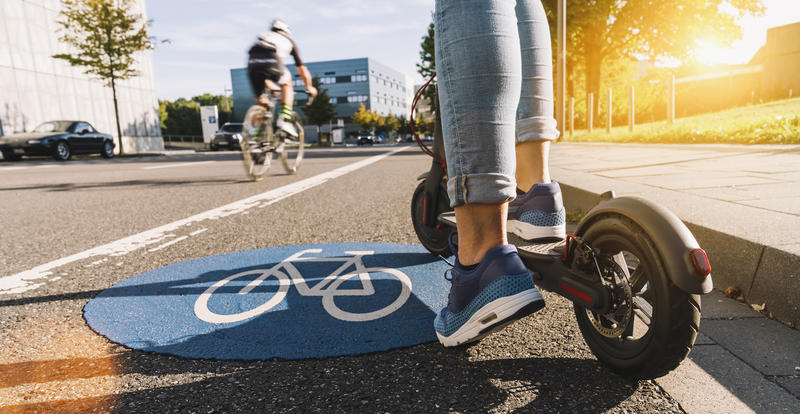 Oxford is likely to have electric scooters for rental very soon

Oxford may soon bolster its transport options with electric scooters capable of 15.5 mph, giving students a whizzy new option besides the humble bicycle.

Several candidate rental companies are believed to have discussed their plans with Oxford City Council.

The government, faced with easing COVID-19 lockdown but not encouraging public transport use, also doesn’t want to recreate gridlocked streets full of cars. This is one factor behind their decision to fast-track trials that will test the scooters’ safety, green credentials and ability to reduce traffic.

Maclean is the incumbent Parliamentary Under Secretary of State for Transport, and read Experimental Psychology at Oxford – an apt choice because no one knows how the scooters will be perceived in the medieval streets of Oxford.

Previous experiments by OFO, Pony and Mobike, providers of dockless bikes for on-demand rental, have been criticised for creating street litter and trip hazards. Some of those providers have already left Oxford after brief experiments.

UK Manager for Swedish e-scooter operator VOI, Richard Corbett, told QUAD that this earlier mess ‘is a cross that successor companies have to bear.’ ‘What these operators forgot is that the city is the first client. Luckily we have evolved the technology now so that the scooters can be corralled into digitally controlled parking spaces, to within one metre of accuracy.’

Individually owned scooters will still be illegal on public roads, despite the fact that thousands are already in use and rarely stopped by the authorities.

In all sorts of ways this bodes well for the technology, which seems to have been an instant hit with the young who may not be able to afford ever-pricier public transport let alone cars, or who can’t be bothered with the puff of cycling or the higher capital costs of e-bikes. 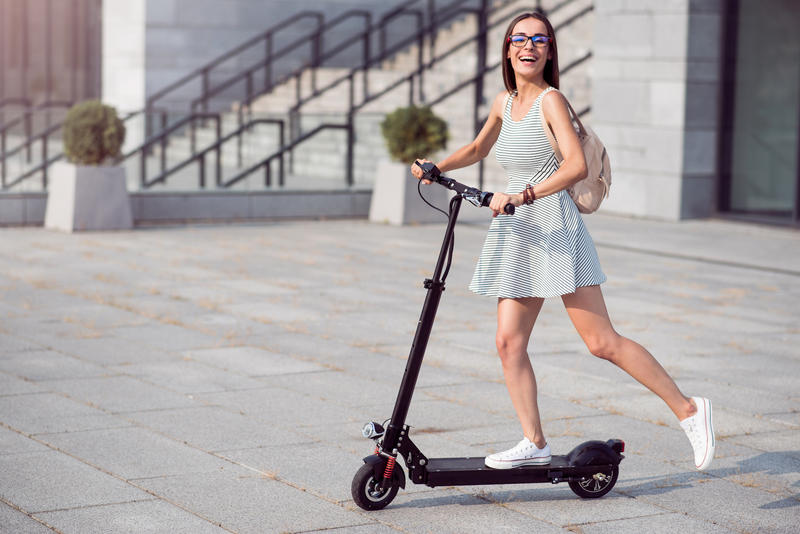 Suffragettes were pictured with motorised scooters more than a century ago, so they're not new. They are potentially much 'greener' than a car but how much so rests on their longevity, their batteries, how they are serviced and whether they substitute a car or merely attract a walker...

At the launch of the trial period of 12 months, Maclean said, ‘As we emerge from lockdown, we have a unique opportunity in transport to build back in a greener, more sustainable way that could lead to cleaner air and healthier communities across Great Britain. E-scooters may offer the potential for convenient, clean and cost-effective travel that may also help ease the burden on the transport network, provide another green alternative to get around and allow for social distancing. The trials will allow us to test whether they do these things.’

Some evidence from cities like Paris, where scooters have long been in circulation, is that they were attractive to walkers as a fast and lazy alternative, but did little to reduce car use. Corbett says that VOI’s data, which covers the Nordic territories where the company is a leader, suggests that people will walk up to about 0.6 miles, but that the average scooter ride is 3 miles or 5kms. ‘Given that 60% of car journeys in the UK are less than 5kms, and so few of those involve more than one occupant, the scooters really do offer a very strong case for themselves as an alternative.’

The rental schemes will involve leading companies in the industry from Great Britain and across the globe working closely with local authorities to provide a plan for the controlled introduction of e-scooters in cities, towns and rural areas.

Riders are encouraged to use helmets but the requirement is not mandatory. However for the trial period they must show evidence of a provisional or full driver’s license, and insurance, the latter to be provided by the rental company as an inclusive element of the rental.

Students will find it novel to attend lectures in this manner – except that they might be attending lectures virtually for the foreseeable future while the pandemic continues to be a risk.