THE COMING WAR OVER SOCIAL MEDIA 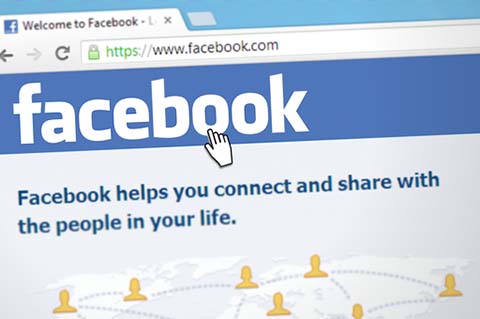 THE COMING WAR OVER SOCIAL MEDIA

Ahead of publication, Richard Lofthouse speaks to the author of an explosive new book about Facebook 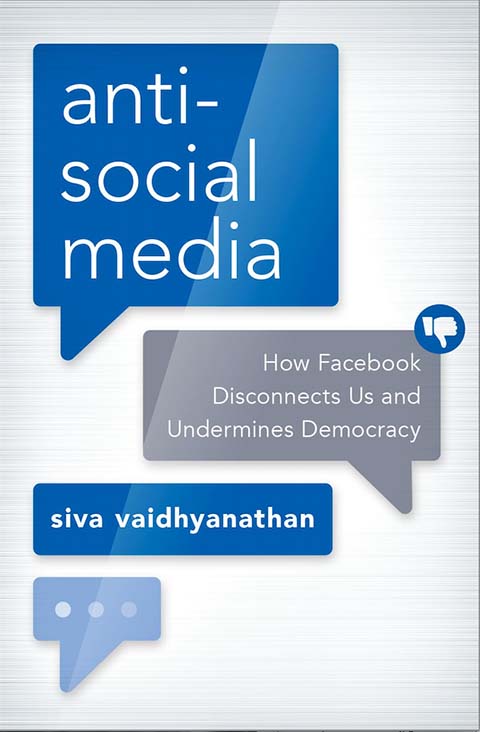 What struck me immediately upon speaking to Siva was his political concern, which is explicitly there in the subtitle of the book, but otherwise easy to overlook. After all, the average reader might ask what could really be wrong with a product that has already soared past 2 billion users, many of whom couldn’t imagine life without Facebook. They might not want a politics seminar. Rest assured, Professor Vaidhyanathan is a born communicator and the book is lively and rests its case at 250 pages. It’s easy to imagine it going on to the New York Times best seller list.

But I ask Siva what he wants his book to achieve, and for whom it’s written, and he turns to politics for his answer. Referring to the concluding section of the book, he says he doesn’t really know what the solution to Facebook is, only that it won’t come from Facebook but from some sort of tough state-authored (not Facebook-led) regulation. This is unavoidable because Facebook’s ability to solve the problems it has caused over data mining toward non-democratic ends, especially but not exclusively in non-OECD countries like Myanmar, ‘is a fantasy.’ 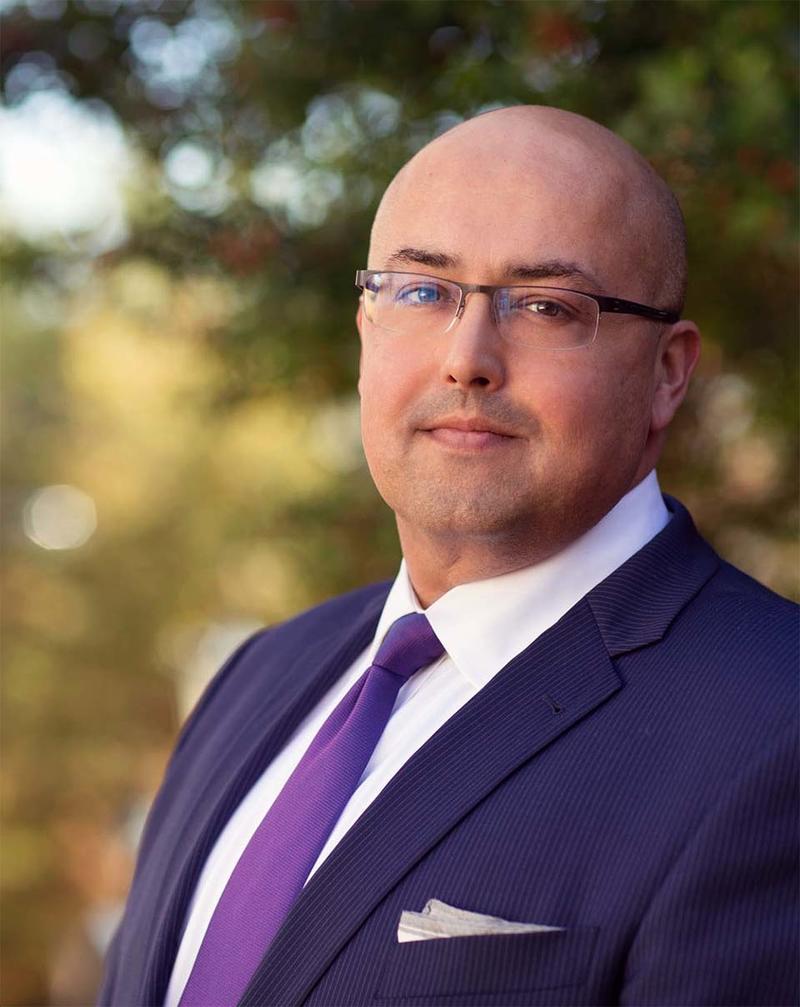 Siva Vaidhyanathan, Professor of Media Studies at the University of Virginia

Whether or not you care about the fate of the Rohinga (there’s a section on this, and it’s eye-opening to the uninitiated, this reviewer included), Siva’s point is ‘we have to get over the idea that companies can solve social problems, that they can take over roles better performed by the state.’ ‘This ‘trust us we mean well’ posture – that’s caused so much trouble,’ he says.

In the book, this subject is treated to a much longer analysis in Chapter 4, where Siva contrasts Milton Freedman’s idea of unfettered capitalism, where a company’s only ‘moral duty’ is to tend to the bottom line, with Whole Foods founder John Mackey who insists that only companies that have a more generous vision of their mission will actually succeed in winning over customers. Luckily, the book manuscript was revised after Amazon bought Whole Foods, but the author wisely resists getting sucked into that deal, merely saying as he said on the phone, that the line between saying you mean well and believing you can do no harm is a very, very thin one. He says, ‘moral rectitude within a company is really corrosive.’

He adds that the day Mark Zuckerberg testified before Congress (April 10th, 2018) was a textbook example of a sort of irritating sincerity armed with ‘goodness’ but not matched by action.

Zuckerberg bobbed and weaved his way through the cross-questioning, ‘sincerely agreeing to the principles of data autonomy but not the practice’. Everything was uttered as a rolling corporate and social responsibility (CSR) pledge, but Siva argues that neither Zuckerberg nor his grinning colleagues in the background really meant it. 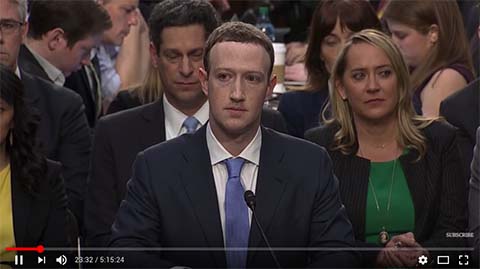 Shortly after that appearance before Congress (pictured above), but ahead of the GDPR legislation taking effect across Europe on May 25th, Facebook quietly moved around 70 per cent of its users to be registered in the US, instead of Ireland, taking them out of the scope of GDPR's requirements. Siva says this is absolutely typical behaviour. The company says it is giving everyone the same privacy protections – no matter where they live or are registered, but Siva prefers a different narrative, that the company does not want the burden of data protection heaped on it, preferring to place that responsibility on the end user.

In practice the end user is unlikely to profoundly understand data technicalities and will doubtless not know what data has been mined from their and their friends’ accounts, which is exactly as Facebook wants it, given that data and targeted advertising is how it pulls in over $27 billion a year in advertising revenue.

Having spent hundreds of hours working through transcripts of Zuckerberg utterances, Siva has concluded that that his sincerity is matched by his narrowness. Zuckerberg is ‘profoundly uneducated,’ Siva writes in the book. On the phone, he says that Facebook treats its users ‘like children or livestock; it does not respect us, but Zuckerberg does care.

Separately from these recent current affairs is the basic way that Facebook operates. It denies users all the normal cues that would ‘ordinarily allow us to identify and assess the source of a story.’ Secondly, it is brilliant at stimulating feelings and ‘explicitly engineered to promote items that generate strong reactions.’ He says, ‘Facebook is great for motivation. It is terrible for deliberation.’ As a result, Facebook undermines our ability to think ‘collectively about our problems.’ Suddenly, we’re back to politics again, and the paradox of Mark Zuckerberg’s ‘sincere devotion to making the world better,’ while he unintentionally ‘invited nefarious parties to hijack it to spread hatred and confusion.’

Siva is perfectly straightforward about his book’s origins. It came out of a conversation with an old friend about whether Facebook had played a role in electing Trump, ‘the worst election of our lifetimes.’ To the extent that this explicitly anti-Trump agenda prevails, it will no doubt seem partisan to critics.

Elsewhere, he attacks what he calls ‘temporal narcissism,’ or the view that our own times are always faster, or more important, than what came before. To the degree that this book is ‘anti-Trump’ it is also bounded by the temporal. But read around the Trump animus and you encounter a multi-layered stream of ideas building on what Vaidhyanathan calls, rather beautifully, ‘a rich tradition of unheeded social and cultural criticism.’

By ‘unheeded’ he means the degree to which technology has more or less steamrollered anything that got in its way, whether in the world of 19th century Norwegian-American economist Thorstein Veblen; or that of mid-twentieth century Hannah Arendt; or that of Vaidhyanathan’s own, late colleague at NYU, Neil Postman, whose 1992 book Technopoly is quietly present in this volume, manifestly so towards the end. These and other intellectuals from Milton Friedman to Susan Sontag are in the book somewhere, so that actually it is not just the ‘history of the last ten minutes,’ a joke the author pokes at himself early on, or even just a stream of recent current affairs like the Cambridge Analytica scandal, although that is handled deftly and unexpectedly (it’s a side show, says Vaidhyanathan. The real problem is not Cambridge Analytica but Facebook.)

Read on and the politics grow stronger. Facebook apparently caused a return to popular or authoritarian-style government in India, Indonesia, Kenya, Poland, Hungary, and the United States (Trump). This culminates in a section titled ‘How Facebook made Trump President.’

Critics who only skip-read in haste will seize on these sections and accuse the author of sensationalism, or a lack of real historical depth.

Contrary to what this might imply, a good chunk of the book tells us not to get sucked into simplistic, techno-fundamentalist explanations for politic outcomes. Social media did not play the role it was held to have in the so-called ‘Twitter revolutions’ of Tunisia and then the Arab Spring in 2011. Revolutions are far, far more complex than the communications technology through which they are conducted. Technology by itself is not a ‘cause,’ but it may emphasise or accelerate a message or an event, just as the printing press did in the Reformation or newspapers and coffee shops in the eighteenth or nineteenth centuries.

But, cautions the author, Facebook made some fundamental changes to its data policy in 2014, and these led to both Cambridge Analytica and a gamut of maladies that seem to beat a path to Trump’s election as US President late in 2016. Front and centre is the inability of Facebook to distinguish between commercial advertising and political propaganda, which leads to sustained inquiry not just about Russian involvement the 2016 US Presidential election but how Facebook happily helped Presidential candidates and provided the data for micro-targetting of floating voters. Trump’s people did this very, very well, spending $70 million a month on Facebook advertising and data, and the election itself was won on extremely narrow voter majorities in key states like Florida. The reader is led to believe that Facebook really did ease Trump into the Whitehouse. 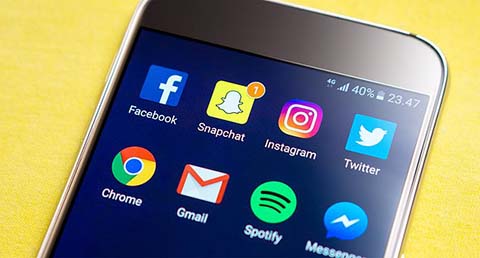 It’s an entertainingly told narrative but leads right back to an appeal for right-headed regulators and a state that citizens can believe in, and companies that make profits but don’t kid themselves that they are saving the world. So if one idea is a GDPR-style privacy law in the US, another one is an anti-monopoly break-up, given that if you discount China’s WeChat, Facebook owns four of the top five platforms: Facebook, Facebook Messenger; Instagram and Whatsapp.

But the firepower of the book lies in why these ideas resonate in 2018 and how we got there. Siva says as much. He says that there is plenty of curiosity but far too little analysis, as the media storm over Cambridge Analytica demonstrated. ‘I want to create tools by which we can agree a narrative and think through problems,’ he says. We need a vocabulary that we have so far been denied. It might seem strange, that there could be so much fury over a web service designed to allow people to share pictures of kittens and relatives, but that’s precisely the point of the book.

Oxford University Press will publish Antisocial Media, How Facebook Disconnects Us and Undermines Democracy, by Siva Vaidhyanathan, on June 21st, 2018.