I had been feeling under the weather for some time when my health suddenly nose-dived: violent headaches, a burning face, dizziness, brain fog, palpitations, and utter exhaustion. This was September 2008, and the abrupt deterioration coincided with the installation of wi-fi and cordless landline phones in the Paris university building where I worked. After some digging online I found that many of my symptoms were shared by others. In an environment with little wireless connectivity, my symptoms would disappear. 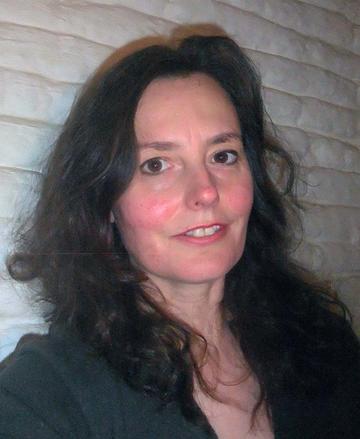 Thankfully my experience is not (yet) typical of the general population, though I’ve met, talked and emailed with plenty of others—including other Oxford alumni—who have suffered similar symptoms and worse.

With the roll-out of smart meters and with 5G and the Internet of Things on the horizon, public exposure to anthropogenic radio-frequency radiation (RFR) used in wireless technologies is set to be ramped up further. Scientists from around the world are expressing increasing levels of concern about the health and environmental impacts of RFR exposure.

In 2015, over 200 scientists from 41 countries, all specialists in the effects of electromagnetic fields (EMFs) on biological systems, signed an appeal to the UN and the WHO calling for more protective exposure limits and for the public to be advised to reduce its exposure to anthropogenic RFR.

The current public health line is that exposure to RFR at levels that do not cause tissue heating—so-called non-thermal levels—is safe. The appeal to the UN begged to differ, noting that published effects at levels below current international guidelines included increased cancer risk, cellular stress, increases in harmful free radicals and genetic damage, structural and functional changes of the reproductive system, learning and memory deficits, neurological disorders, and negative impacts on general well-being.

One of the most widespread impacts of RFR may be impaired sleep, which has many knock-on impacts on health. The number of mainstream press articles on sleeplessness has skyrocketed, and, while there are certainly many causes, several studies have associated RFR exposure with inhibiting the production of melatonin, the hormone essential for restorative sleep, which is also a powerful antioxidant. Blue light from screens together with ambient RFR levels may be contributing to the current epidemic of sleeplessness.

The substantial—and ever-growing—body of evidence of biological effects from non-thermal RFR exposure has prompted me and many others all over the world to seek to raise awareness of the potential detrimental health impacts of long-term exposure to wireless radiation, especially among children and young people. Several recent documentaries, such as Thank You for Calling (Klaus Scheidsteger, 2016) and Generation Zapped (Sabine El Gemayel, 2017), have also sought to bring the issue to public attention. There is even a TED talk on the subject, ‘A Wireless Wake-Up Call’, by engineer and safe technology advocate Jeromy Johnson. 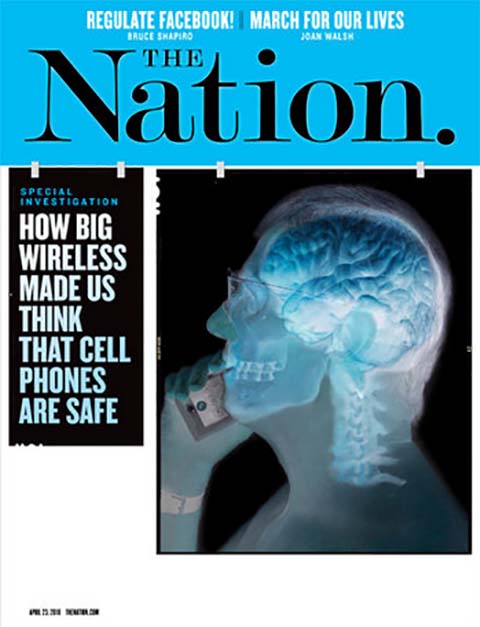 Focusing on corporate interference in RFR science, the American weekly The Nation published, on 29 March 2018, a lengthy investigative article entitled ‘How Big Wireless Made Us Think That Cell Phones Are Safe: A Special Investigation. The disinformation campaign—and massive radiation increase—behind the 5G rollout.’ I would challenge anyone to remain unconcerned after reading this article.

March 2018 also saw some significant developments in RFR research, which raise further questions about the wisdom of our widespread abandonment of wires in favour of wireless.

The US National Toxicology Program’s $25m study on the effects of mobile phone radiation was peer-reviewed. One of the review panel’s principal conclusions is that there is ‘clear evidence of carcinogenic activity’: rats exposed to RFR developed rare heart tumours (schwannomas). The panel also confirmed ‘some evidence’ of a link between RFR and brain cancer.

Publication of a review paper entitled ‘Wi-fi is an important threat to human health’ (Environmental Research) by Martin Pall, one of the leading specialists on the health impacts of RFR, coincided with the release of the findings of a UK study (Journal of Environmental and Public Health) showing a 2.5-fold increase in the incidence of glioblastoma multiforme (GBM), the most aggressive type of brain tumour. 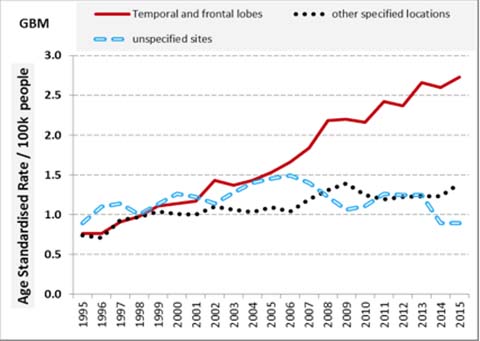 2.5-fold increase in the incidence of glioblastoma multiforme (GBM)

Between 1995 and 2015, annual cases in England increased from 983 to 2,531. Lead author Alasdair Philips tells me that, among several possible causal factors, ‘mobile phone use seems highly likely’.

Since 2005 the UK Chief Medical Officers have recommended that children and young people under 16 should use mobile phones for essential purposes only and keep all calls short. Hardly any parents are aware of this advice, however; it has been very poorly disseminated and many children now routinely use smart phones. According to government data, half of UK children between the ages of 9 and 16 use a smart phone every day—in addition to being exposed to RFR all day at school in the form of wi-fi.

As our increasingly RFR-dependent economy appears to be founded on a false scientific paradigm (i.e., anthropogenic RFR is harmless unless it causes body tissue to heat up), it will likely prove unsustainable in the long term. So besides exercising more restraint in our use of wireless as it stands, we ought to be looking into developing alternative technologies that are bio-compatible and thus future-proof. In parallel with developing a low-carbon economy, we should be aiming for a sustainable, low-RFR economy. With vision and ambition, the University of Oxford—or some of its enterprising alumni—could today start helping to pioneer the safe, bio-friendly technologies of tomorrow. I for one would be proud to see my alma mater take up the challenge.

Annelie Fitzgerald PhD (LMH, 1990) teaches English Literature and Language at the University of Toulouse (Jean-Jaurès) and spends as much time as possible in low-RFR parts of Wales and France. She has been following the research on wireless radiation and health for almost a decade and is an active member of the awareness-raising campaign groups Safe Schools Information Technology Alliance, Wiser Wireless Wales and Robin des Toits.

Author note: Many thanks to Dr Penny Gray for editorial assistance with this piece.