The Board consists of 20 volunteer members:

Board meetings take place three times a year: September and May in Oxford, and January in London. 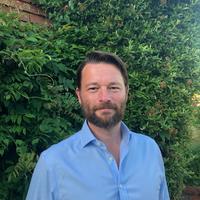 James is a former diplomat, strategy consultant and corporate financier. He read PPE at Keble in the mid-1990s, where he was also a keen rower. Since Oxford, he has advised on strategic challenges with McKinsey & Co, the Foreign Office, UBS Warburg, as chief executive of a partnership of former ambassadors, and now with Hakluyt & Company. Having lived in London, New York, Hong Kong, Sydney and Belgrade, he and his family are now happily settled in Berkshire. 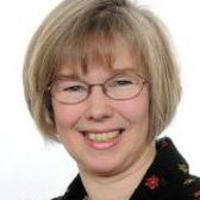 Judith graduated in Mathematics from LMH and has broad financial and commercial experience from a variety of leadership roles.

She qualified as an accountant with Price Waterhouse (now PwC) in London and subsequently pursued a career in Finance with HSBC UK where she was Group Chief Accountant and subsequently Group Financial Controller. She spent over 15 years working in the insurance industry, working at AXA PPP healthcare where she was Risk and Compliance Director and subsequently Strategic Development and Change Director, responsible for leading change programmes and corporate acquisition and disposal activity. In addition to her commercial roles at AXA, Judith was mentor to the graduate scheme.

Judith main interests are in music, theatre and education. She is a governor of a Kent grammar school, director of a Kent theatre and trustee of an Oxfordshire opera festival. 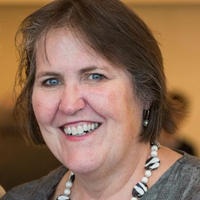 In 2004, Maureen became Oxford’s first departmental fundraiser as the Director of Development for the Law Faculty.  Prior to this, Maureen held a variety of positions including a lecturer in humanities at Franklin Institute of Boston, a legal researcher on a state-wide legal needs study for the State of Massachusetts, and Director of Development at both Earthwatch , an organisation that funds scientific field research throughout the world, and The Royal Institution of Great Britain. 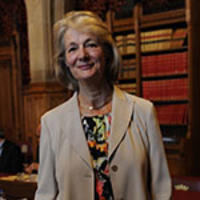 Baroness Jay of Paddington is a Life Peer and Labour Party politician. Baroness Jay was also formerly a BBC television producer and presenter. Baroness Jay, the daughter of former British Prime Minister James Callaghan, was appointed a Life Peer in 1992 and acted as an opposition whip in the House of Lords. After Labour’s 1997 election victory she became a Minister in the Department of Health and, in 1998, Minister for Women and Leader of the House of Lords with a seat in the Cabinet. Baroness Jay remains active in the House of Lords as a Privy Counsellor and has chaired the Select Committee on the Constitution. Outside parliament she is a Trustee of the Europaeum Group and a Senior Fellow of Somerville College. 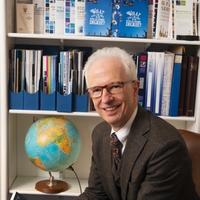 Jonathan has been director of the University of Oxford Careers Service since 2008. Prior to this he held a number of senior commercial roles at Booz & Co, Harcourt Brace, and Times Mirror and was co-founder of an internet start-up successfully sold to Elsevier. Jonathan is a Professorial Fellow and Tutor for Welfare at New College, is Chair of Oxford Hub, and writes the regular ‘Dear Jonathan’ careers column in the Financial Times. 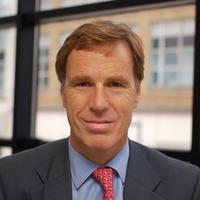 Following an executive career in corporate finance law and banking, Christian Brodie took on a number of Chair roles in Higher Education, including the University of Sussex, the Council of UCAS and the Student Loans Company. He is now Chair of the South East Local Enterprise Partnership which is involved in regional development and Chair (Elect) of the Wates Foundation, his family’s charitable foundation, which has donated to charitable causes mainly in London and the South. 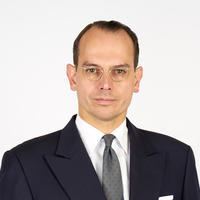 Lennart is Managing Director of the Leadership Excellence Institute of Zeppelin University, Lake Constance. Before his current position, he held a variety of managerial responsibilities in academia, focusing on technology transfer, entrepreneurship, development, and international strategy. Lennart started his career in the industry before taking up his D.Phil. in Modern Languages at Oxford (St. John’s) in 2004. He lives in Überlingen, Germany, with his wife and daughter. 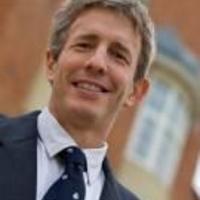 Nick Brown is Principal of Linacre College where he was also a doctoral student from 1986 to 1990. He is a plant ecologist with over 20 years’ experience in research, teaching and consultancy. He is Chairman of Trustees for the Tertiary Education Trust for Africa, and also chairs Oxford University’s Buildings and Estates Committee responsible for the construction, management and maintenance of university buildings and land. 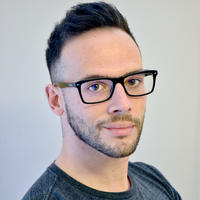 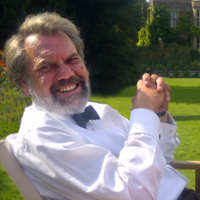 We are sad to note the death of an esteemed colleague and valued member of the Board, Professor Angus Hawkins. Our thoughts are with his family and friends at this difficult time.

Angus Hawkins was Professor of Modern British History, a Fellow of the Royal Historical Society and a Fellow of Keble College. His publications and research focussed on political and constitutional aspects of British politics in the 19th and 20th century. As Director of Public and International Programmes, in the Oxford Department for Continuing Education, he oversaw alumni programmes held at Oxford for Stanford University, UC Berkeley, the University of Chicago, Duke University and other overseas institutions. 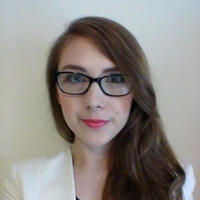 Laura read History of Art at St Catherine's before establishing a career in External Affairs and Alumni Relations. She has worked in the private and higher education sectors, creating strategies and delivering campaigns to engage alumni across the globe.

She has previously acted as Regional Secretary for the Thames Valley Region of the Institute for Development Professionals in Education, and presented at the Chartered Association of Business Schools Professional Managers’ Annual Conference. 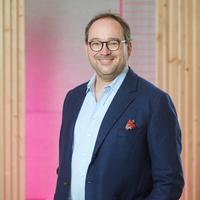 Marco Janezic is Founding Partner of BlueRibbon Partners, a company builder focusing on the (digital) life sciences.  He is a multiple entrepreneur, investor and advisor with a track record in tech, digital media and impact investing. Prior to this he worked in investment banking and management consulting.  He holds an M.A. in Physics and Philosophy of the University of Oxford. In his spare time he enjoys life music, reading and running the family vineyard. 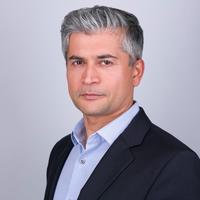 James lives and breathes technology. He is a highly experienced business technologist and leader with twenty-four years of achievements spanning all aspects of enterprise IT strategy: digital and technology transformation; enterprise and solution architecture; software engineering and delivery; global teams management; and information and cyber security. 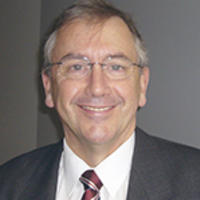 After PPE and a Cert Ed, Chris joined the BBC for a career as a news reporter and presenter. After retirement, he became a magistrate, a school governor, and a board member of Middlesex County Cricket Club. Chris has kept in close touch with BNC and organised several reunions. He is enormously proud of being an Oxford graduate and of being able to share that pride and passion with alumni more widely. 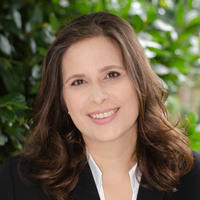 Emma now works in the investments team at innovations charity, Nesta. Emma has a background in the research and evaluation of social programmes, for example, looking at children’s and youth services; the financial inclusion, employment and social integration of those hardest to reach. She began her career at the University of East London and went on to work for a range of charities and public sector organisations. She studied PPE at Lady Margaret Hall from 1994. 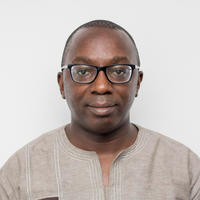 Kwabs is an experienced investment banker and management consultant. He is the Executive Vice Chairman of IC Group, a company with significant holdings in investment banking and asset management in Africa. He also serves as the Managing Director of IC Securities and the Chairman of IC Asset Managers. He previously worked at JP Morgan, LongAcre Partners and McKinsey. He holds a MEng in Engineering, Economics, and Management from Oxford and an MBA from Harvard. Kwabena is an Archbishop Desmond Tutu Fellow. 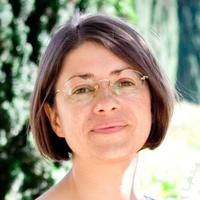 Corinne read PPE at Christ Church before beginning her career in communications, campaigning and income generation and more recently corporate strategy and organisational change. She has worked in the commercial and charitable sectors and is currently Director of Fundraising, Marketing and Communications at the Wildfowl and Wetlands Trust (WWT). Corinne has a lifelong love of the natural world and has an MSc in Environment, Politics and Society from UCL. She is a Trustee of CPRE, the countryside charity, and a former Chief Executive of Campaign for National Parks. 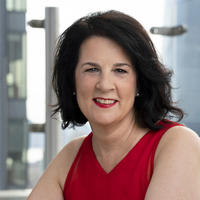 Amanda is the CEO of 100WF, an organization of 17,000 members in 26 locations that is focused on empowering women in the finance industry and inspiring the next generation. She leads a staff team and oversees 500 volunteer practitioners globally. Amanda serves on the following: HALO Trust (USA) Board; American Friends of The National Portrait Gallery (London) Foundation Board; Director, Oxford University Alumni Board; President; Brasenose Society; Vice Chair, WNF; Chair and Non-Executive Director of the Board, FlyPlymouth.

Chantal is an innovator and pioneer in the fields of international development and sport. She is currently constructing The Sports Restorative Justice Charter for the Commonwealth Games Federation in London. This charter provides solutions for future policy-making processes towards peaceful and sustainable development for the 72 member countries of the Commonwealth.

Chantal is from Toronto and her hobbies include teaching classical piano; being a personal trainer; and flying glider planes in the French Alps. 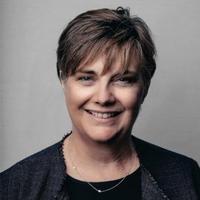 Paula has spent her career at the forefront of technology, building companies from zero to late-stage growth in Robotics, the Internet of Things (IoT), and most recently Information Security. She is currently Chief Marketing Officer for Incognia. She is an active member of the Oxford entrepreneurial community, and is co-founder and fund manager of the Oxford Angel Fund. Paula completed a B.A. Engineering at St Edmund Hall, and an MS in Robotics at U.C. Berkeley.

Summary of past Alumni Board Meetings

Purpose: The Society’s purpose is as set out in University Regulations:

"The Oxford University Society ("the Society") shall be an organisation within the University under Council for bringing together alumni of the University and encouraging and co-ordinating their support for the collegiate University, other than that concerned with fundraising. It serves as the focus for alumni relations and activities on behalf of the University."