UNIVERSITIES INTO THE BREACH 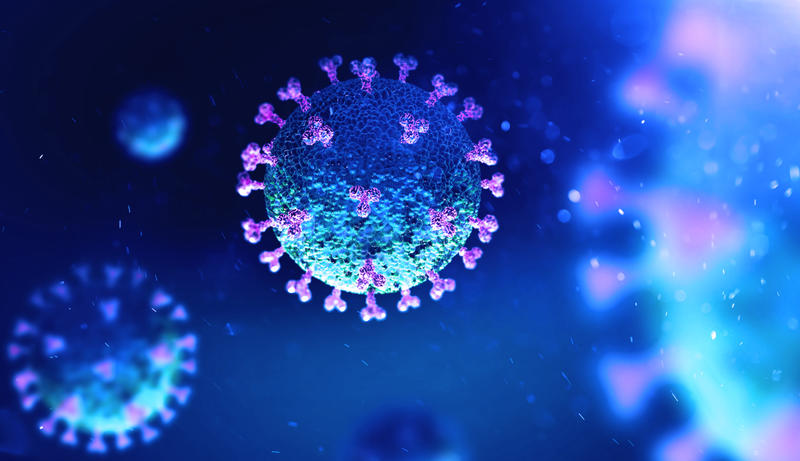 UNIVERSITIES INTO THE BREACH

Professor Louise Richardson, Vice-Chancellor of the University of Oxford, explores the international response to Covid-19 and the role of universities, who are working with colleagues across the globe to understand the disease and protect our communities

One of the very many disheartening aspects of the Covid-19 pandemic is the near absence of international institutions in fashioning a response to this global crisis. The G7 could not agree a statement and the G20 could only agree that the problem was both global and serious. Disease, like other grave threats to the world today, most notably climate change, does not respect national borders and yet the response has tended to be a nationalist one. It is precisely at times like this that we need strong international institutions who will share information, insist on reliable information – and have the courage to call out those not providing accurate information – and who will ensure that the poorest countries and their populations are not forgotten in the rush for an effective response. The WHO has been the only international institution in evidence throughout the crisis.

It is striking that while the US, the UK, and other countries are committing eye-watering sums to tackling the pandemic and mitigating the impact on their population and their economy, the amount of funding committed to the developing world is derisory. Countries in Africa are not yet indicating large numbers of cases, but that is only because they do not have the means to test and we know their health care systems are seriously under-resourced at the best of times.

That this pandemic occurred at all, of course, reflects a failure of international institutions and national governments too. We have had warnings. The SARS epidemic of 2002-04 was believed to have begun in an Asian wet market. The current coronavirus is believed to have begun in a wet market in Wuhan, and reports are that as China returns to normal, wet markets are again emerging in the poorest districts of some Chinese cities. The Ebola crisis should have served as a warning too but that involved people dying far away from the wealthy streets of the west and the lessons were ignored.

There was no shortage of people pointing to our vulnerability to a pandemic, and they were not all obscure academics; just see Bill Gates’ TED talk of 2015 in which he contrasted the vast sums spent on nuclear deterrence to the paltry sums spend on pandemic preparedness. Governments have preferred to see security in military terms, epaulettes never stethoscopes. Production of vital pharmaceuticals was outsourced to the cheapest providers, generally China and India, all in the name of private profit and public economy.

We seem to have come full circle. Globalisation, which brought enormous wealth to many parts of the world, led to gross inequalities in the distribution of it benefits. Those who lost out took their revenge at the ballot box and elected leaders the world over on a populist tide. These leaders, in turn, showed only distain for the constraints imposed by international institutions and unilateralism reigned. Now we all face a global crisis which requires international cooperation, but the mechanisms for delivering it have been weakened.

Far below the haute politique of international relations, there are global institutions in the trenches that are working to find a vaccine, develop effective therapeutics and use technology to design treatments and expedite mass production. They are working together with colleagues from around the world, including the global south. They are, of course, universities.

I can speak only to the work of my own university, the University of Oxford.  But there are a great many other universities around the world in which international teams of talented and committed researchers are working around the clock to find a cure for, and mitigate the impact of, Covid-19.

While the medieval streets of Oxford are deserted, some of our labs are buzzing. We have an estimated 500 researchers, assisted by an equal number of technicians and support staff, who are engaged in Coronavirus related research. We also have large teams around the world, in Thailand, Vietnam and Kenya, who are working with local collaborators, as they have done for years, seeking to build local capacity and to understand and to counter respiratory and other diseases.

The University of Oxford has been around so long we don’t quite know how long, but between eight and nine hundred years. We have lasted as long as we have because of the enduring value of what we do: push at the frontiers of knowledge, educate the next generation, and contribute to the world around us. The growth of the University accelerated after 1169 when Henry II banned English scholars from travelling to the University of Paris. Efforts to constrain the free flow of ideas have never worked and universities have thrived precisely because of our ability to recruit scholars from anywhere and everywhere who want to engage with one another. Just two months ago my biggest challenge was responding to the constraints Brexit might pose on our ability to recruit globally. Today that challenge pales into insignificance in the face of the enormous financial and operational challenges posed by this pandemic.

While we are responding to the challenges presented, we take enormous pride in the work of our academics, medics and researchers. These scholars, from all over the world, are not driven by individualistic competition for plaudits, profits or political advantage but rather by the age-old mission of contributing to the world around us.

Here in Oxford a team at the Jenner Institute led by Professor Sarah Gilbert, that had previously worked on a vaccine for MERS, has identified a non-replicating viral vector vaccine candidate: ChAdOx1 nCoV. GMP manufacturing at the Clinical Biomanufacturing Facility in Oxford is in progress. Recruitment for human participants has begun with plans for first-in-man testing by 22 April. This is an international effort with plans for large-scale production in Italy, India and China. Simultaneously the vaccine is being tested for protections against disease and the absence of any adverse effects in animal models in Rocky Mountain Labs in the US, the 'CSIROxbridge Consortium' in Australia and Porton Down in the UK.  We believe this to be the only vaccine candidate aiming for efficacy in humans by late June.

In addition to working on a vaccine our researchers are developing and repurposing drugs, predicting future outbreaks, informing public health, developing diagnostic tools and understanding behaviours and the resulting social impact.

Professor Peter Horby, who led the University’s work in response to SARS when he was Director of the Oxford University Clinical Research Unit in Hanoi, Vietnam and later led our response to Ebola, has been contributing to the response in Wuhan since early January, including the first randomised controlled trials of anti-viral drugs. He and other colleagues have been collaborating with the Chinese Academy of Medical Sciences and the China Centre for Disease Control throughout the crisis. In the UK he and other Oxford researchers have launched a national clinical trial to test the effectiveness of the HIV drug lopinavir-ritonavir and the steroid dexamethasone in the treatment of Covid-19 patients. Meanwhile Professor Guy Thwaites is conducting a clinical trial of chloroquine for the treatment of Covid-19 in Vietnam, in close collaboration with the Vietnam Ministry of Health.

Medics in our overseas programmes have been working on respiratory diseases for a long time. Our team in Thailand, led by Professor Nick Day and working with colleagues in the Mahidol Oxford Tropical Medicine Research Unit which, like our other oversees programmes, is funded by the Wellcome Trust, is conducting large scale multinational clinical trials. They are currently conducting a trial of chloroquine/hydroxchloroquine for the prevention of Covid-19 in healthcare workers, with planned sites in Thailand, Vietnam, Laos, Italy and the UK. They have also simulated and advised on chloroquine dosing for the WHO-led multi-centre study. The environment for scientific studies on these drugs has been difficult ever since President Trump promoted them as a cure for Covid-19. The Indian government has now recommended hydroxychloroquine as prophylaxis for health workers without evidence of its benefit, so a randomised trial cannot be conducted. Publicity around the benefits of the drug has also led to fatalities as individuals treat themselves and accidentally overdose. In addition to clinical trials our teams in Thailand are modelling the outbreak of Covid-19 in Asia and working on optimising critical care in low resource settings.

Oxford academics have been based at the KEMRI Wellcome Research Programme – where there are 850 employees – for over 25 years. They work across three main hubs in Kenya and Uganda: Nairobi, Kilifi and Mbale, with further international reach through collaborating sites. Led by Professor Philip Bejon, the KEMRI-Wellcome site has been at the forefront of developing vaccines for Malaria. Currently they are one of three sites in the country testing for Covid-19. They have worked on a long list of vaccines and conducted phase 1 Ebola trials as well as early stage trials of Rift Valley fever and Yellow fever. Their modelling group has spent almost 15 years working on respiratory viruses in Kenya. As such they understand the pattern of contacts. So that if a healthy male in a rural Kenyan homestead gets a disease they have the data to know how many people he will have been in contact with. In the words of Professor Bejon: ‘You can’t decide to start doing these things when the crisis strikes, you have to be there already.’ As a result of a programme of capacity building over many years most of the programmes are led by impressive Kenyan scientists. The KEMRI-Wellcome team are keen to work with colleagues in the Jenner Institute in Oxford so that they can test the vaccine, arguing that they do not want all the early testing done in Europe, which would inevitably mean a delay in getting the vaccine to Africa.

There are a great many more examples of Oxford’s medical researchers collaborating with colleagues around the world to help to fashion a more effective response to this pandemic. The contributions are not only made by medics. Our engineers too are developing ventilators, testing kits and tracing apps, while social scientists are modelling societal reactions and adaptations. In short, it is the bringing together of people from different nationalities, different perspectives, different disciplines with a shared commitment to translate the academic research of the university for the betterment of society that is leading the way in the global response to Covid-19.

Louise Richardson
Vice-Chancellor of the University of Oxford

Oxford has over 100 researchers working on the urgent response to the Coronavirus outbreak. Public donations of any size will be rapidly put to use in our frontline research.