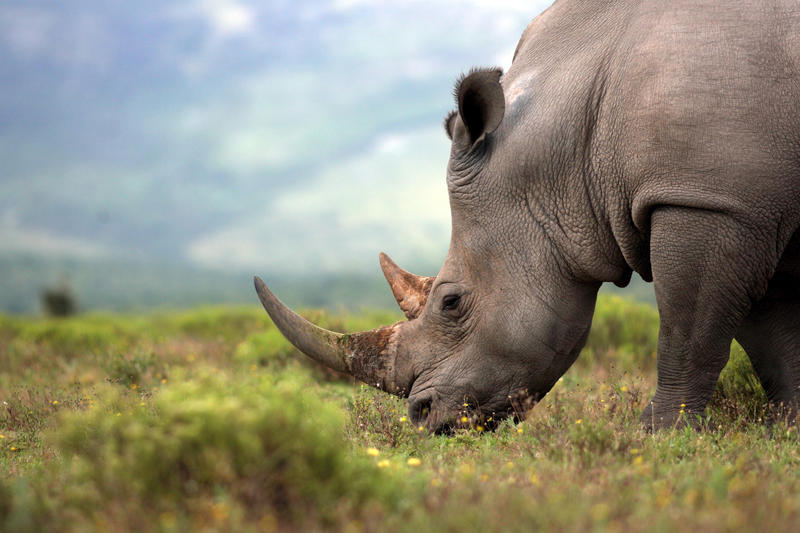 Scientists from the University of Oxford and Fudan University, Shanghai, have invented a way to create fake rhino horn using horse hair. Published today in Scientific Report they hope their method will provide a blueprint to create credible fakes that could eventually flood a market which has decimated the wild rhino population. 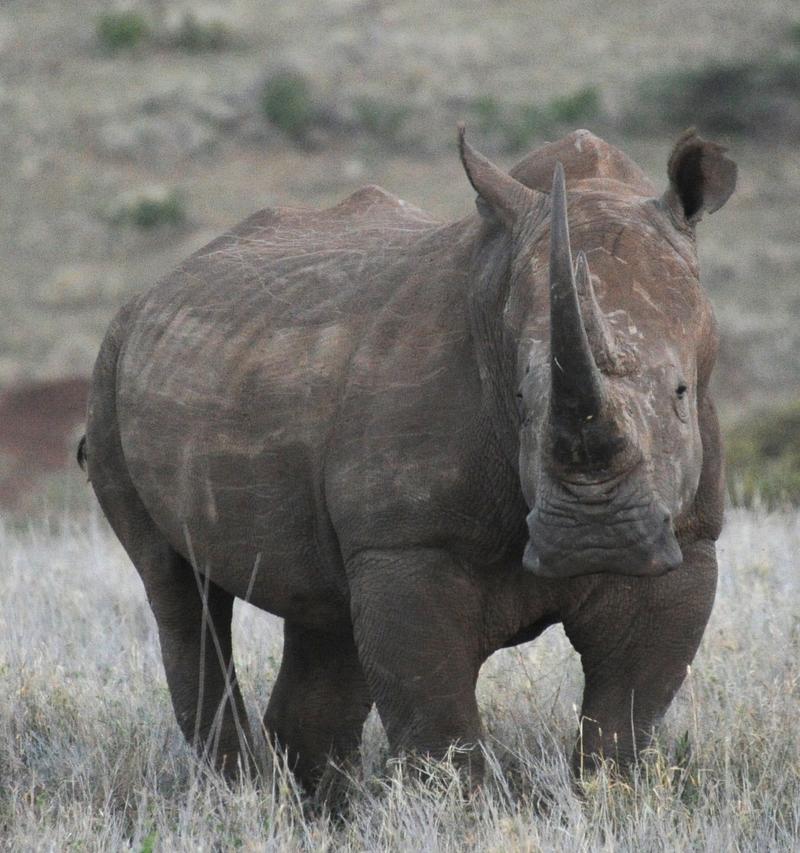 Grass (or White) Rhino in Lewa Conservancy in Northern Kenya

In Chinese medicine rhino horn is believed to have many benefits, including working as an aphrodisiac. In reality the sellers are often cutting the horn with ground up Viagra. Whatever the exact hidden blend may be, the undimmed demand for rhino horn continues to drive poaching with devastating effect for the few populations left in the wild. This study aims to provide a way to confuse and thus hopefully diminish the demand for real rhino horns by showing a way to a vastly cheaper copy that can be used to infiltrate the market.

The horn of the rhinoceros is not a horn in the traditional sense like the horn of a cow or the nail of a hoof, though it does share some material properties. The rhino’s horn is actually a tuft of hair that grows, tightly packed and glued together by exudates from sebaceous glands, on the nose of the animal.

In this proof of concept, the scientists bundled together tail hairs of the rhino’s near relative, the horse, and glued them together with a bespoke matrix of regenerated silk to mimic the collagenous component of the real horn. This approach allowed them to fabricate sample structures that were confusingly similar to real rhino horn in look, feel and properties. Analytical studies demonstrated similarities in composition and properties with natural and the faux horns.

Co-lead author, Professor Fritz Vollrath, from the University of Oxford’s Department of Zoology, said: ‘It appears from our investigation that it is rather easy as well as cheap to make a bio-inspired hornlike material that mimics the rhino’s extravagantly expensive tuft of nose hair. We leave it to others to develop this technology further with the aim to confuse the trade, depress prices and thus support rhino conservation.’ 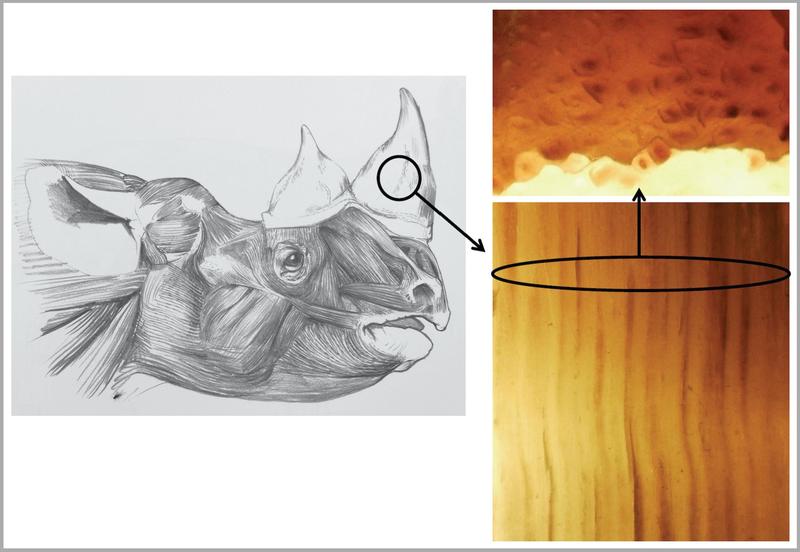 Rhino survival is critically challenged by the trade in its horn and other horn substitutes are being developed in the hope to undermine the market in this much sought after - if generally banned commodity. The authors of this study believe that it is important that plausible copies should be simple to produce while being very similar in both structure and chemical composition.  And tail hairs from horses, glued together with a silk-based filler, seem to fulfil this condition.  Importantly, this bio-composite is easily moulded into a rhino horn copy with a microstructure that, when cut and polished, is remarkably similar to that of the real horn.

Co-author, Ruixin Mi, from the Department of Macromolecular Science, Fudan University, said: ‘Our study demonstrates that materials science can contribute to fundamental issues in biology and conservation.  The fundamental structure of the rhino horn is a highly evolved and tough fibre reinforced bio-composite and we hope that our attempts to copy it will not only undermine the trade in rhino horn but might also find uses as a novel bio-inspired material.’