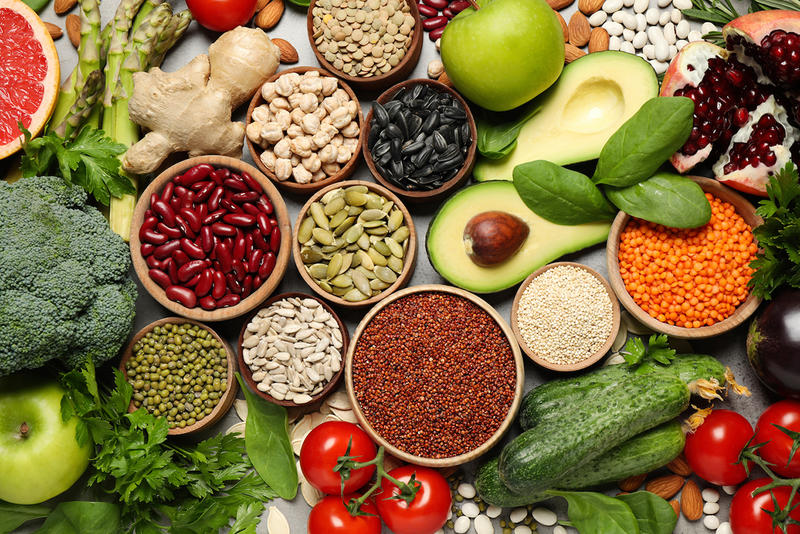 Five years ago I went vegan, and the experiment lasted exactly five weeks before I caved in owing to missing dairy milk in my coffee.

But to be completely and selfishly clear, I felt better at the end of it. I felt fitter and lighter. 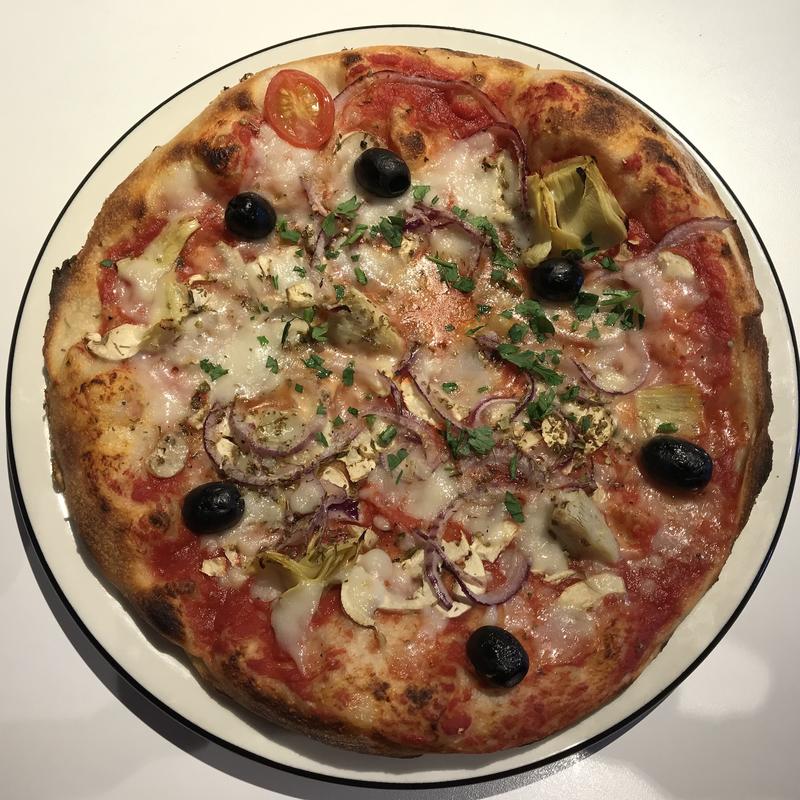 Without real cheese is it still a pizza? Originally the dish didn't have cheese - it was tomatoes added to foccacia bread. Only affluence led to the addition of cheese. In this case the 'cheese' you're looking at is a non-dairy substitute.

The climate argument about the carbon intensity of meat, and the biodiversity argument about what gets chopped down for pasture to feed cattle, had not really entered my mind. That’s all happened in the last year or so. We’ll come back to that.

To reiterate, vegan means no meat and no fish, but also no dairy and no animal products. In the strict sense this even extends to honey, because bees make honey for themselves, not for us. We steal it from them and without their consent (not everyone agrees with that, but it’s a well-advanced view within the vegan movement).

Being vegan sounds formidable, going much further than being vegetarian, itself too large a sacrifice for many individuals raised on meat and two veg every night, and if not that then at least fish fingers. Like me.

Vegan means no cheese boards, no eggs, no butter, no milk.

I’m not a vegan today, but my short-lived experiment was impactful. I Iearned a lot and became more conscious of food and nutrition.

I eat delicious dishes I didn’t know about before, apart from any ethical considerations, and my view is that people are more likely to give veganism a shot if they have access to great recipes than that they feel guilty about climate change.

My meat consumption has dwindled to once or twice a week, maybe not even that.

My strongest memory of the experiment was being in Paddington railway station, London, in search of lunch.

It dawned on me that no outlet served sandwiches without mayonnaise, which has egg in it. I ended up eating a bag of crisps and an apple.

It was a turning point insight. We live in a world of convenience bent to the whims of commercial profitability. Look at what a cheap, not very healthy filler mayo has become, the ubiquitous sandwich cement.

There is rapid change in the air now. Some outlets remain pretty mayo-laden, but in others you can find yoghurt, or new ingredients like sauerkraut.

Back then, on another hit-and-miss lunch run, I distinctly remember buying a bread roll and a pot of hummus in a Birmingham Tesco Metro, again for want of alternatives.

Hummus leads directly to the main lesson that I drew from my vegan experiment, that our meat and dairy diets are essentially a Western habit.

The minute you visit a Lebanese restaurant, or various culinary traditions in other Asian or South Asian cultures, you’re eating vegan without necessarily even realising it. The food is delicious; it just happens to also be vegan (or vegetarian).

Tick the vegan box on a long-haul flight, as I have, and you’ll get rice or beans or sweet potatoes with spices. A curry of one stripe or another.

One of the greatest culinary hits of my neighbourhood in Stoke Newington, London, is an Indian restaurant called Rasa, centred on Keralan cooking. The founding restaurant remains vegetarian.

In the past year there has been a broad excitement about vegan alternatives, but still they have tended to be plant-based substitutes for meaty staples – consider how a vegan ‘sausage roll’ has powered the stock price of UK high street favourite Greggs; or how the plant-based burger brand Beyond Meat sizzled to a $1.5bn valuation on the New York Stock Exchange, in May.

I’m a bit sceptical, and yet I did have a damascene moment when fast food outlet Leon launched its Love Burger earlier this year. I purposefully walked into their Holborn outlet and ordered one.

Having enjoyed it, I suddenly realised that the whole ‘experience’ of eating a burger is not actually very much to do with the meat. It’s about taste, texture and all the side trappings like ketchup and pickles. The Love Burger had all the sensations including grilled-smokiness, so I didn’t mind at all that it wasn’t beef.

In fact, if you had blindfolded me I would have given it top marks well ahead of many meat burgers I have eaten.

Ditto burritos. I taste-tested them all back to back over a succession of nights. The greatest taste is the vegetarian one even though I was sure it would be the pulled pork, the grilled chicken or the braised steak.

Now we have the documentary film Game Changers. It released in September and came to Netflix in the UK in mid-October.

My cycling friends all went on Whatsapp and the debate began. Now there is a ‘plant-based’ Whatsapp sub-group and we’re all swapping recipes.

I’m not going to rehearse the film’s agenda, which to not put too fine a point on it is one-sidedly pro-plant. But it’s an eye-opener anyway and very entertaining. I’ll be amazed if it doesn’t change your view on the food industry and your health.

Oxford has had a very mixed experience of all this. Where there have been JCR motions for meat-free Mondays there have quickly been counter-motions. Nonetheless, there has been a Vegan Norrington Table produced by one student society (Mansfield came out top) and far from going away the issue is suddenly part of the University's research output, now that the full environmental implications of diet are being explained.

Dr Michael Clark, a post-doctoral researcher, and Dr Marco Springmann, a senior Researcher in Population, both at the Oxford Martin School, recently published a paper assessing the health and environmental impacts of 15 foods common in western diets. They discovered a remarkable ‘win-win’ for both people and planet. 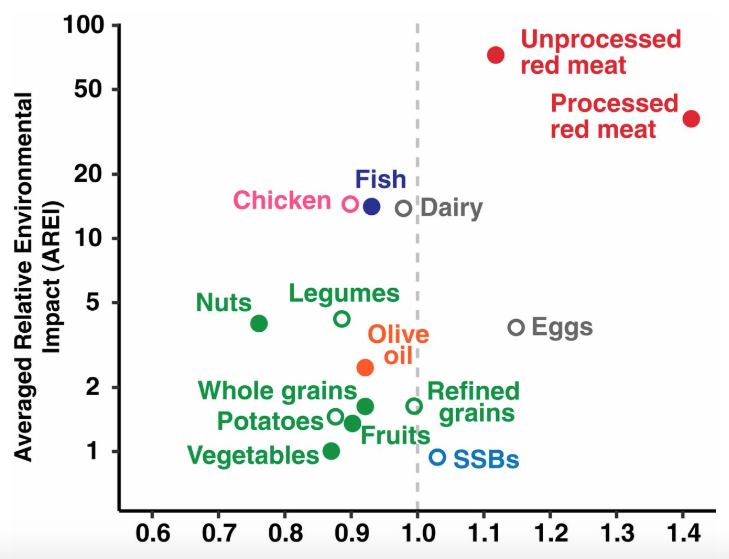 Michael Clark and colleagues demonstrate that it's a win-win for public health and planetary health, the healthiest, lowest environmental impact food type being...vegetables.

Fruit, vegetables, beans and wholegrains are much healthier for humans, and they are also much better for the environment.

Conversely, red and processed meat consumption causes the most ill health and pollution.

Even the belle epoque-styled brasserie Oxford Ivy, which opens in Oxford on November 5, has a separate vegetarian and vegan menu to balance the traditional emphasis on steaks and Dover sole, proving that vegan and vegetarian fare is here to stay, whatever your reason for eating it.

Oxford maniciples could do worse than emulate the Ivy menu.

Food chart from the following research paper: Michael A Clark, Marco Springmann, Jason Hill, and David Tilman in Multiple health and environmental impacts of foods. Published October 28, 2019 in Proceedings of the National Academy of Sciences of the United States of America.