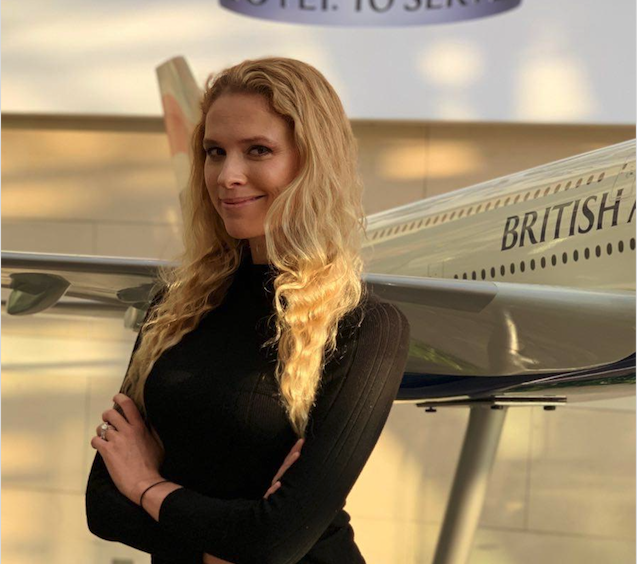 How to become a successful cyber tech entrepreneur

You graduated with first class honours in history (Hertford, 2002). As the daughter of immigrant academics, how well did you settle at Oxford?

My first year at Oxford nearly crushed me. As a fresher, you arrive without a strategy. Perfectionism can be a toxic and unhealthy mindset – I had it at high school - but it gets beaten out of you at Oxford. The first thing you learn is to ask for help. I wanted to know how on earth to get through a reading list of 40 books in one week. I hadn’t yet learned that ‘impossible’ was an opinion, not a fact. I went on to learn the valuable skill of breaking down a gargantuan mountain into manageable challenges. You learn to prioritise, cross reference, and above all, read the books written by your tutor. These are valuable skills I use now as a chief executive to tackle multiple demands and some 400 emails a day.

Did you know then that you wanted to start your own business?

At Oxford I co-founded the (then) slightly weird and misfit group, Oxford Entrepreneurs, which wasn’t the large society it is now. To this day, these are still some of my closest friends. Wanting to do something risky without a big pay cheque at the end can feel isolating. I was interested - but had no real clue what it really meant to start a business. Our families were urging us to do the ‘milkround’ and not mess around with those ‘silly start-up ideas’.

But you went on to work for Goldman Sachs?

I got this break after attending a lecture at the business school (Oxford Saïd) by US financier Janet Hanson who worked at Goldman Sachs. I approached her afterwards and this led to a job setting up a professional women’s network. It was an eye opener into the challenges senior women face at work.

Did you always have a knack for making the right move?

No - I’ve taken so many wrong turns. Probably 90 per cent of the time, I wasn’t doing things right. But it’s about the speed at which you can rebound. There’s an old Jewish joke – ‘how do you make all the right decisions? By experience. How do you get experience? By making all the wrong decisions.’ I’ve heard it said being a start-up chief executive is like getting punched in the face, over and over. That’s what if feels like.

Fear of failure is only present in those who never truly feel they have failed. I truly, truly failed at the age of 29. I was an out-of-work single mum, with nowhere to live, no family in the UK – about as poor as you can be in modern Britain. I ended up there after a series of poor decisions (a video marketing platform for the fashion industry co founded by Irra had foundered) and unfortunate events. I was sleeping on a friend’s couch with my baby daughter on a mattress next to me. But I had faith in the beginnings of a project. I needed to tune out all the negative opinions ‘this isn’t good for you or your daughter’ and ask ‘not good according to whom?’

What kept you going?

Life is short. I’d developed mental resilience to rebound quickly. Carol S Dweck’s book, ‘Mindset (The New Psychology of Success)’, really affected me. It taught me that with the right tools and strategy you can bounce back, do away with limitations, conquer anything and become the best version of yourself. And I had the freedom to focus on something I really believed in – which went on to become the company I founded. I gave myself two years, and I managed to raise some money just within that time frame.

That project has gone on to become VChain Technology. We offer something IBM calls ‘identity as a service’. We work with the world’s largest airlines to help improve the currently very painful process of travelling between different countries. We want to be the most successful company you’ve never heard of. We do this using blockchain technology which can securely verify your identity without having to share your personal information.

Can you explain blockchain technology?

Most people have heard of Bitcoin and other cryptocurrencies which are underpinned by blockchain, but it has much wider potential. It can be used anywhere to prove that something is true – that your name is spelt this way, or your money has gone from A to B. It’s mathematically bound and indelible.

What’s been your most pivotal moment?

Without a doubt, getting International Airlines Group (IAG) – who own British Airways – as a first customer. We made the front page of The Financial Times with that a couple of years ago. That validated the fact we weren’t a pipe dream. We have a real solution, and IAG want to be part of our journey. After half a decade of slog, getting by on very little, that felt phenomenal - definitely an ‘aha’ moment.

How did you get from history to cyber security?

I grew up in a scientific family. My parents are physicists, my brother read maths at Oxford (Wadham).  While at Oxford, I occasionally went to some of the more accessible maths lectures.  And later, when my baby daughter slept, I went online and used free resources such as Khan Academy and taught myself. I took myself to a Cyber Tech Israel conference which I thought sounded interesting – and met my co founder (Alexander Gorelik). We talked and it went from there – it was serendipity.

Has parenthood affected your productivity?

There will never be true equality unless both parents share childcare – the cost and the worry – 50:50. You need thinking time. That said, my daughter learned difference between a voice and a video call as a toddler – and when not to wave ‘my little pony’ in front of me. 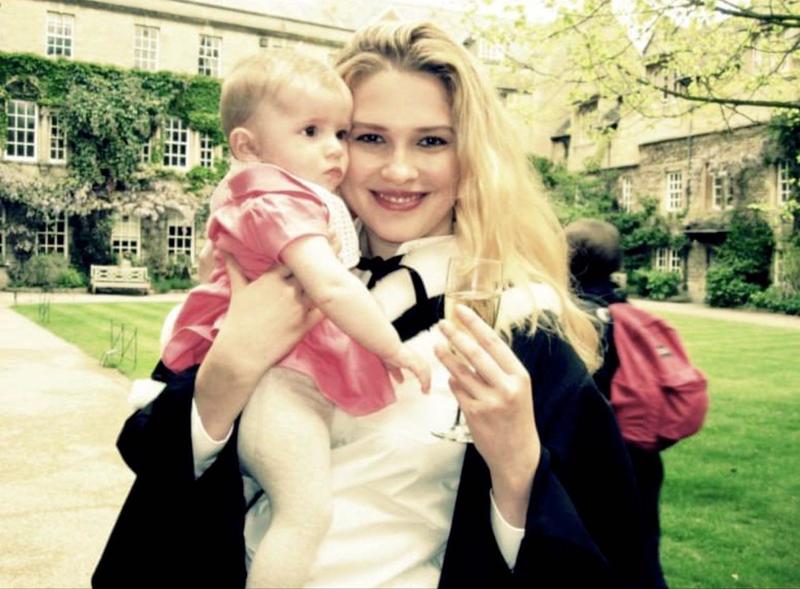 I studied performing arts at LAMDA (London Academy for Music and Dramatic Art). I like being creative – building your own business does allow for that. All my kids draw and dance. And I can still land a double pirouette - I’m very proud of that.

Before I came to Oxford, we’d moved country so many times, I was a lonely student. I could speak nine languages but I didn’t have many friends. Friendships at Oxford meant so much. I made close friends with a student on my staircase who was teased for her northern accent – we bonded over being different. Hertford at that time was very diverse, which made everything much easier. I had brilliant friends who didn’t judge. Oh lord, I enjoyed myself. After the weekly build up to a history tutorial – the pinnacle of our achievement - we’d all go to the Bridge Oxford (nightclub) on a Wednesday.

Do you have a favourite spot in Oxford?

My special place was the old history faculty which used to be part of Hertford. I used to haggle with the librarian to reserve a desk – which was absolutely not allowed. It was comfy and homey - no laptops were permitted. I don’t think you see lots of books in the modern world. It was a thinking space and I hadn’t really come across that before - it was formative. It’s in those quiet moments of reflection that you really find yourself.