A HELL OF A SHOCK 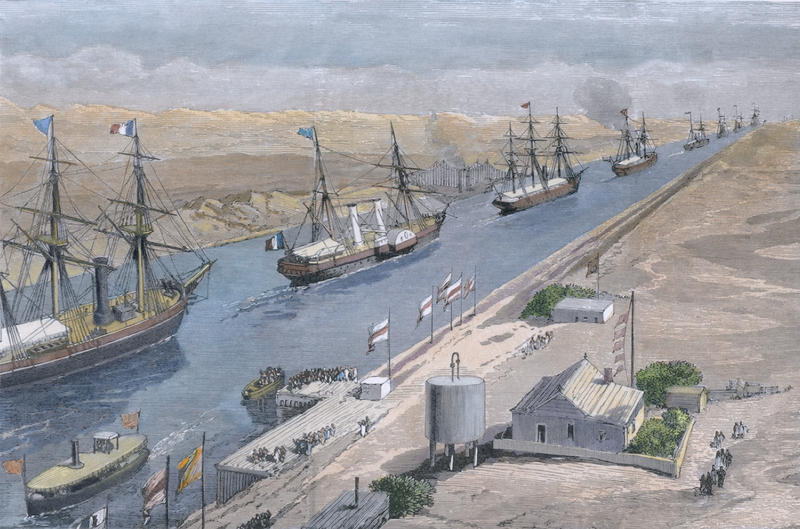 A HELL OF A SHOCK

Speaking to a capacity audience at the Alumni Weekend on Saturday, September 15th, the larger than life Danny Dorling, Halford Mackinder Professor of Human Geography, shared a blizzard of graphs and maps and insights, many of which will appear in a major book due out early in 2019.

His main argument? ‘A hell of a shock’ awaits us, he said. 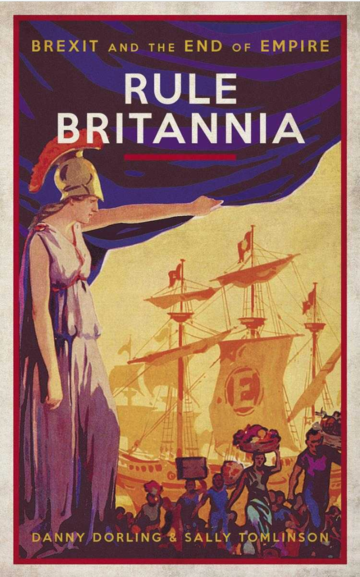 For over two centuries Great Britain had the cushion of empire, in a financial sense, and did not have to live within her means. Now that this privileged but unusual situation is ending, we’re all a bit angry. It’s too easy to blame immigrants, yet doing so has little justification, and in fact the number of immigrants to the UK, while rising, remains small.

Since the 1970s, Britain has suffered from yawning inequality, placing it by 2018 at level peggings with Russia and Israel. The past decade has seen the median wages of British workers fall by 10.4%, the same as Greece over the same period.

‘We think we’re normal but we’re not,’ Danny says.

Britain is significantly less equal than any other OECD country, he reminded the audience. 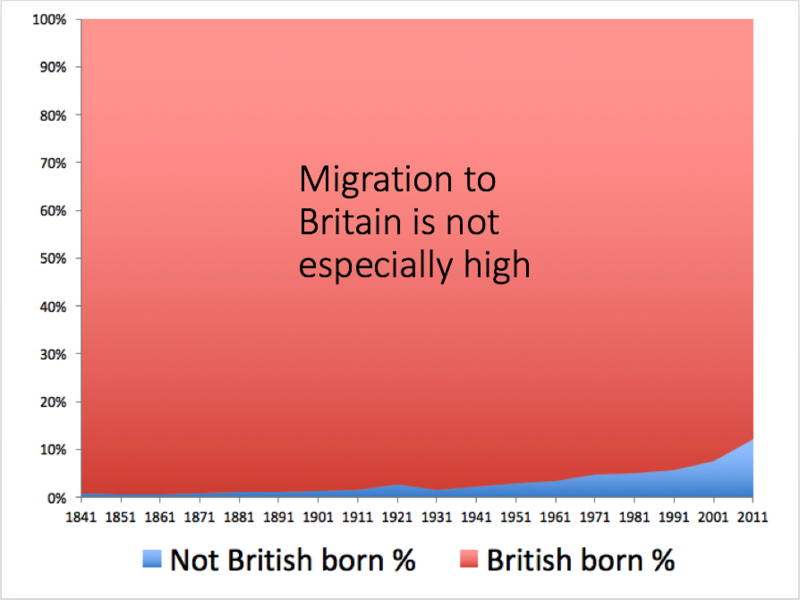 While it has risen in recent years, immigration to the UK remains small in absoute terms, argues Dorling

BREXIT was in part an expression of this pain, as was a 9.6% swing of public support towards Jeremy Corbyn during the run up to the last General Election in 2017. While a tiny bit short of the swing behind Attlee in 1945, following a world war, the swing to Corbyn happened over just two months and exceeded the swing to Tony Blair's New Labour before the 1997 election. In short, argues Dorling, it was completely extraordinary. 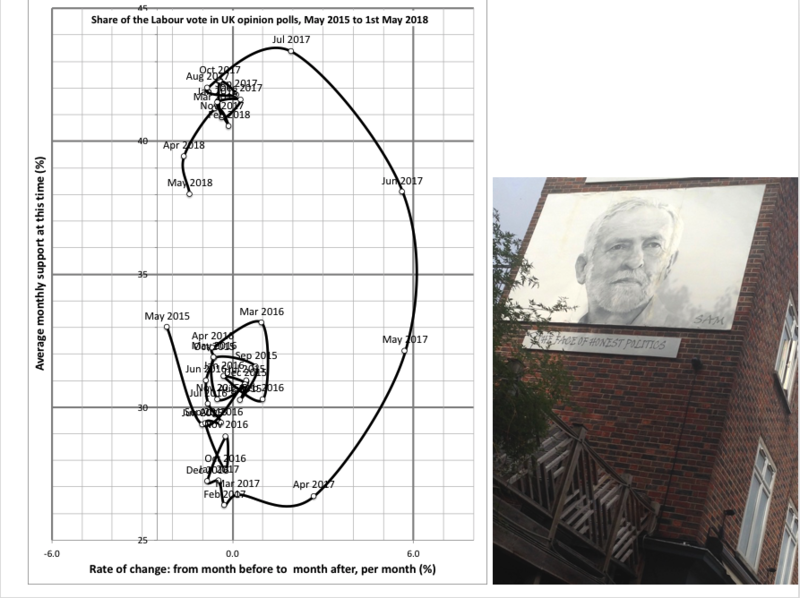 The big line that arcs right is the soaring support for Jeremy Corbyn in the months preceding the 2017 election.

But above all, says Dorling, the pain has been expressed as an anti-immigration crusade fanned into existence by UKIP plus others, and can be read, argues Dorling, as an ugly epilogue to having previously possessed the largest empire ever seen in the history of the world. 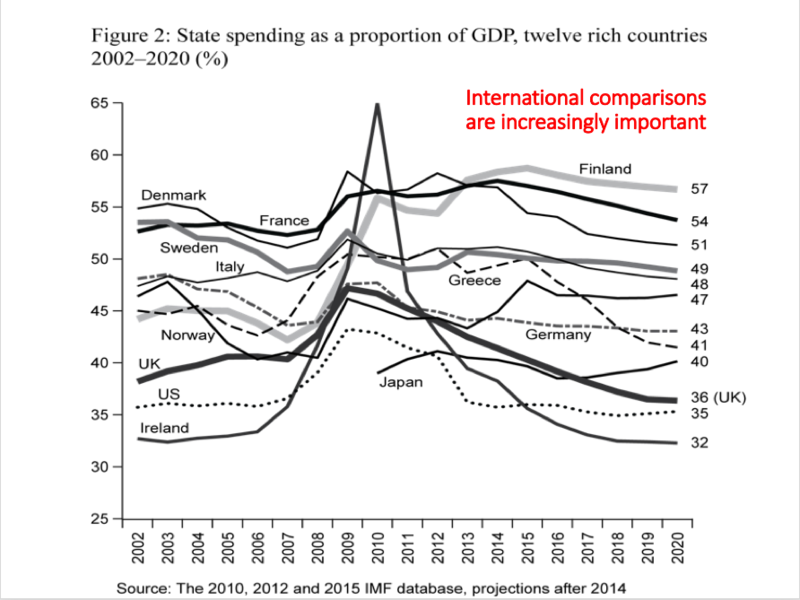 Dorling argues that the British political debate about public spending is utterly parochial, when compared to international comparisons. Britain is aligned to US spending and misaligned to virtually everyone else. Is that what we want?

Pausing in his self-deprecating and jovial delivery, Dorling sought the view of the audience on different cover designs for his forthcoming book on this subject, co-authored with Sally Tomlinson and due out on Jan 15, 2019. It’s called Rule Britannia: BREXIT and the End of Empire.

Returning to the BREXIT vote, Dorling noted that it had made an almost total mockery of experts, academics included. And that was as much to do with mis-reading the result as failing to predict the result. He notes that we told ourselves that poor northerners had voted leave and swung the Referendum. That became a broad narrative. Yet the biggest vote for Leave, by county, was Essex, closely followed by the rest of the Home Counties. There was a direct correlation between obesity and voting leave, although that can bear many different interpretations. The most important point is that most of the population voting Leave lived in places - often rural villages, and often wealthy, in places like Hampshire - where there are no immigrants. Conversely London, the most multi-cultural city in the world, was by a heavy margin Remain. This led Dorling to conclude that immigration is a largely ‘imagined fear’.

The talk was by no means negative. He recalled the national humiliation of Suez in 1957, likening a bad BREXIT to ‘Suez times 10!.

Yet After Suez came the 1960s, the Beatles, and a new direction for the country. Perhaps the same could happen again, although we won’t be able to predict how.

Rule Britannia: BREXIT and the End of Empire by Danny Dorling and Sally Tomlinson will be published by Biteback on Jan 15, 2019.