ELECTRIC CARS OR NO CARS? 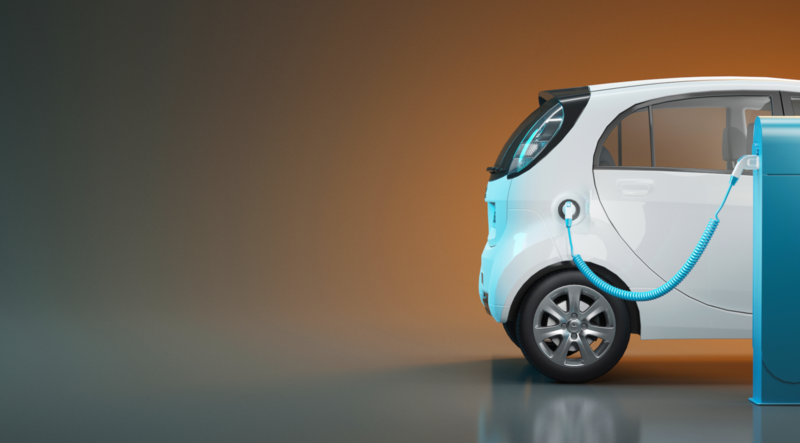 ELECTRIC CARS OR NO CARS?

A recent EV summit in Oxford pointed in an unanticipated direction

Everyone is agreed on the desirability of de-carbonising transport. It contributes as much as one quarter of greenhouse gases and keeps rising instead of falling. But electric cars aren’t quite up to snuff yet nor an environmental panacea, while snarling congestion stalks most major cities.

These themes defined the Oxford EV Summit, hosted recently by the Said Business School for its second year. ‘EV’ stands for ‘electric vehicle.’ Last year, the discussion revolved around how regular cars could be replaced by their battery electric brethren. This year the discussion ran away into discrete, unanticipated areas and there was more nuance and caution. The recurring leitmotif, familiar to anyone who attends such conferences, was how electric vehicles face barriers of cost, performance and infrastructure. Yet they’re nearly here so keep coming! 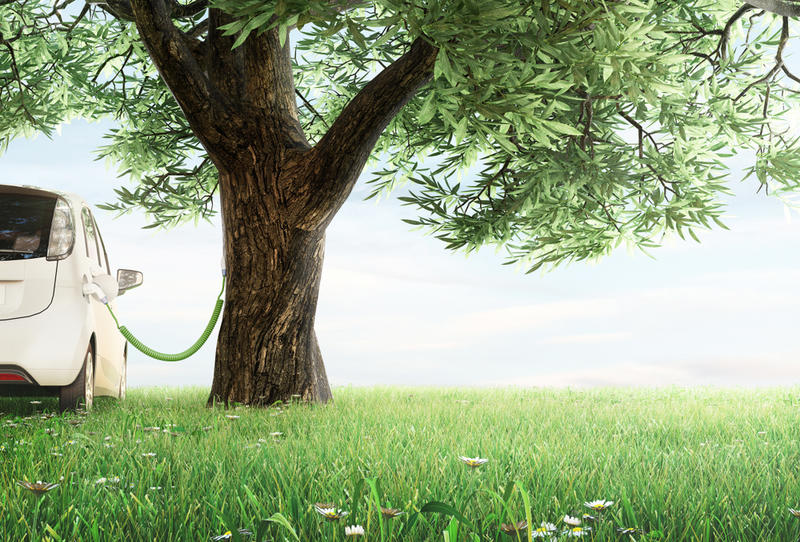 A good example is the electric Mini that will be built from the autumn in Cowley, Oxford’s industrial suburb to the east of the city. Launched on July 9th, it costs approximately £8,000 more than an entry-price petrol model, offers a range of 124 miles instead of the more conventional 400 miles (more for diesel), and cannot be recharged at the vast majority of garages. It also weighs 145kgs more on account of the batteries.

Yet Paul McNamara, Technical Director for Williams Advanced Engineering, a sister company to the Oxfordshire-based Formula 1 racing team (so a thorough petrol head, just to be clear), began by rewinding the clock to 1885-1915.

During that 30-year period, he noted, there were horses, electricity and petrol. In his view, had electrical applications been just 20-30% better, electric cars might have taken off then.

Instead, Henry Ford got going in 1908 and liquid fuels prevailed. So successful were they that by the 1930s crowds would gather in San Francisco to gleefully burn beautiful wooden street trams that had until then glided around on electricity. The privately-owned, internal combustion-engined car had won.

A century later and the internal combustion engine looks like a very inelegant solution, not to say a historic mistake. At least it does so if propulsive efficiency is the criterion of success.

An electric motor is approximately 85% efficient. 85% of the energy it consumes becomes forward motion. The corresponding figure for an internal combustion engine is just 25-30%, the primary waste expressed as heat and unburned fuel as noxious gases and particles injurious to health.

The very success of the car has been its ruin, in this telling of the story. Where once the inefficiency and the pollution didn’t register owing to smaller numbers of cars, now we are swamped. There are simply too many of them.

The UK has over 34 million vehicles trundling around now compared to half that figure in recent living memory. Better pollution controls have not succeeded in the face of sheer numbers and congestion, both a plague on Oxford as anyone who lives or studies here knows.

Globally, there are over 1 billion vehicles, set to treble to 3 billion by 2050 according to the FIA Foundation. The vast majority of those will be internal combustion engines burning liquid fuels, a demoralising reality check for climate activists, air quality regulators and EV-advocates alike.

On the plus side, grids are decarbonising in some countries making electrification seem like an obvious solution over time.

The part-unsolved problem of electric cars lies not in energy efficiency but in energy storage. The tank of liquid fuel in a conventional car offers immense energy density for its volume and weight, compared to bulky, heavy batteries. 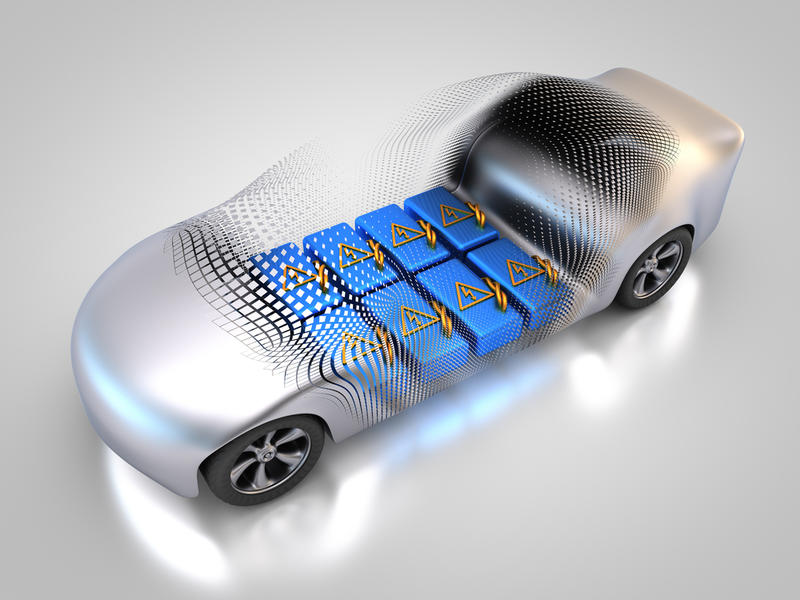 Batteries are typically located underneath the car and remain expensive, heavy and environmentally unfriendly.

The latest EQC from Mercedes Benz, a leviathan electric SUV, has batteries weighing 600kgs, most of the weight of a small car.

Worse, the batteries comprise all manner of materials ranging from lithium to cobalt, the mining of which is associated with large greenhouse emissions, environmental destruction  and enough human rights abuses to make a Victorian imperialist blush.

This is where Oxford comes in. Cobalt is the exotic metal mined mostly in the Democratic Republic of the Congo and which is indispensable to lithium ion batteries. There are moves to reduce the amount of cobalt batteries contain. One way of doing this is to replace the flammable organic liquid electrolyte used in current lithium ion batteries with a solid one. The elimination of the need for a liquid electrolyte would potentially reduce fire risk and could increase energy density.

Unfortunately so-called solid state batteries are nowhere near being commercialised. But under the leadership of Professor Peter Bruce, who we interviewed previously for QUAD, progress is being made. In a new paper published by Nature Materials entitled ‘Critical Stripping Current Leads to Dendrite Formation on Plating in Lithium Anode Solid Electrolyte Cells,’ Faraday Institution researchers at Oxford have taken a step forward in understanding the mechanisms by which solid-state batteries fail—a necessary prerequisite to avoiding such failures.

Former BP oil man Neil Morris, now CEO of the UK’s Faraday Institution, the UK’s independent institute for electrochemical energy storage science and technology, spoke to QUAD at the conference and said that failing as quickly and as efficiently as possible was one of the goals of blue-sky research like this. By quickly eliminating dead-ends, you maximise the chance of striking gold. 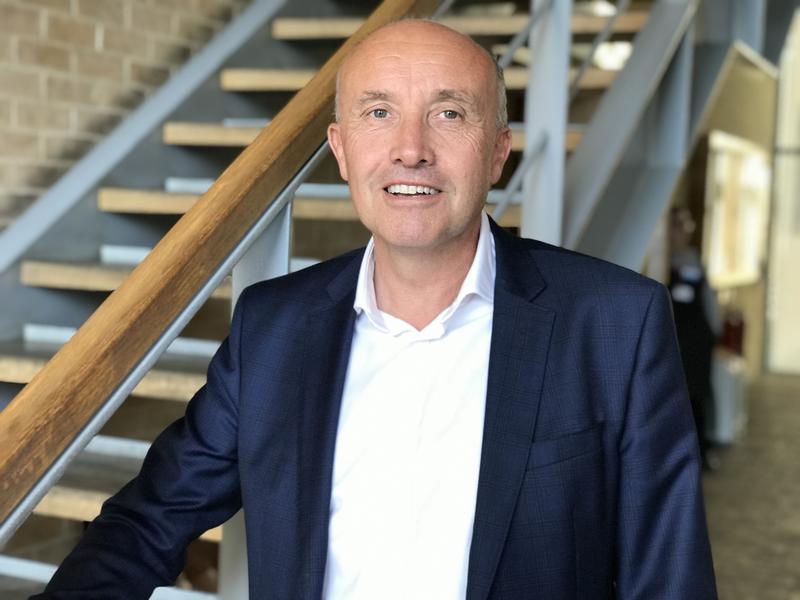 Two other themes resonated amid the peculiar transport context of Oxford, where listed buildings compete with overloaded roads and cycling infrastructure is woefully inadequate despite it being for decades the main way that students get to their lectures.

One was that electric mobility scales in reverse, which is to say that it gets better as it gets smaller. An electric bicycle, technically referred to as a pedelec, today offers a glorious range of 100kms or more, far beyond most rider requirements.

The ongoing global experimentation with dockless e-scooters and e-bikes by the likes of Bird, Lime and Uber reflects this truth (the experiment is so far confined to non-electrified dockless bikes in Oxford). They work. Pursue this rabbit down its hole and we’re looking potentially at an urban future (if not intra-urban) with fewer cars rather than electric cars. 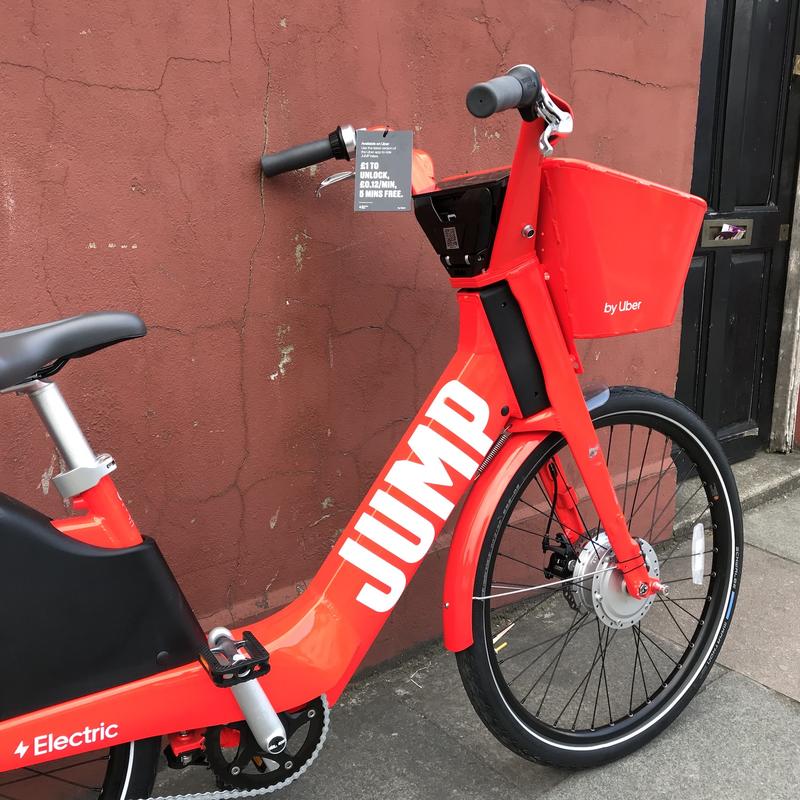 Ride sharing company UBER launched a fleet of electric bikes in London in late May, 2019

Given that two-thirds of the world’s population will be urbanised by 2025 and congestion is a severe global problem already, micro-mobility is no longer a side show. It’s a rather important consideration.

A former Lamborghini sales director, Nigel Gordon-Stewart, founder and Executive Director of EAV, has designed a last-mile delivery electric vehicle that would distribute all those Amazon Prime purchases to the doorstep from a micro-consolidation hub on the edge of town. As it stands, most of the time you click ‘buy now’, you’re unleashing an old diesel van to the considerable detriment of urban air quality. In this broader sense there has never been ‘free’ shipping, only a commercial model that displaces and defrays real costs in unanticipated ways.

Julian Scriven, Managing Director of Brompton Bike Hire, a bike-hire subsidiary of the London-based maker of a folding bike recently launched in electric guise, spoke about how you can fit 32 folded-up e-Bromptons in a single car parking space.

Danny Winn, Sales Director for EV Solutions for utility Schneider Electric, reminded the audience that ‘e-scooters and e-bikes have 2 per cent of the emissions of an EV.’ Micro-mobility and multi-modal transport were viral words on the second day of the conference.

Another theme – paradoxical as it might seem – is how electrified public transport is also emerging as a viable and attractive solution. 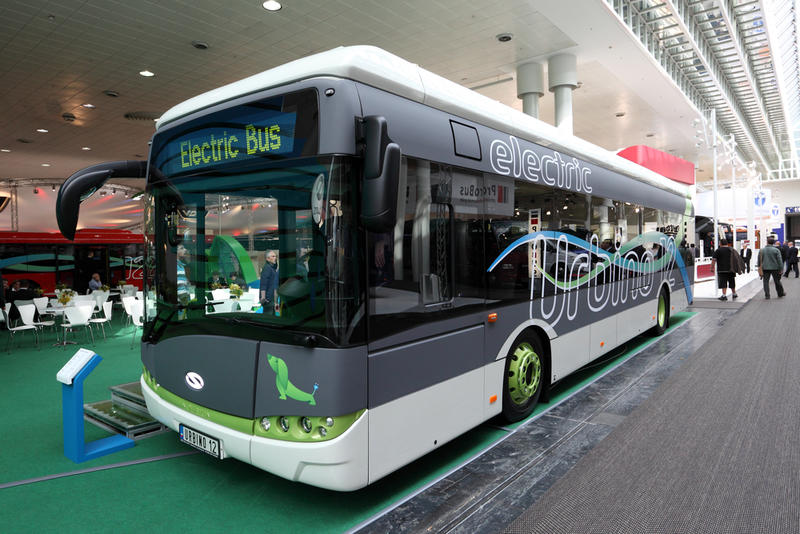 Mike Kerslake, UK Technical Manager for Chinese vehicle maker BYD, noted that buses are a sweet spot for electrification, because they have known duty cycles, overnight depots for charging and don’t carry monstrously heavy steel girders over very long distances. Plus, as things stand the diesel incumbents are often a major contributor to poor air quality. Kerslake added that cost is the biggest barrier, yet that currently the UK actually subsidises diesel through a bus zones operator grant. So there are self-imposed barriers to electric bus implementation that could be quickly removed.

Magnus Broback, Senior Vice President Product & Vehicle Sales at Volvo Trucks, expanded on the theme with the example of refuse collection. Bin lorries are noisy, polluting, need high torque and move slowly on a stop-start basis with a lot of idling. There is probably no more obvious application for electrification.

Zippy electric cars with no exhaust emissions stand to disrupt the fossil fuel game and benefit urban air, but taking account of their manufacture and their batteries (to say nothing of their non-exhuast emissions such as tyre wear) means accepting that they are in no sense ‘zero emission.’ On the basis of urban congestion alone, is it really plausible to try and replace every existing car with electric replacements instead of using a once-off golden opportunity to make cities like Oxford essentially car free, with the saved resource turned over to Witney monorails, Eynsham cycle lanes and the return of horses and hoverboards to Carfax?

It wasn’t perhaps what the organisers of the conference had in mind but it was partly where the discussion led. For all the long-suffering commuters who can’t afford to live in Oxford and drive in for want of viable bus routes, the future looks like park and ride and charge. But that future, in Oxford at least, has barely begun to take shape.

The University of Oxford is committed to energy research, including research on energy storage science and technology. It is making a significant investment in this area with new academic appointments and new state of the art laboratories. Peter Bruce, Wolfson chair in Materials, is leading this effort along with colleagues Mauro Pasta, Charles Monroe and David Howey. His own research group focuses on the fundamental science of electrochemical energy storage, especially lithium and sodium batteries.