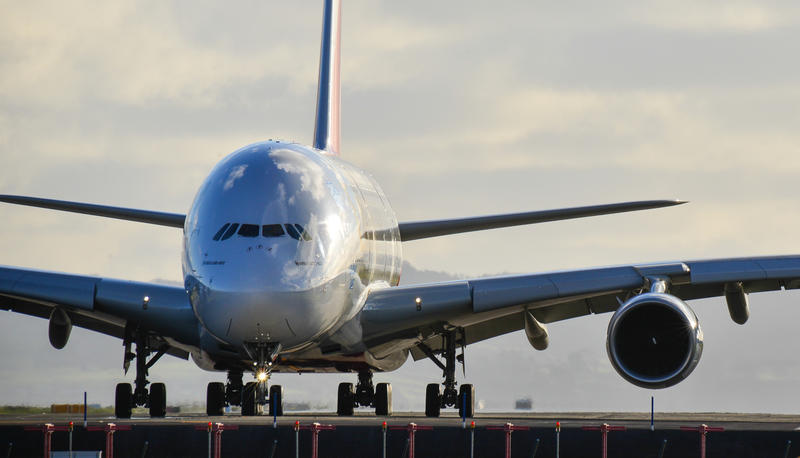 Oxford University Press has begun 2019 by publishing The Oxford Illustrated History of the World, edited by Felipe Fernández-Armesto. For our money this is a truly remarkable book and worth your attention. It’s a new type of history both for its immense scope and its privileging of climate and physical geography as the ultimate drivers of human society.

4 billion years of planet earth tail-ended by a measly 200,000 years of homo sapiens, covered here in one volume. But compare this to any traditional history degree anywhere, beginning with the Romans and ending with Nazis, sometimes only Nazis, and suddenly you realise that even 200,000 years is an immense span and a sorely needed corrective to our collective, temporal myopia. At least Oxford had the decency (for a while) to call it ‘Modern History’, quaintly so in making us all think that Ancient history made up the rest. In truth, modern and ancient rolled together amount to the tiniest sliver of the human past.

The editor of the volume, Felipe, formerly of Oxford both as a student and a fellow (St Antony’s), is credited with pioneering so-called environmental history, but that makes it sound tendentious. It’s not and nor is he. If anything we could agree that the approach is not even new.

This reviewer was asked to swallow both volumes of Fernand Braudel’s History of the Mediterranean World in the Age of Philip II as pre-reading for Oxford in 1990, to get a taste for a long-range approach to human history that looked at wind, tide and rainfall as the ultimate arbiters of politics and dynasties.

I remember gnawing away at it sitting on a sack of rice during a twelve-week expedition to a far-flung island of the Solomons, a bit like a malnourished proto-intellectual rat who didn’t yet know the difference between cheese and chocolate.

Three decades later, and this volume demonstrates the simply immense progress made in anthropologies of all kinds – there is even ‘cognitive anthropology’ in case you thought it was all about digging in the mud. 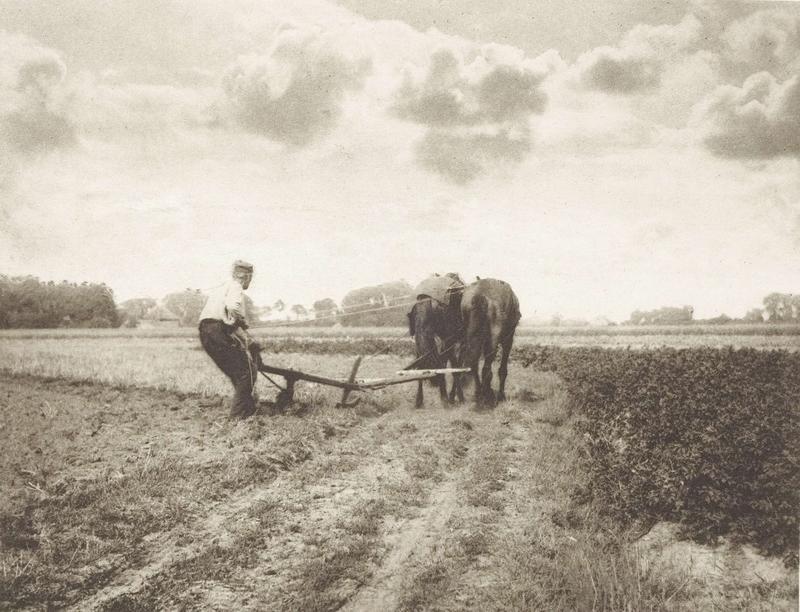 The past. A dutch peasant ploughing with two horses represents, in power output, about 1,000 Watts.

And, yes, massive scientific focus on climate change has revealed through ocean sediment and ice cores all sorts of new insights around climatic variation that was at once natural and human.

This attention to climate is surely one of the great contributions of the volume, the product of eleven fabulous scholars.

So for instance, if you take the 200,000 year scope, the one taken in the first chapter by Clive Gamble in order to trace the origins of humans, there have been regular changes in the eccentricity, precession, and obliquity of the earth as it rotates around the sun. Astronomical records help us to establish climate changes from these changes.

Matched up to the anthropological record, and added to more local calamities such as volcanos throwing ash into the atmosphere, we then see whole civilizations collapsing at certain junctures, and flourishing at others. In the past 20,000 years we have been in a warming phase, which has helped humans to flourish and become the dominant species on earth.

Yet within that broad warming sequence there were perilous fluctuations. A solar ‘minima’ phase began around 1200 BCE and within 150 years all the great Bronze Age states Mycenae, Crete, the Egyptian New Kingdom, the Hittite empire, the Mittani kingdom and the Kassite regime in Babylonia, had all collapsed.

Furthermore, and this is where it gets interesting if you consider the current, popular clamour around veganism as a climate-saving dietary option, Martin Jones completes an expansive chapter on agriculture by noting how during the ten millennia leading up to what we still call the common era, or which our parents’ generation called before and after Christ, global population swelled already from an estimated 7 million to over 100 million. Extensive forest clearing and agriculture and methane-belching cattle, may have already nudged carbon dioxide levels away from their natural course, it is suggested. If so, that is a very significant insight. Very few casual readers realise, I think, and certainly not this reviewer, that humans had already affected the climate through their own activities before the 'normal history curriculum' even begins, at the year dot. 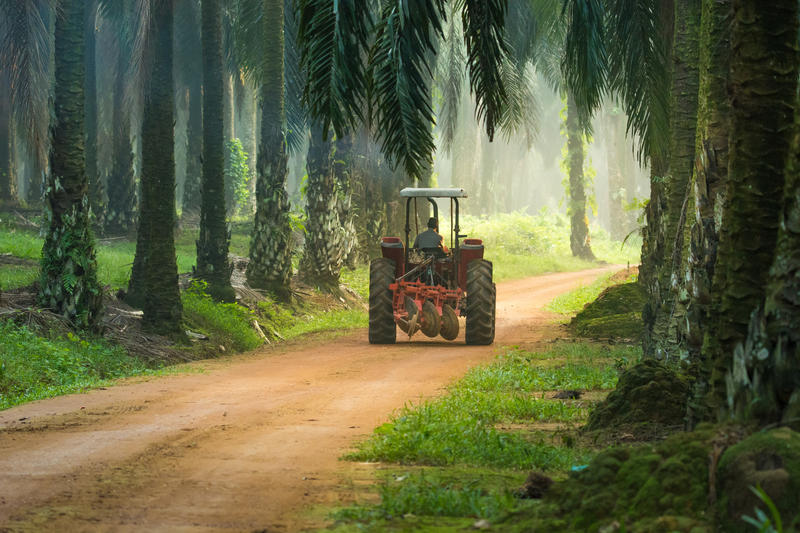 Palm oil plantation in 2018. Agriculture is the most enduring way in which humans have influenced their natural evironment, over 200,000 years, say the authors.

This is going to sound like a cheesy interlude in a review, but Felipe was interviewed on the fringe of the annual American Historical Association conference at the start of 2019, and asked about the environmental policies of the current US President. He cited with approval the 43rd President, George W. Bush, who apparently said once that ‘Nature is the greatest superpower.’

The premise of David Christian’s riveting Chapter 11, and the rest pf the book covering the past two centuries since 1815, is that the Holocene really did give way to the Anthropocene, an invented term to suggest that humans became during the industrial revolution the major determinants of the course of the world, and that their impact on the biosphere became so great that it would leave an enduring mark.

If you are still wrestling with this word ‘Anthropocene’, turn to page 341. It came out of a conference in which the Nobel-winning climate scientist Paul Crutzen apparently got irritated with constant references to the Holocene and ‘recalls blurting out: ‘Let’s stop it! We are no longer in the Holocene. We are in the Anthropocene.’ Put another way, atmospheric concentrations of carbon dioxide in 2019, from human inputs, are unprecedented over the past 66 million years, we learn.

Thus, from humankind heading out from an East African base and populating the world tentatively and sporadically over many millennia, becoming ‘different’ in the process, the authors see global history since c. 1500 as one of convergence, where technology and then fossil fuel burning allowed simply massive ramping up of activities, culminating in globalisation and smart phones.

One thing this reviewer did not clearly realise is the extent to which the industrial revolution really did (and does) rest on fossil fuel extraction and consumption. An English baker in the sixteenth century may have already been burning coal, but the real leap-up came when James Watt invented the steam engine around 1760. By 1850 Great Britain was responsible already for fully half the world’s fossil fuel burning and half the world’s climate gases (as we see it now, studying ice cores displaying CO2 concentrations).

Since 1945 our use of fossil fuels has risen fivefold, which is why Christian’s chapter is stuffed with ‘hockey stick’ graphs showing everything (including global wealth to pay for it) going up very steeply in recent decades, and other indicators such as biodiversity plummeting by the same degree.

As for technology, its advance has been nothing short of incredible. By 2000, an Airbus 380 commanded 100,000,000 Watts, compared to 1,000 of an English peasant ploughing with two horses in c. 1750. This is an astonishing leap in human ingenuity never before seen, an absolutely unforeseen revolution, emphasises Christian. 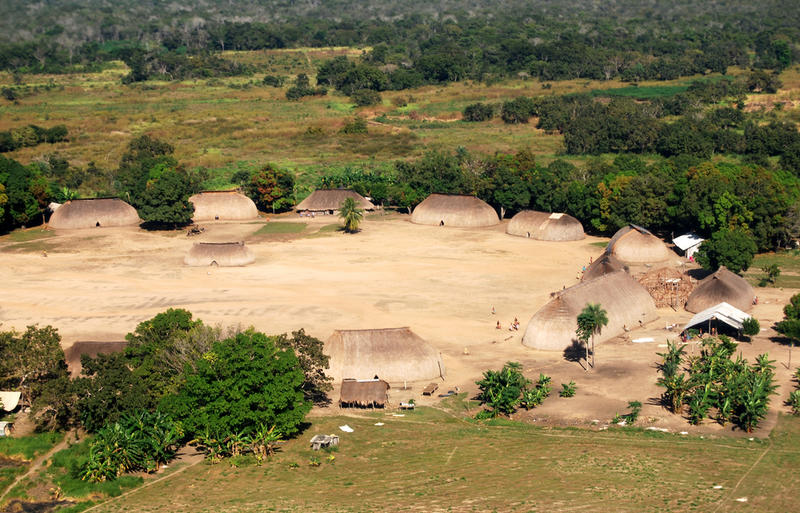 Kamayura Village, Brazil, 2008. Traces of the distant past of human affairs have survived into the 21st Century but are endangered, such as the Kamayura indians.

Seen in the round our population multiplication (tenfold since 1800, to almost 8 billion in 2019) crossed with this level of fossil extraction and consumption, represents a leap forwards but also a leap into the dark. Christian is politic in his use of language but notes still that we have decisively crossed the ‘danger’ threshold for both safe climate and healthy biodiversity. It is a leap into the very dark, over a cliff.

In a concluding chapter Fernández-Armesto ruefully picks up the pieces and offers pessimism as one legitimate response. In his recent interview at the AHA, the matter came up more explicitly: what are we to do with a US President hellbent on accelerating environmental degradation? Felipe simply said that viewed from the perspective taken by this book, one President is a pinprick. Yes, he added, of course we should all be doing what we can to correct our profligate ways. But balance that with the immensities of nature and climate over 4 billion years. We have the capacity as a self-endangering species to wreck everything, at least for ourselves, but he also says that it is ‘one of the most deplorable features of human arrogance to think that we can destroy the environment.’ We can’t do that. It would take millennia to stabilise the climate after humans had left the scene, after the end of the Anthropocene, but that’s very different from equating our own folly with the end of life itself.

Felipe Fernández-Armesto was an undergraduate and graduate student at Oxford (Demy of Magdalen College, Senior Scholar of St John´s, Fellow of St Antony´s) where he was a member of the Modern History Faculty before moving to chairs in the University of London (Professor of Global Environmental History at Queen Mary College), Tufts University (Prince of Asturias Professor), and the University of Notre Dame, where he holds the William P. Reynolds Chair for Mission in Arts and Letters. His work has been translated into 27 languages and he has been awarded (among numerous other distinctions) with the Gran Cruz de la Orden de Alfonso X el Sabio, Spain’s highest award for services to education and the arts.