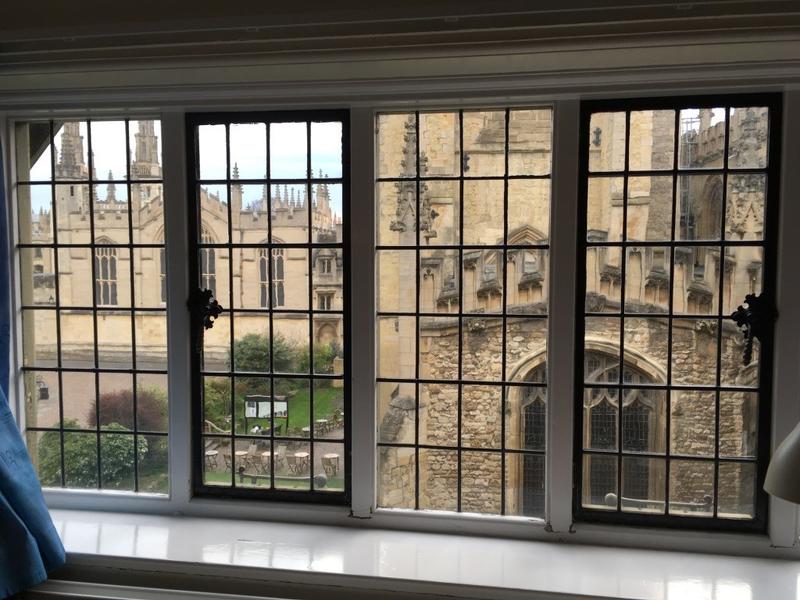 We spoke to alumnus Brett Yuskiewicz (Brasenose, 2016) about returning to education aged 48, his time in Oxford studying for his MBA, and his plans for the future

After years stuck in a rut with his career, Oxford alumnus Brett Yuskiewicz decided to pursue a new path by applying for an MBA (Master of Business Administration). Despite initial concerns about becoming a student again after 20 years, through his studies he rediscovered the energy and enthusiasm of his youth, leaving Oxford with a renewed sense of direction, focus, and ambition for his future career. 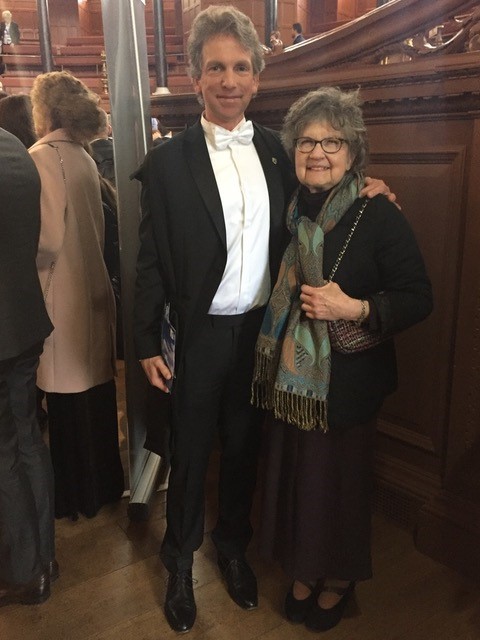 What made you choose to apply to Oxford for your MBA?

I was initially drawn to Oxford through stories my step-father told about his days as an art student at the Ruskin School in the early 60s.  He would tell us tales of debutants, summer balls, and young, pink-faced royals, hobnobbing at regattas. Before I set foot in Oxford as part of a business trip in 2015, I felt I knew the place.  It wasn’t hard to imagine what life was like as a student decades or even centuries ago.  There is a sense of timelessness about Oxford.

I had long played with the idea of pursuing an MBA, but felt the moment of opportunity had passed as I hit my late 40s.  Many business schools wouldn’t even consider a student over 40, but the reaction I got from Oxford was quite different. During an initial phone call with admissions, I was assured my age was not an issue. I didn’t get a hard sales pitch. Instead, I was asked questions aimed at determining what I might offer the class and if our interests aligned.

Can you tell us about your experience of returning to study as a mature student?

I'll never forget the energy and excitement of that first module. My classmates were so interesting and engaging, with diverse interests and experiences beyond pure business and finance.  From Africa to Australia, our class spanned the globe.  We had doctors, journalists, entrepreneurs, professors, and many people like me; a little bit lost and looking to change their careers. At 48 I wasn’t the oldest in the class, but I was a good 10 years over the average.

Beyond the interesting course material, the world-class professors, and my fascinating classmates, on a personal level I felt a sense of rebirth and growth at Oxford. I rediscovered an ambitious side to myself that had grown dormant after wilting so many years in a career that no longer challenged or inspired me. I had associated such feelings of inspiration with my youth. I thoroughly enjoyed learning.  My eyes, ears, and mind were open to everything and I wanted to absorb all that Oxford offered. Looking back, I can’t say exactly where that energy came from.  It was a latent force waiting to be tapped which Oxford helped me discover by giving me a sense of focus.

As I said to a classmate over lunch, Oxford gives you the tools, but it’s up to you to use them and make the most of the experience. I left Oxford with an overwhelming feeling of pride in my work and a renewed sense confidence in my ability to learn and grow.

And was it different to studying as an undergraduate?

I felt much more focused this time around.  I always felt that I was distracted and could have done better academically as an undergraduate; part-time jobs, athletics, and hormones all seemed to get in the way.  This time around I was determined to discover my full potential.  Initially, I was a little nervous about keeping up with younger brains, but was relieved to discover mine still functioned well once it was tuned.  As I told a former classmate considering going back to school, ‘Don’t worry, we’ve still got it.’

The biggest difference I found was the digital transformation of education.  I started college in an analog world at the dawn of digital.  My freshman class at Franklin and Marshall College was the first to use the original 128K Macintosh computer which I upgraded during my sophomore year to 512K with an 800KB external disk drive. Beyond that, my undergraduate years were spent lugging an overstuffed backpack across campus, filled with half my weight in textbooks which now float in the ‘cloud’ or rest on thumb-drives.  I remember the staccato sounds of my professors with their backs to the class, scratching long derivations on the chalk board as I frantically tried to scribble everything down in lined notepads, praying that I would be able to read my handwriting the next day.  I don’t miss that world, but I do have pleasant memories of classrooms without the glow of smartphones on every students’ face.

Going back to school is a daunting proposition. Many people have families to support which further complicates the decision. There are no guarantees, no golden ticket to that next job, but I think at any age, a good education holds the potential to transform lives and open doors.

Do you have any advice for readers who are thinking about changing careers?

I can only speak for myself, but beyond the financial considerations, it comes down to what you want to make of your life and how satisfied you are with your current routine.  I think I would have spent the rest of my life with regret had I not chosen to make a change. I felt trapped in an unsatisfying career and had been struggling for years to find a way out.   As you run further down a career track and the years fly by, you can get locked in.  The problem is, as you become established and respected for your work, you gain a powerful sense of control.  Even though some people may not particularly enjoy their work, they may still find comfort and safety in their routine, doing what they know.  It’s hard to give up that power and control in your life by crossing into the unknown.

I’m experiencing that sense of vulnerability right now, as I try to learn the ropes as a financial analyst in a small asset management firm.  I go through bouts of doubt and feelings of inadequacy, especially when I realize how much I have yet to learn.

For those considering a career change, I would recommend looking for ways you can pivot to something new while still drawing from your past skills and experience. Especially as you get older, it’s just hard to justify why anyone should hire you in an entirely new field.  You’ll need to sell yourself to someone based on your past accomplishments.  If you find something you might like, research the hell out of it and talk with people you admire or respect in the field.  Networking is vital. It can save you a lot of wasted energy running down dead-end streets.

Do you have a favourite memory of Oxford?

A few memories stand out, especially the formal dinners that the school held each module in different colleges.  That was one of the rare opportunities we got to experience Oxford beyond the confines of the business school.  I belonged to Brasenose College and fortunately managed to get a room in the old campus for one module, a magical experience. I had a view from my desk overlooking Radcliffe Camera and All Souls College which more than made up for the lumpy mattress and showers down a half flight of stairs. Members of our class put together a rowing team which was another experience I treasure, gliding on the river, rowing through the mists as the sun rose over the spires of Christ Church.

Now that you’ve completed your MBA, what are your next steps?

I have several ideas of what I would like to do next.  During a course on Strategy and Innovation I became interested in the future of transportation and the coming disruption of the auto industry with autonomous, shared drive, electric vehicles. The combination of these three nascent technologies will have a profound impact on society by reducing pollution and congestion, and enabling more people to travel safely while using their time on the road more effectively. I’d like to contribute to this future.

Brett grew up in eastern Pennsylvania and studied for his undergraduate at Franklin & Marshall College and Columbia University in a dual-degree program earning a BA in Physics and a BS in Mechanical Engineering. He then gained an MS in Environmental Engineering at the University of Illinois and a PhD in Atmospheric Physics. He then went into a career as a management consultant for KPMG and as a freelancer in various sectors, before coming to Oxford to study for his MBA. Find out more about studying for an MBA at the Said Business School.

You can connect with Brett on LinkedIn.