ALUMNI STORIES: 'A PILE OF WHALE POOP INSPIRED ME TO WORK IN CONSERVATION’ 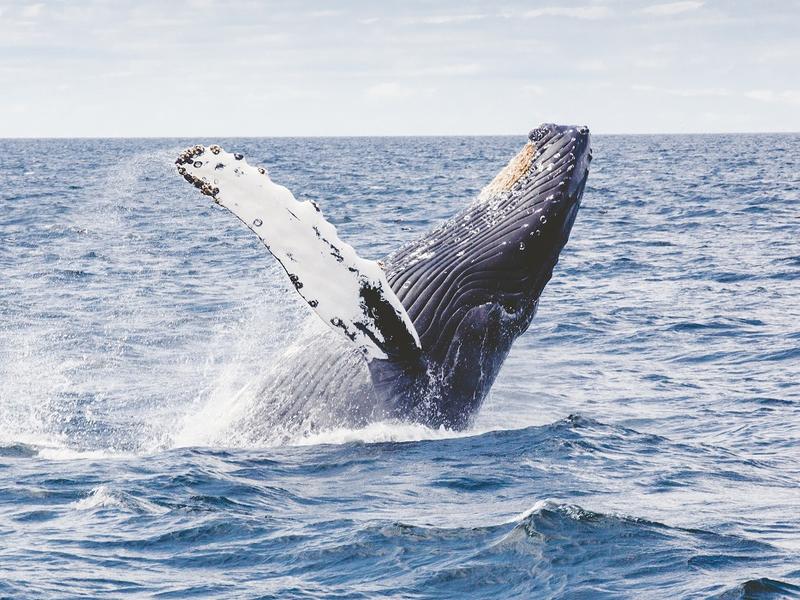 ALUMNI STORIES: 'A PILE OF WHALE POOP INSPIRED ME TO WORK IN CONSERVATION’

Asha de Vos (Lincoln College, 2003) on whale conservation and her time at Oxford

As part of our series of alumni stories, we spoke to Oxford alumna and marine biologist Asha de Vos about her conservation work with Sri Lanka’s blue whales and winning this year’s British Council Study UK alumni award for professional achievement.

What did you study at Oxford University?

I studied for my MSc in Integrative Biosciences at Oxford's Zoology Department. I then went on to study for my PhD at the University of Western Australia, and I’m the first and only Sri Lankan to have a PhD researching marine mammals.

What area of research are you working on now? 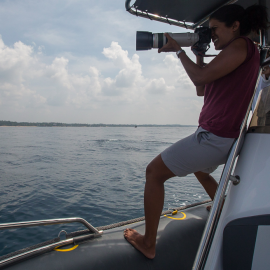 My research centres on a population of non-migratory blue whales who live near the coast of Sri Lanka, looking into the major questions of whale conservation and how we can use science to protect the whales by influencing policy, which will in turn have a positive impact on other areas such as the shipping industry and coastal pollution.

The biggest problem that I’m tackling currently is that of ship-strike, where whales get hit and killed by large ships. Since the 1970s global ship traffic has doubled while within the region it has quadrupled, making it increasingly dangerous for the whales. We have come up with science-based recommendations that can have wins for the whales, whale-watching industry, local fishermen and supports a reduction in ship-based marine pollution to coastal communities. But this is not the only threat these whales face – there are many others left to tackle including a growing unmanaged whale-watching industry, increasing ocean noise, entanglement in fishing nets and oil and gas exploration and climate-change.

I founded Oceanswell, Sri Lanka’s first marine conservation research and education organisation, to support this research and to raise the profile of our oceans. At Oceanswell we aim to educate people to understand how crucial our marine animals and ocean ecosystems are to life on earth as a whole. We want to help equip the next generation of marine biologists and ‘ocean heroes’ with the knowledge and skills to make a difference for our oceans and empower them to become part of the solution.

And why did you choose blue whales to work with?

I came across a huge pile of whale poop (it’s bright red and it floats, so it’s hard to miss) in the warm waters off the coast of Sri Lanka, and came to the conclusion that they must be feeding there. This is very unusual as most large whales feed in cooler waters, and so it was clear to me that this was a unique population of whales, and I wanted to work with them.

Whale poop is really important because it is fertilizer for the oceans, and the nutrients it contains can aid the growth and proliferation of microscopic plants called phytoplankton that are responsible for about 50% of the oxygen we breathe. Because whales are (generally) migratory animals, and travel large distances, they also tend to help with horizontal transport of nutrients across the ocean. Alongside that, whale carcasses also play a major part in the health of our oceans, acting as food for over 400 species. But whale hunting removed many of those carcasses, which completely changes the ecology of the oceans, and although that is no longer the biggest threat to whales there are other threats, such as those freight ships. 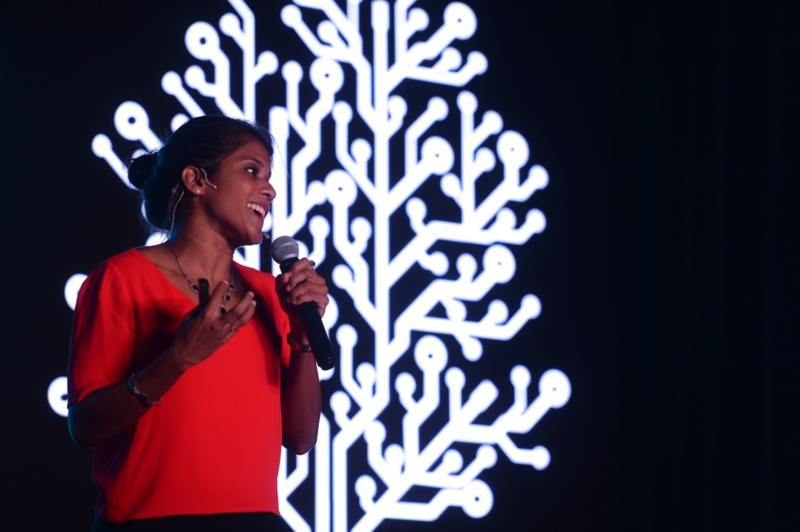 Why did you decide to study marine biology initially?

It had always been my dream to become a marine biologist and explorer, but in Sri Lanka this career was non-existent – people would become doctors, lawyers, engineers or business people. I had to work incredibly hard to prove the value of the career and to prove myself to the global marine conservation community that had grown accustomed to marine scientists coming from the developed, rather than developing, world.

That’s why much of my work is now focused on educating the next generation of diverse students, to make the journey easier for them and ensure that the work that I’ve started is continued and enhanced. Part of that is through public speaking and spreading the importance of marine conservation, such as through my TED Talk on ‘Why you should care about whale poop’.

What makes studying at Oxford special?

For me, what made Oxford special was the class that I studied with. There were 16 of us studying for an MSc in Integrative Biosciences, all coming from very varied areas of biology. It wasn’t competitive at all. Instead, we genuinely helped and uplifted each other, sharing the skills and knowledge that we had arrived with. I would say that this collegiality was really the defining part of my time here.

I chose this course specifically because it was research-based and hands-on, and I knew I wanted to go on to a research career. It also took a multi-disciplinary approach, so I worked on research in a variety of areas, such as genetics and molecular biology, which weren’t my strongpoints, but which gave me a different perspective and showed me how important it is to bring together knowledge from all areas in order to solve problems. It taught me that I need a lot of components to answer a single question, and I would say that’s now my skill: bringing people together to answer big conservation questions.

To finish off the interview, can you tell us what Oxford means to you?

Oxford means being part of something much greater than myself.

In 2018 Asha de Vos was awarded the British Council Study UK Alumni Awards Professional Achievement Award, which recognises alumni whose work has created change in their chosen profession. She received the award for the work that she has done, and is doing, in the area of whale conservation.