ALUMNI STORIES: 'I NEEDED TO LEARN THE BASICS FIRST'

ALUMNI STORIES: 'I NEEDED TO LEARN THE BASICS FIRST'

Evie Dunmore first came to Oxford in 2008 for her Master’s degree in Global Governance and Diplomacy, intending to work in sustainable development for an international organisation. Fast forward ten years and she’s now signed a three book deal with Penguin Random House for her debut novel. 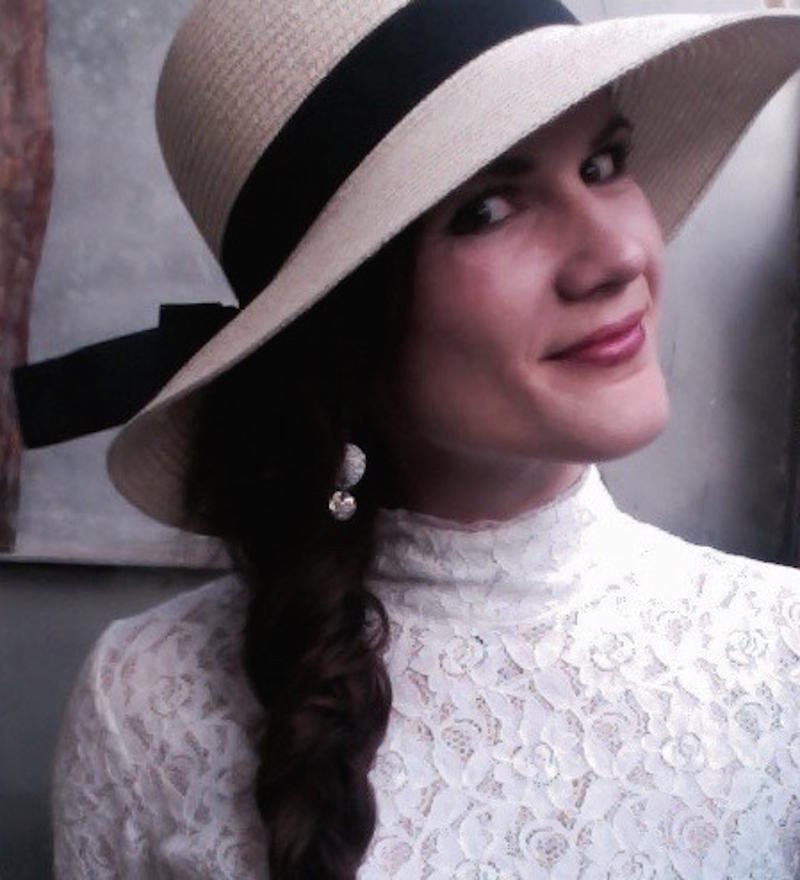 What drew you to studying for your Masters at Oxford?

I really enjoyed my International Politics and Economics studies at undergraduate level and I was planning to work for an international organisation. Going for a master’s degree in international relations was logical and Oxford is a leader in the field. Plus I was hopelessly enamoured with the University’s history and the beauty of the dreaming spires and wanted to be a part of that.

Where did your Masters lead you?

My focus had always been on sustainable development, so after Oxford I worked at a consultancy for renewable energy and clean tech projects. After a year, I decided to go freelance, and the flexibility this provided appealed to me so much that I kept postponing my UN application. I suppose in the end, I valued my autonomy over a traditional career in IR; I have been working for myself ever since.

You returned to Oxford in 2016 to undertake a writing course with Continuing Education. What made you decide to do this?

The idea for a story kept popping up, and the characters became quite chatty and insistent. I had been writing bits and bobs since I was a child, so I thought: why not give a proper book a try? I decided I needed to learn the basics of the craft first, however. I checked Oxford’s website, knowing there was a wide variety of online courses available and I trusted that they’d have a high standard. I signed up for Advanced Creative Writing, which I could conveniently do from home while still working full time.

You’ve now sold your debut novel to Penguin Random House Group. How did the writing course help with this?

Firstly, the course had a great tutor who was a published author herself, and she advised us to read books on writing I wouldn't have bothered to read otherwise. That and the writing exercises helped me develop an awareness of my innate strengths and weaknesses as a writer and I learnt the basic dos and don’ts of writing a novel. We were also taught crucial commercial aspects such as crafting appealing queries. Most importantly, I learnt to share my texts with others in a very supportive, virtual classroom, environment. It gave me the courage to cut back on my day job and to give my novel a serious go.

Secondly, after we had completed the course, a few people and I decided to continue a writing group on Facebook. That group provided vital emotional support and accountability along the way. At the end of the day, finishing a novel is a thing of mind over matter, and having other writers cheer me on made all the difference. For being so much fun, writing is really hard.

What were some of the biggest challenges in securing your book deal?

The main challenge is that much of landing a book deal is beyond your control; market saturation can play a role in a novel not finding a home. Your odds of being pulled from the pile are low and I had mentally prepared for no deal at all.

I was going for traditional publishing and you need an agent for that. I checked Twitter, QueryTracker, and The Top 100 US Literary Agent List for agents in my genre. I set up a spreadsheet with about 20 agents representing authors whose books are similar to mine. Then I looked up their blogs, interviews, and deal records with the publishers I had an eye on in order to decide on the best fit. 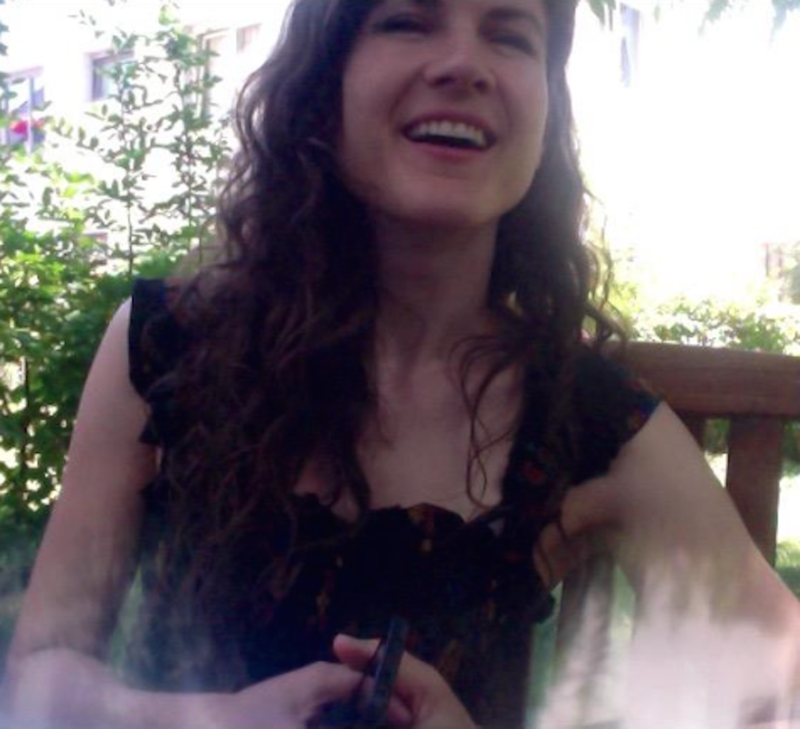 You can increase your luck by doing your research: don’t submit a 150,000 word debut in a genre where the average book is 90,000 words; don‘t offer a historical novel to a sci-fi agent. Write an outstanding query – a good agent or indie publisher receives dozens of queries a day on top of their actual to-do list and you have five seconds to make an impression. Alternatively, you can also pitch to agents at conferences.

Another challenge was trusting my intuition when I had no experience to go on. I had interest from British agents after a conference, which was very tempting but I realised the novels with a similar feel to mine were all written by US Americans. So I went for the US, which was the right decision because I’m very happy with my agent and editor. It definitely helps to talk to established writers, who I found incredibly supportive.

Once the writing is done, the art part is over. If you want to get it published, you’re moving on to doing business and you have to apply a different mindset.

We all know that books can go through many changes from first copy to final print, can you tell us a bit more about this process?

In my first book, I had already killed most of my darlings before submitting it, in a quest to cut to the core of things. I had removed two characters, re-written the protagonist, and scrapped 10,000 words that were probably nice but served no purpose. My agent had no comments and my editor had a few very constructive but minor suggestions, so the book hasn't really changed.

There were still two reiterative rounds of developmental edits, a round of copy edits, and then two rounds of proof-reading, all quite exciting. 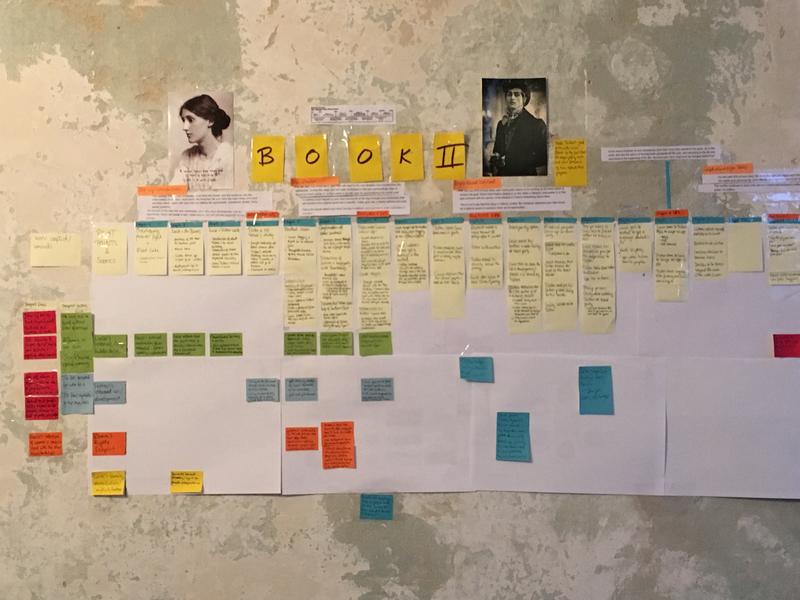 My second book is a very different animal. It’s being written on a contract, so there’s less time, and there are scary expectations. My poor editor is in for a surprise! I actually look forward to her input; I feel she gets my characters and has their best interest in mind.

I’d find it difficult if changes were made to my characters just to appeal to an audience, but when a publisher buys your book, your art may end where marketability begins. I grapple with that, but I know I would have found the self-publishing route even harder.

Does Oxford play a part in your novels?

It does. It’s a love story set in Oxford and the heroines are modelled on the first women who enrolled at Lady Margaret Hall in 1879, a rather under-explored topic for some reason. The heroine of the first book becomes entangled in the rising suffragist movement, which was not well received at LMH. To complicate matters, she also develops romantic feelings for an aristocrat who doesn't exactly champion the cause.

As an alumna, I had easy access to the Bodleian Libraries, and thanks to the fantastic archivists at LMH, I got to spend a few days reading through very exciting primary and secondary sources on the first female students at LMH. It really helped me to get an accurate a picture as possible.

Let’s talk about your time at Oxford: what was the best thing about studying at the University?

The people: brilliant academics who took the time for in-depth discussions and feedback on my work, and amazing fellow students – from all walks of life, but all passionate about their research and wanting to make a helpful contribution. I had a wonderful sense of belonging. Usually, eyes glaze over when you want to chat about poly-centric governance systems, but at St Antony’s that was standard dinner conversation and I learnt a lot just by listening in.

Where was your favourite studying spot?

It depended on where the books were, but I always tried to study in the Oxford Union Library. I’m a Victorianist at heart and I never got enough of the gorgeous pre-Raphaelite murals. That's the beauty of Oxford, you can go and study what you love surrounded by original Morris & Rossetti paintings.

And where did you spend your free time?

What free time?! I tried to make an effort to carve out some time every week to explore Oxford. I enjoyed walking or running in University Park, Port Meadow, Magdalen College Gardens and the Thames Path to the Trout. St Margaret's Church in Binsey is lovely for a time-out. I liked to eat at the Vaults & Gardens, the Rose (scones!), and small cafés in Jericho. Evensong in New College was a must. Or I window-shopped the Victorian and suffragette jewellery in Norah's Antiques’ shop on Turl Street. I gifted myself a piece after I graduated – I guess the story of Victorian women at Oxford had been at the back of my mind for a long time before it manifested as a book.

Evie Dunmore’s debut novel, Bringing Down the Duke, is the first in a trilogy of Victorian romance novels set in Oxford, in which a fiercely independent vicar’s daughter clashes with a powerful duke. It will be published by Berkley Press in the autumn of 2019.

Find out more about the trilogy at on Amazon. Connect with Evie @evietheauthor on Instagram

Alumni are free to access the Bodleian Libraries, you can find out how to do so here.

You can find details on writing courses at Continuing Education here.