Oxford may have lost the boat race but it won the ice hockey, both events taking place on March 24. Deep in the Swiss alps, the two teams faced off at the Lyceum Alpinum boarding school ice hockey rink in St Moritz. 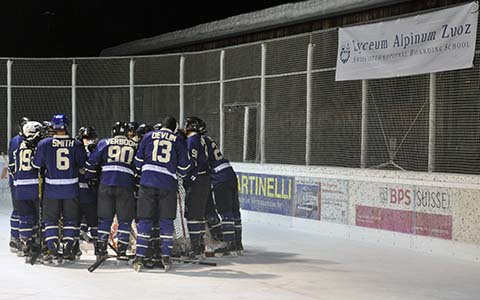 Oxford before the start. The Lyceum Alpinum Zuoz played host in 1885 at the very first match.

In a close fought and thrilling match watched by a large crowd of alumni in plunging temperatures of minus 6 degrees centigrade, Oxford eventually prevailed one minute and 17 seconds into extra time, after a 3-3 draw. 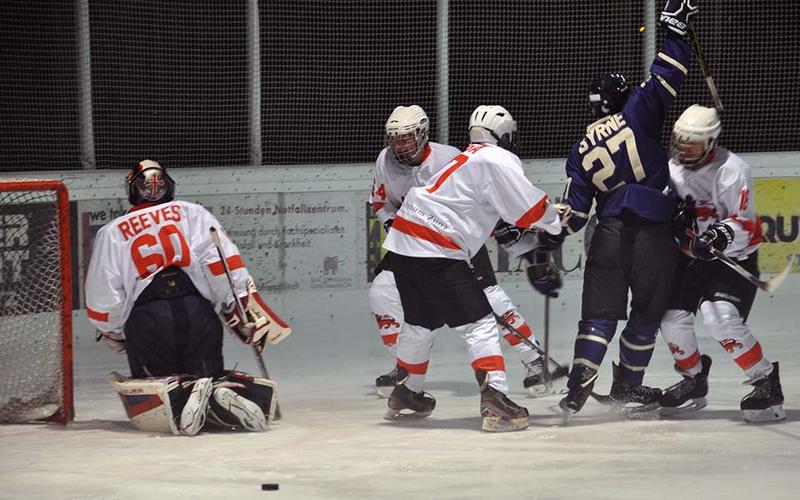 When the match began at 8pm, Cambridge initially looked the stronger side but Oxford suddenly took control ten minutes in and scored, and then scored again. That initial edge, plus an unbeaten league record, appeared to give them a psychological advantage although there were many occasions when the pale blues could have prevailed, with a sparkling performance by the towering Wilbys. But it was finally Canadian Chris Byrne (Kellogg, 2015), who scored for Oxford from a complex goal mouth confusion, ending the match, the final score 4-3. 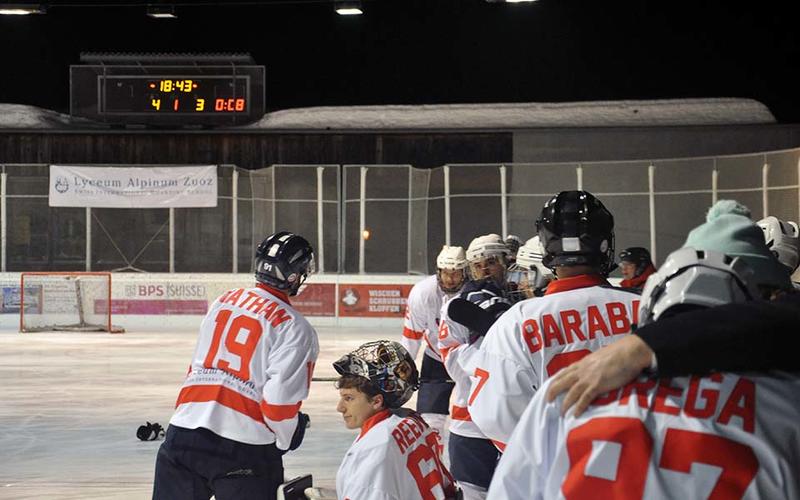 Cambridge dejected as they take in the scoreboard after a long campaign in temperatures of minus 6.

Before the match, several mixed gender alumni teams played warm-up matches and Cambridge dominated the results. Another team dressed in antique kit to evoke the atmosphere of a century ago – but interestingly the equipment has changed very little save for the incursion of synthetic fabrics over wool. 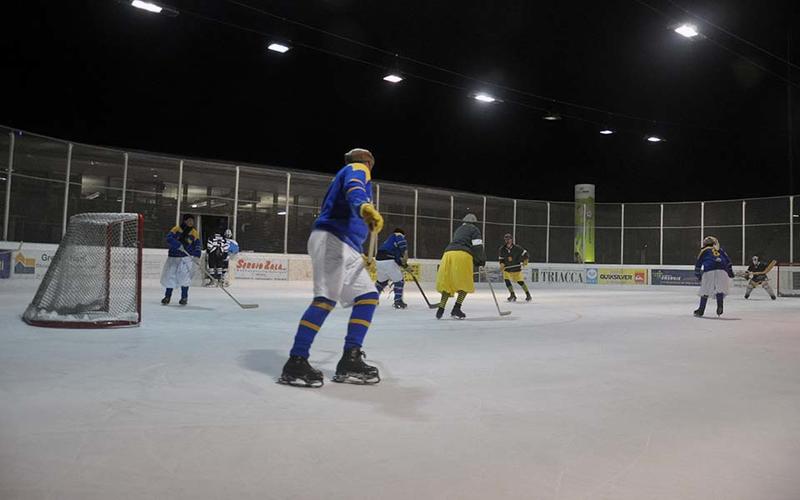 Yesteryear heritage match played by alumni showed that the game has remained much the same.

Normally, the Varsity ice hockey match is played either at a rink in Peterborough, or at the Oxpens public rink in Oxford. Cambridge is building a new rink that will open next year. It was the Lyceum Alpinum boarding school that initially suggested a return to the St Moritz for the centenary match, and by all accounts the setting made for a special occasion. 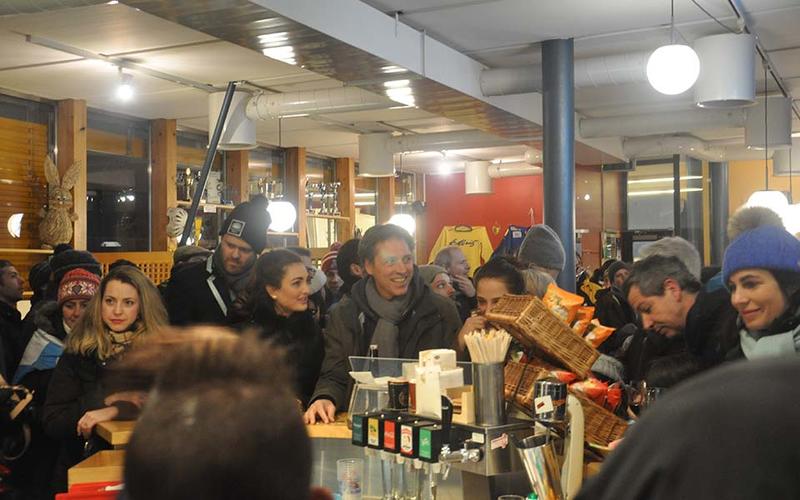 The Lyceum venue provided warmth and conviviality on a very cold night in the Swiss alps in St Moritz. 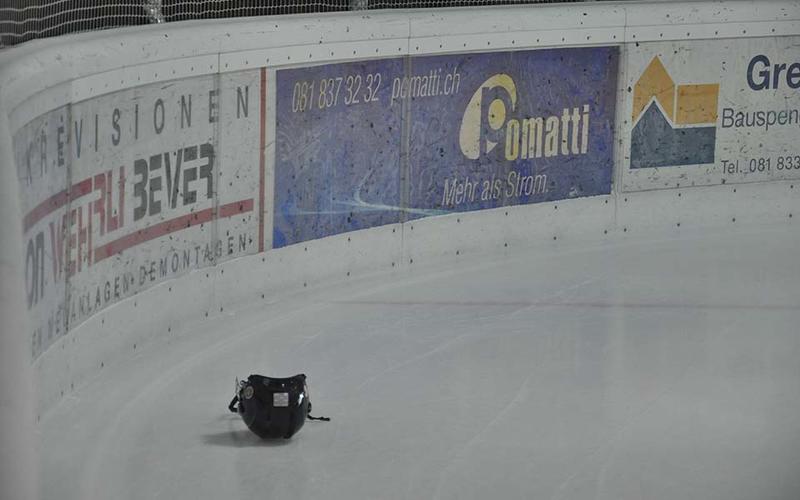 Thanks to Swiss Tourism; Tourism Organisation Engadin St Moritz and to Evelyn Gorgos of Tschuggen Hotel Group, for supporting QUAD in the reporting of the match.