Oxford alumnus and Minister of State for Universities, Science, Research and Innovation, Sam Gyimah, has formally opened the Schrödinger Building in Oxford, a £13 million, 61,500 sq ft laboratory and office facility designed to promote collaboration and cross-fertilisation of ideas 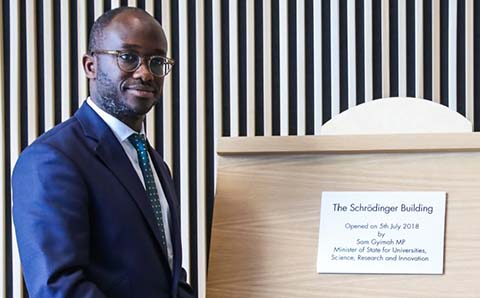 As well as declaring the Schrödinger Building open, the Minister also heard about the work of 3D technology innovator Fuel3D and Oxford Sciences Innovation, its first two occupiers. A third occupant is expected to be announced shortly.

Following speeches by Magdalen College President, Professor Sir David Clary, and the Park’s Managing Director Piers Scrimshaw-Wright, the Minister, who studied PPE at Oxford, spoke at length about the need for an open culture of innovation premised on a UK that was wide open to skilled immigrants. 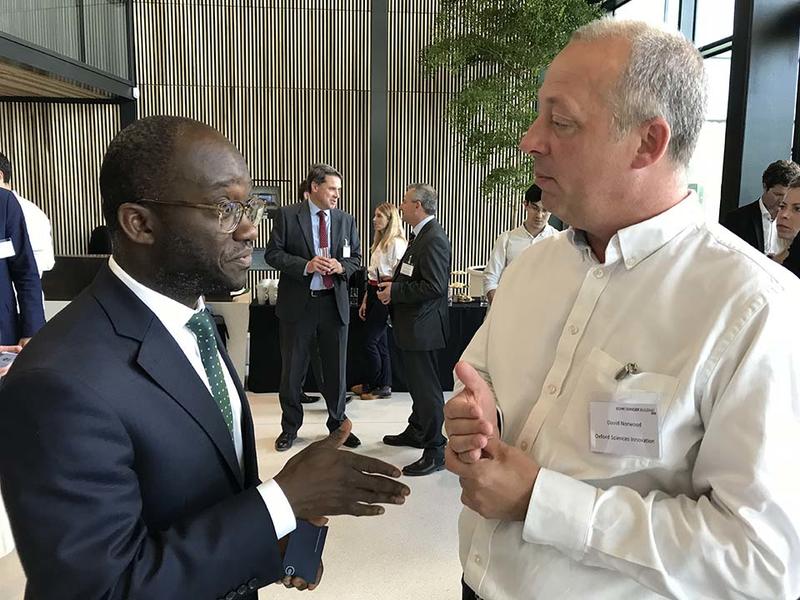 ‘In our Industrial Strategy,’ he noted, ‘…we have committed to increasing R&D investment by a third over the next decade. To make the most of this we will need to create the conditions for the disruptive businesses and dynamic thinkers of tomorrow to thrive.’

He noted that openness, entrepreneurship and strong institutions had made Britain great in the past, and that they needed to be renewed, along with healthy ambition towards the UK being a cutting edge technology leader. He joked that Britain needed to be less reticent about what it does well, in a highly competitive marketplace.Speaking of the need for an ecosystem of technical talent, he also noted the need to ‘consider the balance between spin-outs and maximising university revenue,’ adding that government procurement could be harnessed ‘to help innovative smaller businesses to grow.’ 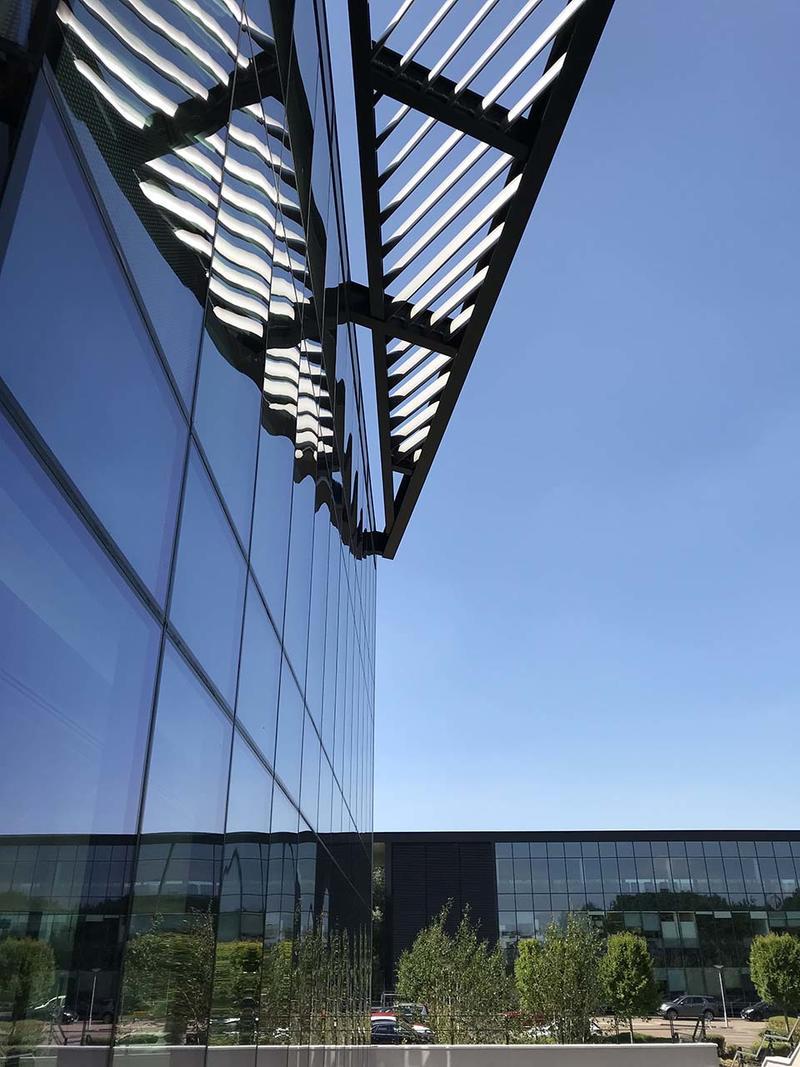 Magdalen College own The Oxford Science Park, having initially developed it in partnership with a real estate company between 1991 and early 2016. Situated south of the ring-road just beyond Littlemore, the Park is home to 2,500 employees and 80 businesses, with a further ten acres to expand into over the next few years.

Professor Erwin Schrödinger, the Nobel prize-winning Austrian physicist, was a Fellow of Magdalen College from 1933-1938. Clary pointed out in his remarks that there is a tangible link between some of Schrödinger’s research and the initial tenants of the building. They include Fuel3D, which develops innovative 3D scanning solutions and was originally a spin-out from Oxford research. Another tenant is Oxford Sciences Innovation (OSI), whose founder Dave Norwood (Keble, 1988) discussed with Gyimah how much entrepreneurship had grown at Oxford in recent years.