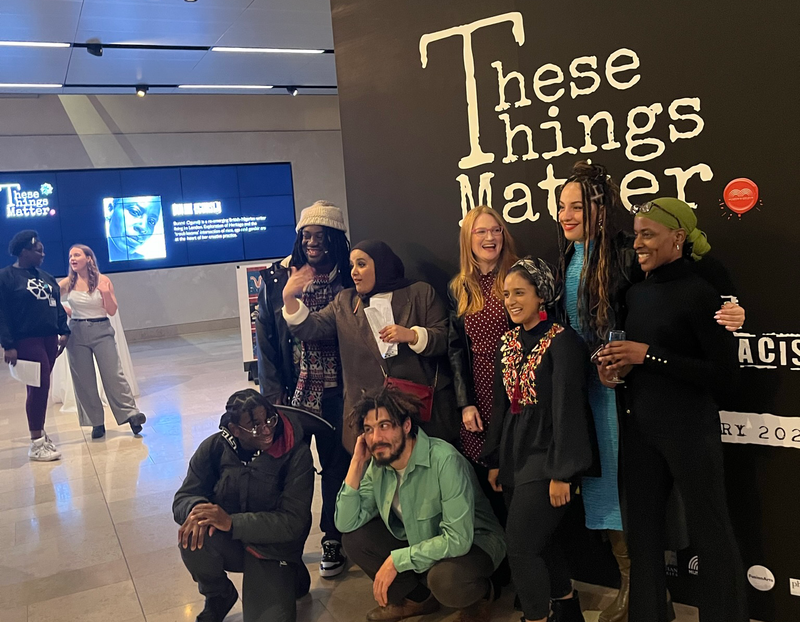 New Bodleian Library exhibition These Things Matter: Empire, Exploitation and Everyday Racism presents six examples of artefacts from the Bodleian Libraries’ colonial collections and considers how oppression can be normalised.

Following a process of public workshops, seven artists selected by theMuseum of Colourand Fusion Arts were invited to reflect on the artefacts.

Their contemporary responses are provocative, at times uncomfortable but always thought-provoking, and not all the interpretation is explicit. 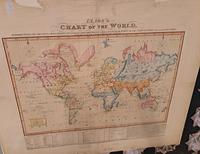 An engaging and persuasive artefact is Clark’s Chart of the World (London,1822, pictured left); ‘exhibiting the prevailing religion, the form of government, state of civilisation and the population of each country’.

It’s a visually stunning example of a preserved map from the beginning of the 19th century. A key on the map’s ‘Explanation of the Emblems’ provides information about how countries on the chart have been shaded. The colours actually indicate ‘Degrees of Civilization’ - Savage, Barbarous, Half Civilized, Civilized and Enlightened.

In response, artist Grace Lee (SOME.GAL) explores ‘Who defines the savage but has permission to act savagely?’ In her video installation, viewers are asked to consider ‘The colonial urge’ and how maps help create the world.

Nilupa Yasmin’s photographic sculpture in response to an ‘Act for the better ordering of slaves’ draws the viewer’s gaze to design and symmetry. But look a little closer. As well as being beautiful these are ‘intricately folded pages filled with heinous words’ and also ‘expose the ill treatment of enslaved peoples and the harsh reality of our collective history’. 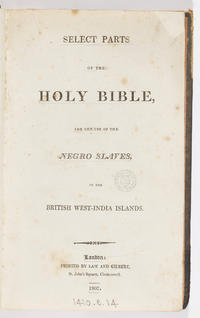 Another compelling exhibit is a censored version of the King James Bible, commonly known as the ‘Slave Bible’, published in the same year that the British slave trade was abolished (depicted, Right).

In Bunmi Ogunsiji’s video installation, we learn that ethnically diverse and distinct groups forcibly transported from the African continent ‘brought with them their own traditional religious and spiritual practises many of which were forbidden, often practised in secret and/or syncretised with Roman Catholicism and Christianity.

In his work, the artist imagines a meeting between a proud Nigerian and devout Christian and the Rev Beilby Porteus.

The video includes excerpts from a letter written by the Right Honourable Rev Beilby Porteus, founder and president of ‘The Society for the Conversion and Religious Instruction and Education of Negro Slaves in the British West India Islands’.

The Society was responsible for producing the ‘Slave Bible’ entitled Select Parts of the Holy Bible for the use of the Negro Slaves in the British West-India Islands, a heavily redacted version of the conventional edition, which excluded certain parts believed to incite rebellion and revolt and instead emphasised parts which served to justify slavery and encourage obedience and servitude.

The video explains that Porteus’ letter, ‘addressed to the Governors, Legislators and Proprietors of Plantations in The British West India Islands, is both a plea and proposal, in which he condemns the inhumanity and evil of slavery whilst stressing the importance of converting ‘Negro Slaves’ to Christianity in order to improve the condition of their lives, save their heathen souls and modify their primitive behaviours, thus creating a new breed of “Negro Christian” and ensuring their eternal “loyalty”, “gratitude” and “submission” to their “masters”’.

Other artists reflecting on artefacts in the exhibition are Amina Atiq, Dirty Freud, Mahdy Abo Bahat and Johannah Latchem.