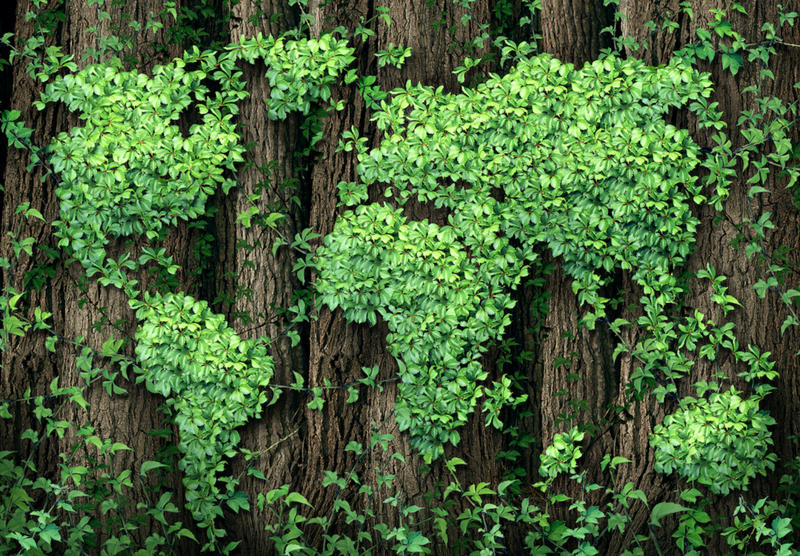 The living world is not a sideshow in the climate debate. Our climate benefits from a healthy and flourishing biosphere, just as ecosystems and the diversity of living organisms depend on climate

We have all seen images of distressed animals and devastated regions affected by flooding, fire and rising temperatures. They show real decline in ecosystems around the world from coral reefs to Australian or Amazonian forests, from peatlands to the Arctic tundra. This is a time of immense pressure on the natural world. But the natural world is also critical to the climate - and our future. Threats to climate and biodiversity are not separate ‘issues’, to be approached from different directions. They are intrinsically linked.

Today, two briefings are published, one by the Royal Society and the other by the Interacademy Partnership, which is the collective voice of the world’s science, engineering & medical academies, ranging from Afghanistan to Zimbabwe, from the USA to China. The briefings were prepared by leading scientists from around the world and approved by various national academies, and together represent the collective view of the UK’s and the world’s science academies. I was in the fascinating position of chairing this process at both the UK and international level.  The briefings highlight that biodiversity must be at the heart of discussions around climate change. They are inseparable.

This is not chance timing. This week, biodiversity is the subject of a major UN conference, COP15. In less than a month, it is a key theme of the ‘main event’ - COP26 in Glasgow. World leaders and policymakers are going to arrive in Scotland from around the globe to talk about climate change. And nature is at the ‘top table’.

But, we argue today, it does not just need to be present, it needs to underpin decision-making. Our report, published by the Royal Society, calls on world leaders to ensure integrated climate and biodiversity policies. Only in this way can biodiversity be protected, at the same time as contributing to climate change mitigation and adaptation.

In our briefing, we detail how climate change leads to a range of impacts on biodiversity and ecosystems. And it has a circular impact: rising temperatures lead to fires, droughts and floods, these lead to degradation of ecosystems, which leads to further climate change.

After all that bad news, the good news is, we can do something about it. Both climate change and the natural world can be supported and biodiversity encouraged.

By integrating climate and biodiversity policies, the full potential of biodiversity can support climate action. Nature-based solutions can help mitigate climate change: they are available now, but need massive investment to work at the scale required. There are significant actions which can be taken immediately, for example in terms of restoring peatlands, improving forests, encouraging sustainable farming and less meat and dairy consumption, as well as increasing the amount of land and sea area protected.

But there are hazards too. Some types of interventions to mitigate climate change, such as planting trees in natural grasslands or savannas, or expansion of bioenergy, can further increase pressure on our lands and further harm biodiversity. Moreover, such nature-based solutions must be implemented alongside massive reductions in greenhouse gas emissions, and not be a substitute or excuse for delay on action on these emissions. And all such solutions must involve the cooperation and engagement with local communities to ensure fair outcomes.

Over the coming few months we have a unique opportunity to address the climate change and biodiversity crises in an ambitious and joined-up manner. We must seize that chance.