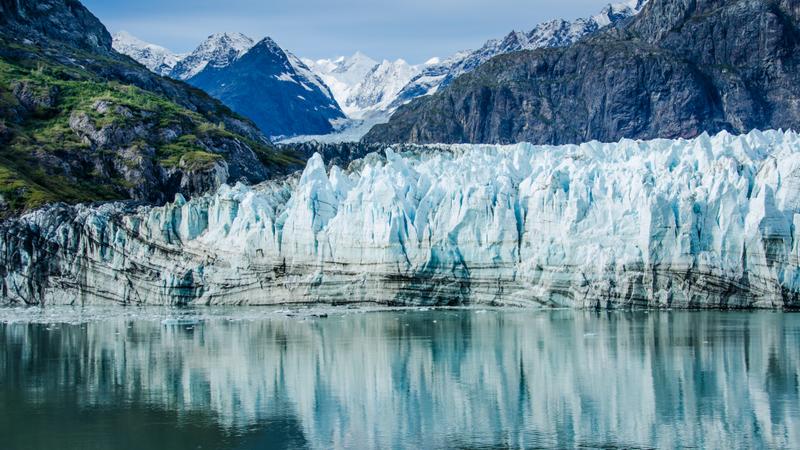 For the first time, researchers have proved human-caused global warming is directly responsible for creating a ‘critical threat’ of a devastating outburst flood

For the first time, researchers have proved human-caused global warming is directly responsible for creating a ‘critical threat’ of a devastating outburst flood - putting a city of some 120,000 people in the path of potential floodwaters, according to new research from the University of Oxford and the University of Washington, published on Feb 4 in Nature Geoscience.

As the planet warms, retreating glaciers contribute to the formation of unstable lakes, prone to hazardous outburst floods. This new study provides a vital missing piece of evidence for a ground-breaking lawsuit seeking compensation from an energy company, RWE, for climate change impacts.

This new research establishes a ‘full set’ of links from human-made greenhouse-gas emissions to the substantial risk of a dangerous outburst flood from Lake Palcacocha, high in the Peruvian Andes. This flood threatens to inundate the city of Huaraz.

Rupert Stuart-Smith, lead author of the study says, ‘We found that human influence on climate – through greenhouse gas emissions – is responsible for virtually all of the warming that has been observed in the region.’

‘The study shows that warming has caused the retreat of the Palcaraju glacier which, in turn, has increased the flood risk. Crucially, this establishes a direct link between emissions and the need to implement protective measures now, as well as any damages caused by flooding in future.’

According to the study, ‘The magnitude of human-induced warming equals between 85 and 105%...of the observed 1°C warming since 1880 in this region. We conclude that it is virtually certain (>99% probability) that the retreat of Palcaraju glacier to the present day cannot be explained by natural variability alone...

‘The worldwide retreat of mountain glaciers is one of the most prominent impacts of climate change in public discourse and an established consequence of anthropogenic climate change, with Andean glaciers among the fastest retreating.’

Professor Gerard Roe, study author and researcher at the University of Washington says, ‘The scientific challenge was to provide the clearest and cleanest assessment of the physical linkages between climate change and the changing flood hazard.’

‘Around the world, the retreat of mountain glaciers is one of the clearest indicators of climate change,’ according to Professor Roe. ‘Outburst floods threaten communities in many mountainous regions, but this risk is particularly severe in Huaraz, as well as elsewhere in the Andes and in countries such as Nepal and Bhutan, where vulnerable populations live in the path of the potential floodwaters.’

The study provides key new evidence for Lliuya v. RWE, a lawsuit in the German courts. Saúl Luciano Lliuya, a farmer from Huaraz, is suing RWE, Germany’s largest electricity producer, for the costs of preventing harms which would result from an outburst flood from Lake Palcacocha. The study’s establishment of a clear, linear causal chain between greenhouse gas emissions and severe outburst flood risk could help resolve critical outstanding questions in the case.

Professor Thom Wetzer, Founding Director of the Oxford Sustainable Law Programme, says, ‘A number of new lawsuits are attempting to hold high-emission companies responsible for the costs of climate change.

‘Such claims require rigorous scientific evidence quantifying the links between emissions and impacts – as has been provided in this study. It is now up to litigators to translate the science into high-impact legal arguments. Whether or not this particular case proceeds, it shows there is huge potential to leverage the power of the law to hold private companies liable for climate-change related impacts.’

In technical terms, the study took a three-step approach to evaluate the link between greenhouse gas emissions and the flood hazard:

‘The next challenge is to translate this scientific understanding of cause and effect into evidence that holds up in courts. As human influence and our ability to quantify it differs strongly from place to place and across different types of events, this is far from straightforward. But as these events threaten communities around the world, and loss and damage from climate change are far from being top priority for policy makers, this kind of research is needed more than ever before.’

The next challenge is to translate this scientific understanding of cause and effect into evidence that holds up in courts.

This is not the first time Huaraz has been threatened by climate change. In 1941, an outburst flood from Lake Palcacocha killed at least 1,800 people. The study also found this flood to be influenced by human-induced climate change – making it one of the earliest fatal impacts of climate change to have been identified globally.

Since the 1970s, engineering works have sought to keep up with the growing flood risk and make the lake safe.