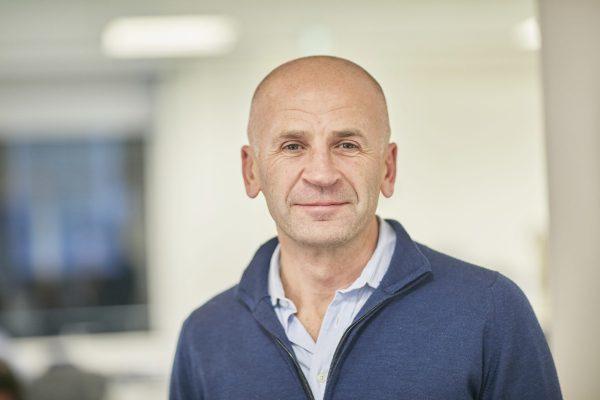 CEO of Oxford Science Enterprises since October 2020, Alexis Dormandy (Balliol, 1990) spoke to QUAD at a propitious moment, having just announced in July 2022 that he and his team had successfully raised £250 million in an extensive rights issue involving existing and new investors in the company that exists to nurture Oxford University intellectual property in a commercial setting.

The extraordinary measure of this achievement is that it comes at a moment when there is enormous fear in the markets, arising from rampant inflation, the long-tail disruptions and debt of COVID spending by governments, and frankly overvaluation of many promising, cutting-edge companies of exactly the sort OSE exists to promote.

Dormandy, who originally studied medicine at Oxford, says that the problem ‘is an investor problem not a science problem.’

‘Valuations got ahead of themselves in recent years. Some investors went in too high and have been burned. It’s got the feel of 2000-2001 when the dot-com market disintegrated.’

OSE swims in different waters to the extent that the company is privately owned. It is not listed on the stock exchange, nor is it a fund.

‘Our investors own the company, we are not a fund manager. We can pursue long term opportunities largely protected from short term market movements.’

Alexis characterises the company’s resource as an ‘evergreen investment pool.’

He says that returns on investments go straight back into further investments. It is not a situation where recurring profits are drained away in the form of cash dividends.

‘I could show you my job description on a simple piece of paper with four words – Science-Impact-Returns-Science.’

Back in 2015, OSE was simply an idea on a sheet of paper in the hands of former chess master Dave Norwood (Keble, 1988).

Norwood raised a remarkable £600 million from significant, typically institutional investors all over the world, who understood the long-term nature and promise of fundamental university science applied to areas such as healthcare, AI and climate change.

When Norwood stepped down five years later OSE was briefly run by two interim heads before Alexis took over in October 2020, amidst the pandemic and just before the successful interim data from Oxford University’s Phase III vaccine trials was shared with the world on November 23, announcing the breakthrough success of the Oxford-Astra Zeneca vaccine for COVID.

Not surprisingly, that watershed moment generated enormous global conviction around the pursuit of fundamental science leading to breakthroughs in solving pressing, global problems.

One of the fragments of that wider story that got less publicity at the time was that OSE had been a core investor in Vaccitech, a company co-founded by Professor Dame Sarah Gilbert to tap private investment to further her clinical trials of a vaccine for the prevention of Middle East Respiratory Syndrome, or MERS – the basis, as it turned out, for the ‘Oxford Vaccine’, ChAdOx1 nCov-2019.

Vaccitech had its own successful IPO under OSE’s support in April 2021, listing on the tech-heavy US NASDAQ market and raising considerable capital towards its immunotherapeutics product pipeline.

Another OSE company, muscular dystrophy specialist PepGen, also successfully listed on NASDAQ in May, a remarkable achievement against a wider paucity of listings across all markets in 2022 as the market turned against riskier start-ups in the face of wider nervousness.

Alexis mentions five other trade sales, one of which was Yasa Motors, Oxford creator of a very lightweight in-wheel electric motor aimed at high performance electric cars. Mercedes-Benz bought the company in 2021.

Dormandy is frank about the challenge of knowing how and when to realise an ‘exit’ like this rather than nurture a company from all the way from acorn to oak tree, retaining the value and the returns along the way.

For example, the lithium-ion battery was partly an Oxford University innovation but was commercialized by Japanese consumer electronics giant Sony.

‘The thing about Yasa,’ he notes, ‘is that Mercedes bought the car bit of the technology but not the whole IP.’ In a non-automotive sector such as aviation, Yasa continues but under the name Evolito, a clever instance of structuring a deal that worked to both sides, raising a substantial return but not giving away all the jewels.

It’s a very good example of how sophisticated Oxford’s IP operation has become in recent years.

OSE jives with a broader University spin-out culture that includes the University’s own tech transfer unit Oxford University Investment (OUI), and listed company IP Group that began life twenty years ago with a link to Oxford’s chemistry department and has been proactive in realising seed investments in a series of Oxford-specific innovation funds, all of which have received funding partly from Oxford alumni.

One of the other red hot themes of the past two years is the rise of so-called Environmental and Social Governance (ESG) investing, particularly in regard of climate change concerns leading to ‘green capital.’

Alexis says that OSE has avoided the suspicion of greenwashing because it doesn’t sit there with a list of criteria, ticking boxes.

‘ESG is basically what we do, it’s who we already were before ESG. We have a fourfold remit that includes health, protecting the planet, security and safety, which includes food security, and finally fundamental technologies.

‘What OSE actually does at its core is ESG friendly because the University’s own remit is to solve global problems equitably. Our investors understand that, and that if the problems get solved the financial returns will also be there.’

Based in the UK but on this occasion speaking to QUAD from California, Alexis speaks eloquently about the incredible reward of working with world leaders in their respective fields.

In a recent LinkedIn post he jotted about his ‘day job that lets me and the team spend our time working with literally the leading scientists on the planet to achieve positive impact in the world. Humbling.’

He mentions Professor Dame Carol Robinson and the application of sophisticated mass spectroscopy for drug discovery being done through a company called Omass; he talks about the fact that Oxford is a world leading cluster of AI imaging technologies that can potentially save public health care systems large sums in avoided treatments through early detection of disease; and he talks about First Light Fusion, yet another OSE investment that made global headlines in June when it successfully created a sustained fusion reaction for the first time in human history.

The difference between 2015 and today, he notes, is that a large proportion of the 80 companies OSE has invested in have rapidly grown. They represent 2,000 employees requiring careful policies around easily forgotten criteria such as diversity and inclusion (over half the OSE workforce are female even at the senior level, he notes).

‘I’ve built a machine around it, structure with a view to speed.’ He compares the company as having gone from infancy to teenage years in 2015-20, and in the past eighteen months into its early twenties.

‘It is genuinely world leading, but the companies we have require larger investments to take them towards their next stages, and to scale towards their true potential.’

‘In the early days we were writing cheques for £2-4 million, seed money. We still do these early stage investments, but now our more mature companies require many multiples of that sum.’

OSE will take a large position where the investment team sees fit, making it a unique company and among the largest university venture companies of its kind in the world.

The rapidity of the development is very striking, says Dormandy.

Before 2015 Oxford University was attracting in the region of £100 million a year in total venture funding. Then came OSE’s initial £600 million, which caused a collective gasp. But 2021 saw £1.4 billion come to Oxford, while Dormandy says that 2022 is set to raise £1.6 billion.

Oxford University owns 5% of OSE, retaining a stake in all its original efforts, while Dormandy says that there is a new scheme to render some returns back to Oxford’s academic departments, recognising the collective and not just the individual effort.

Make no mistake, he says. Universities are ‘national assets’ and need to be treated as such. They have become the ultimate incubator of ideas and research leading to IP.

Professor Chas Bountra, Pro-Vice Chancellor for Innovation at the University of Oxford, welcomed OSE’s July 2022 £250 million fund raising, adding that with OSE the University is ‘already creating more new companies than any other university in the UK.

‘These additional funds will allow us to create many more, but importantly allow us to scale these companies quickly with much larger investments. In partnership with our alumni, industry, government, philanthropy, peer institutions and charity networks all over the world we are determined to do everything possible to accelerate new therapies, enable earlier diagnoses of disease, mitigate the climate emergency and tackle social inequality.'

The purpose of private companies like OSE is to bring structure and investment enabling blue sky research to be transformed into world changing impact.

Alexis Dormandy (Balliol, 1990) is CEO of Oxford Science Enterprises, Chairman of Spoke, a non-executive director of Messagebird and a member of the UK Investment Council. 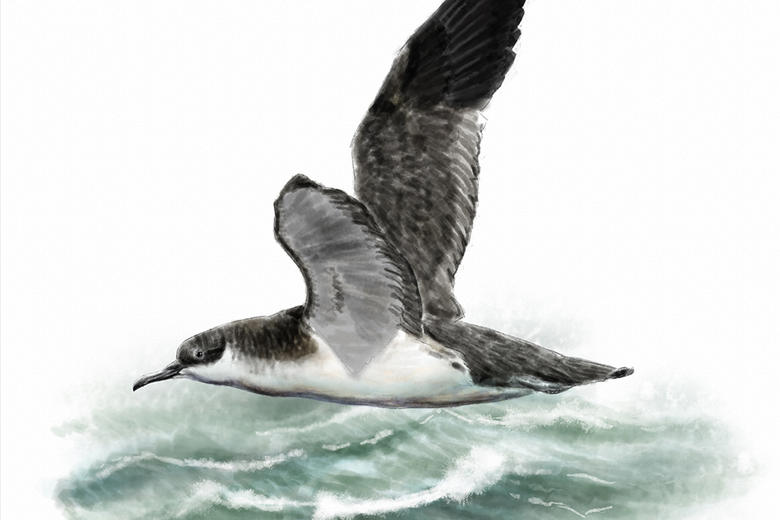