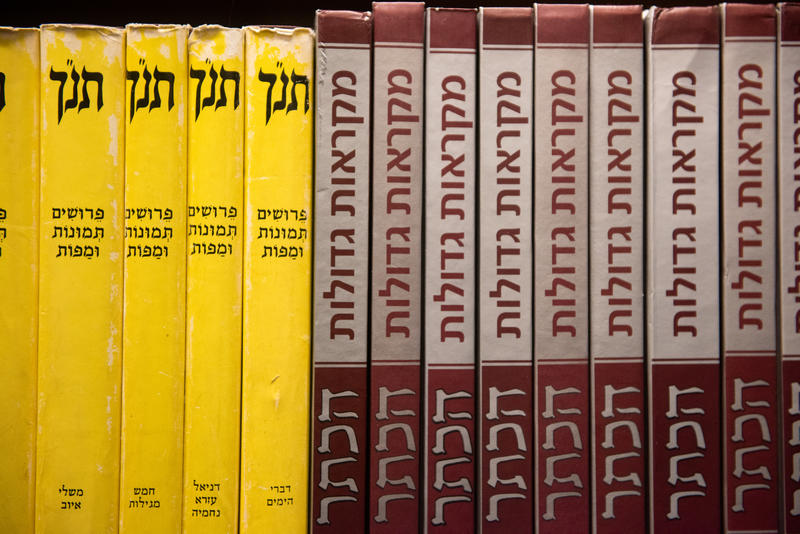 A major donation has this week guaranteed the curatorship of one of the treasures of Oxford’s Bodleian libraries: the ancient collections of Hebrew texts, which includes stunning illuminated manuscripts and important historic works 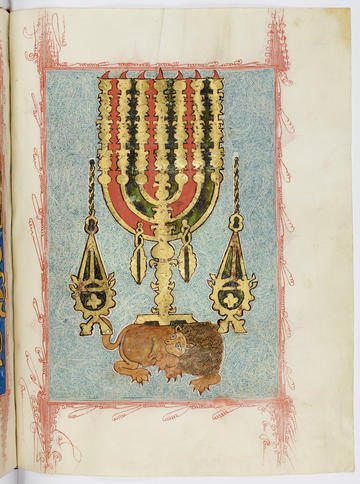 The curatorship has been safeguarded by a joint endowment from Sir Victor Blank (pictured below), formerly chairman of Lloyds bank, and the educational and academic charity, the Rothschild Foundation Hanadiv Europe.

Dr César Merchán-Hamann, the current guardian of what is one of the most significant collections of Hebrew manuscripts in the world, will become the first 'The Victor Blank Curator of Hebraica and Judaica'.

Hebrew books were among the original endowment of the Bodleian Library and among the first to be listed in the library's earliest catalogue in 1605. Pictured here is a page from the Kennicott Bible, a Hebrew Bible completed in La Coruna, Spain, in 1476, and today held by the Bodleian.

Hebrew books were among the original endowment of the Bodleian Library and among the first to be listed in the library's earliest catalogue in 1605. Alongside an extraordinarily rich collection of early Hebrew and Yiddish printed books, highlights include a fragment of Maimonides' autograph draft of the Mishneh Torah from the Cairo Genizah; exquisitely illuminated manuscripts of the Hebrew Bible, such as the 15th century Kennicott Bible, still with its original goatskin box-binding; and stunning festival prayer books, such as the richly illuminated 14th century Tripartite Maḥzor from the Michael collection. The Oppenheim Collection is probably the most comprehensive Jewish collection of manuscripts and printed books from the 18th century which has survived in its entirety.

Sir Victor Blank says, ‘My love and fascination with the Bodleian Library goes back to my undergraduate days. As an historian, I came to appreciate the uniqueness of the Bodleian, housing and preserving swathes of our written history in this country and across the world. The pre-eminent collection of Hebrew and Yiddish books (a collection as good as almost any in the world) requires love and care from a dedicated curator. I am delighted to be able, with the Rothschild Foundation Hanadiv Europe, to secure that post for the future.’

Meanwhile, Richard Ovenden OBE, Bodley's Librarian, says, 'I am delighted that this curatorship is now safeguarded for future generations. The Bodleian has treasured Hebrew books since its foundation more than 400 years ago, and we remain committed to preserving and making available these highly important collections.

'This donation shows confidence in the Bodleian's world-class scholarship in Hebrew and Jewish studies, and will allow us to extend our work to share the richness of Jewish culture and learning with students, scholars and the general public across the globe. We are enormously grateful to Sir Victor Blank & to the Rothschild Foundation Hanadiv Europe for this tremendous gift.'

From Western, Central and Eastern Europe, as well as from North Africa, the Middle East and China, the collection includes all fields of traditional Hebrew scholarship. Its geographic, cultural and chronological range is enormous, representing a large panorama of Jewish life and culture in the last millennium. The Samaritan, Syriac, Ethiopic and Mandaic collections are more modest, but all include individually significant items. 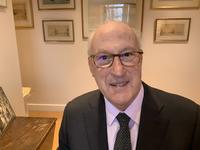 Lord Jacob Rothschild says, 'My family is proud to be associated with this important initiative. Our Foundation looks to the future, and supporting this curatorial position, in partnership with Sir Victor Blank, will contribute to securing Jewish scholarship and offering access to unique manuscripts for generations to come.’

Recently, the splendour of the collections was brought to public attention through a stunning book Jewish Treasures from Oxford Libraries. Many of the greatest items are freely available online, and the Bodleian plans to digitize its entire Hebrew and Jewish collection, a project the Curator will lead.

Until recently, Sir Victor was the Chairman of the Trustees of the Rothschild Foundation Hanadiv Europe. In recognition of the donation, the lecture theatre in the Weston Library will be named 'The Sir Victor Blank Lecture Theatre' for a period of 25 years.

Pictured: A page of the Kennicott Bible held by the Bodleian (1476); Sir Victor Blank. The lead image is of a bookshelf in the Leopol Muller Memorial Library in the Bodleian Library, Oxford.