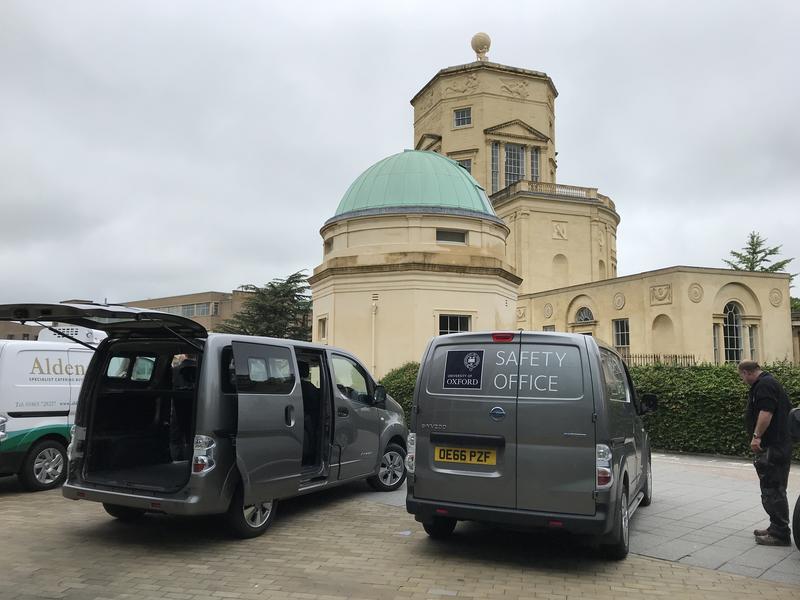 Sarah King, Head of Shared Services for Estates Services, shared lessons learned over a four year trial of a small fleet of 12 electric vehicles. She reported that the second generation Nissan Leaf and Nissan e-NV200 vans had been a huge advance over the first generation, boasting ranges of approximately 150 miles in real world use. She noted that drivers employed by the University preferred Nissan to Renault and she added that they had had almost no technical problems beyond a stuck switch.

Jake Harrison, an EV consultant for [ui!]uk, who had undertaken research for the University including colleges and departments, argued that when taking into account insurance costs, maintenance and fuel consumption, EVs already boast lower whole life time costs.

He claimed that over five years, the University could save £170,000 if converting its existing 71 car fleet to electric. Each vehicle is driven on average just 33 miles daily, meaning that range anxiety is simply not a consideration.

However, Harrison said that charging infrastructure is lacking. He said the next goal will be to create a pilot sharing scheme allowing departments and colleges to potentially draw on a centralised fleet, reducing the overall number of cars in circulation and further increasing savings and cleanness.

The University is bound to act because of an environmental clause baked into its development goals and strategic plan – to minimise environmental impact, ‘conserving our historic built environment and improving our space utilisation.’ 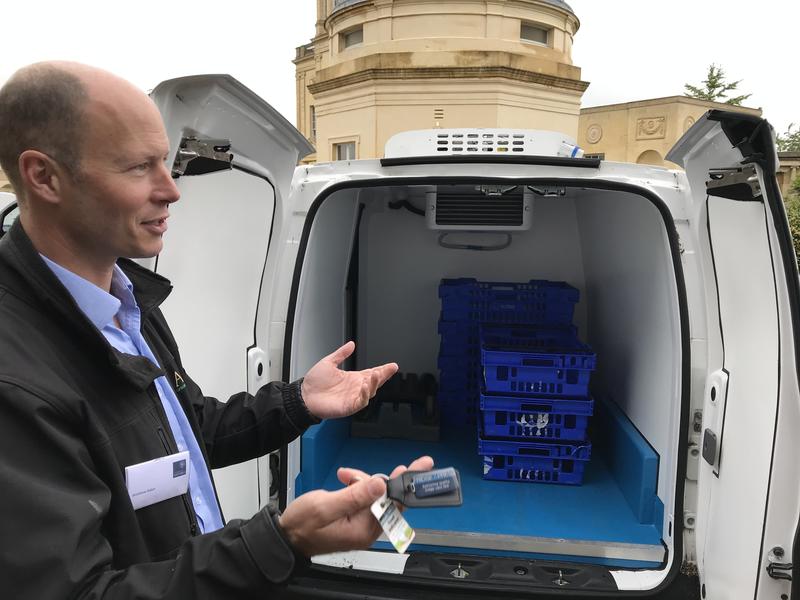 The last bit about space is a pressing issue in Oxford, separately from illegal air quality in many central Oxford locations.

On the same day of the breakfast briefing, VW-Group car maker Skoda announced that it was trialling a car sharing service aimed at university students in Prague, called Uniqway. However the broader revolution in space-constrained medieval settings such as Oxford may instead point to micro-mobility electric scooters and e-bicycles, not forgetting that ‘analogue’ bicycles have always been sufficient for most students.

Oxford’s bowl geography and high water table have always contributed to a rheumy atmosphere at certain times of the year, contributing to poor air and trapping pollution.

The City Council plans an Ultra Low Emission Zone that will begin tentatively in 2020, restricting some vehicles and journey types.

Air quality is so bad in Oxford that the City Council, which like the County Council has a large fleet of mostly diesel vehicles, has issued a toolkit to local science teachers called ‘Schools Tackling Oxford's Air Pollution’ (STOP).