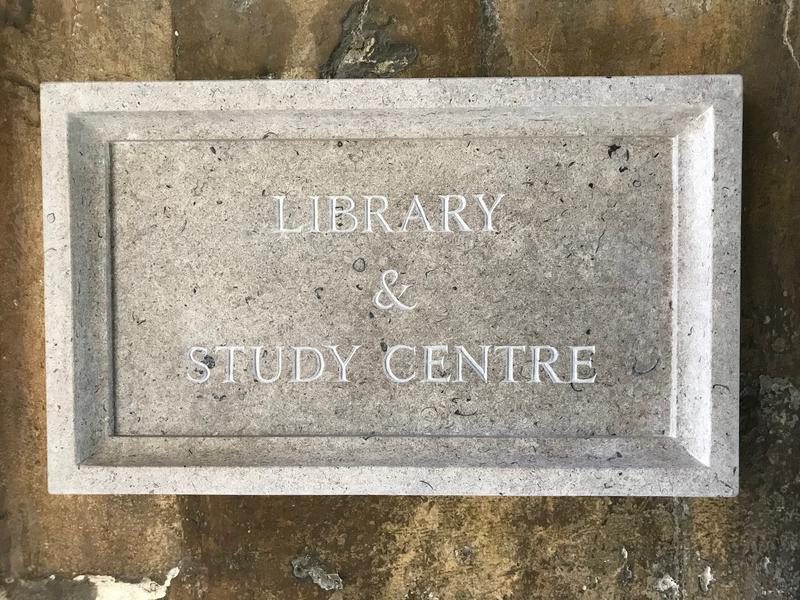 A magnificent library and study centre opens in October

On October 12th St John’s College opens a remarkable new library and study centre, the result of four years of construction and a conversation that reaches back into the last century. 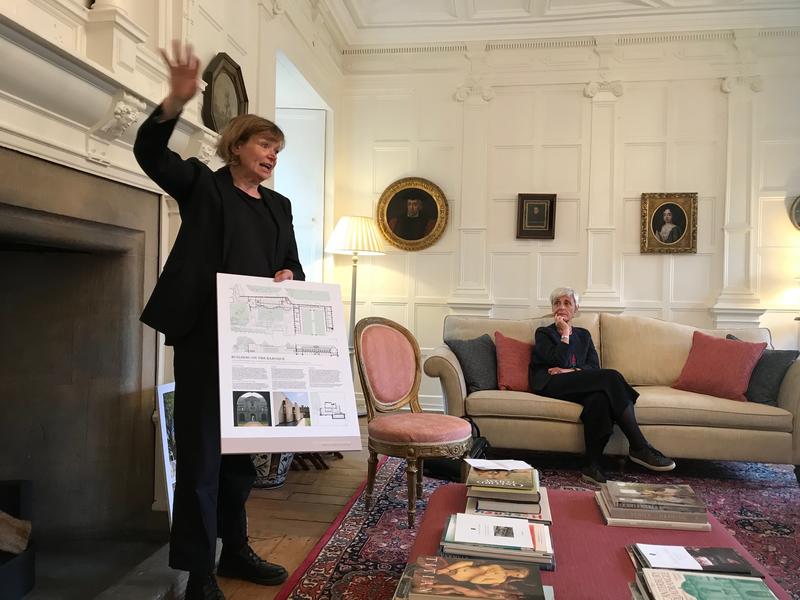 College President, Professor Maggie Snowling CBE explains that the college had long acknowledged the need for new library provision, but knowing how to proceed was difficult because the existing library buildings (16th century Old Library and 17th century Laudian Library) are housed in the Grade 1-listed Canterbury Quadrangle. To the north lies the President’s lodging and a Grade II-listed garden. 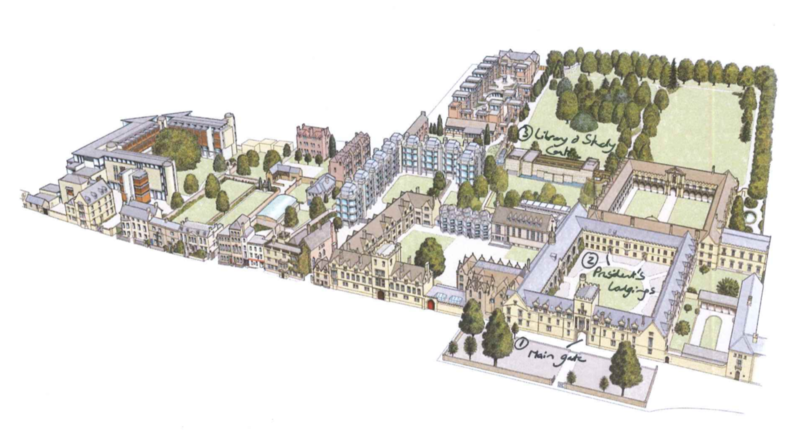 The easiest and most logical ‘solution’ had once been thought to build underground, she notes, but the sway of opinion at the college had eventually ruled this out for too much of a compromise.

‘Since it would be the first time in the college’s history that it had built a library specifically for its undergraduates and graduates, it had to cater for the diverse study needs of current and successive generations of students, and it was also important to consider the impact of the library on the environment.’

Many students have recently been in the habit of congregating in a non-library café space across the college, where the atmosphere was less formal and coffee could be drunk whilst studying.

Meanwhile special archive collections have grown and been dispersed all over one of Oxford’s largest colleges, and the view grew that they should be united.

Snowling says that the discussion and debate at the college’s Governing Body has proceeded exactly as one might expect for a project with a five hundred year-plus quality assurance – slowly and deliberately, and praised lead architect Clare Wright for always coming back quickly with real solutions to perceived or real problems.

One of the arising issues was how the wall facing the President’s lodgings would appear, but this has happily led to a large-scale artistic commission and a remarkable wall by artist Susanna Heron. 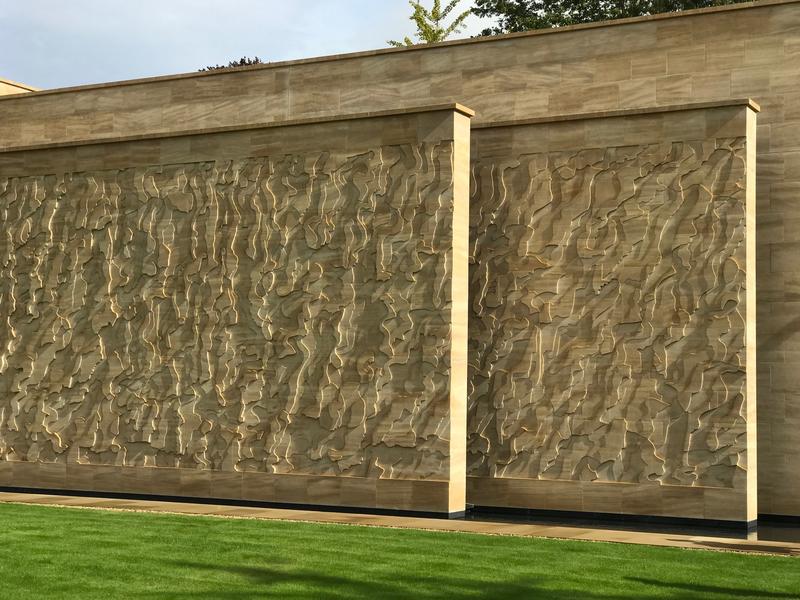 A second major art commission features in a passageway linking old library to new. The Otranto Passage features a 15-metre-long sculptural glass wall panel by architectural artist Kirsty Brooks. The glass carefully and subtly notates the first two centuries of college history (1555 to 1755), with each seven centimetres representing a year. 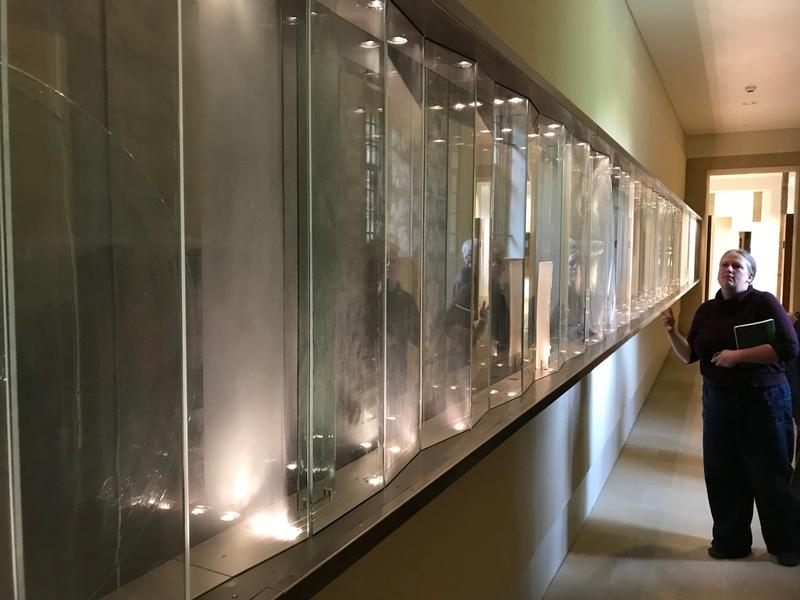 Otranto Passage Artwork (2016) by Kirsty Brooks. The artist looks on while explaining the work. Lit with LED spots and housed in a heat-treated stainless steel casing, the sculptural wall panels feature glassmaking processes from the sixteenth to eighteenth centuries alongside more contemporary techniques.

The new building is defined by a fabulous sense of lofty light, hideaway study space and communal, shared space.

Enormous thought has gone into technology, acoustics and fit and finish with extensive use of oak, brass, copper to complement pre-existing stone work and above all the arboretum that sits to the north east.

The building has exceptional sustainability credentials. It has been designed to be naturally energy efficient and to have very high levels of airtightness and insulation, achieved, for example, with triple glazed windows. Renewable energy is generated from photovoltaic panels along the length of the roof, along with a ground source heat pump using boreholes beneath the Great Lawn. The heat pump provides a means of sustainably heating the building, using concealed pipework to feed the underfloor heating system provided throughout the building. The building’s thermal mass, in conjunction with night-time ventilation managed by the automated Building Management System (BMS), provides free cooling. These renewable energy sources offset the carbon emissions of the building. 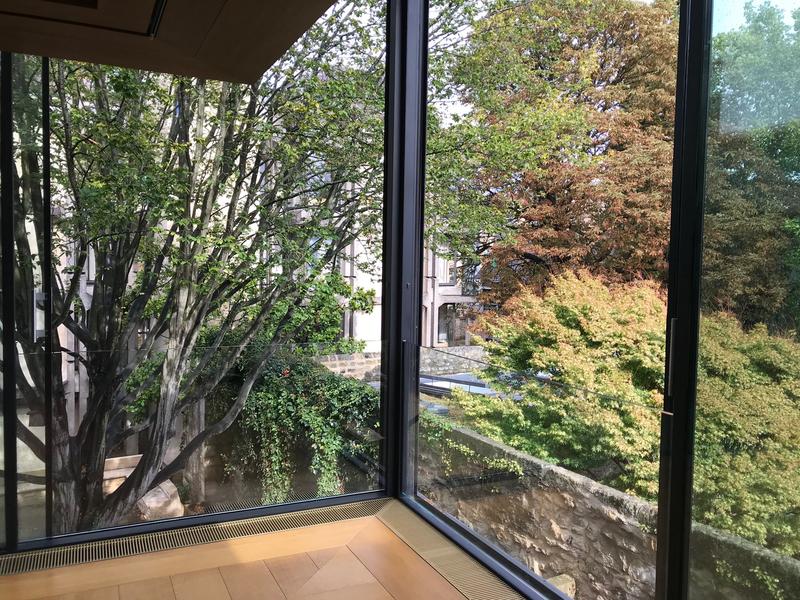 Open the walls to this seminar room and you're in the tree canopy...its remarkable, and a highlight of the whole design.

A notable highlight is the seminar room overlooking the arboretum to the rear. Huge glass windows resembling two sides of a cube reveal themselves as doors that glide open, almost allowing a seminar or lecture to take place as if in the tree canopy.

Clare Wright, one of the lead architects, says, ‘Our work for St John’s builds on a deep awareness of how to integrate contemporary buildings within historic settings. Studying in a library is at the very heart of the student experience.’ 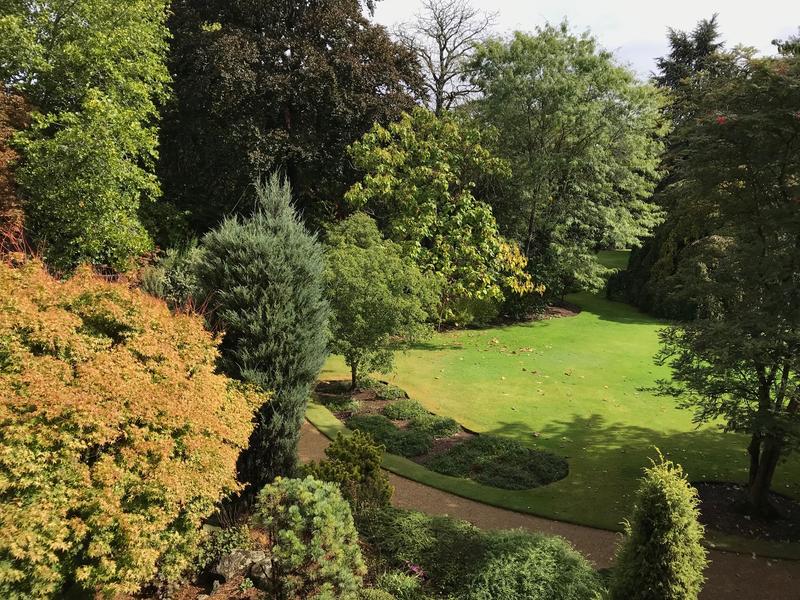 St John's has a fine arboretum, situated adjacent to the new Library and Study Centre. 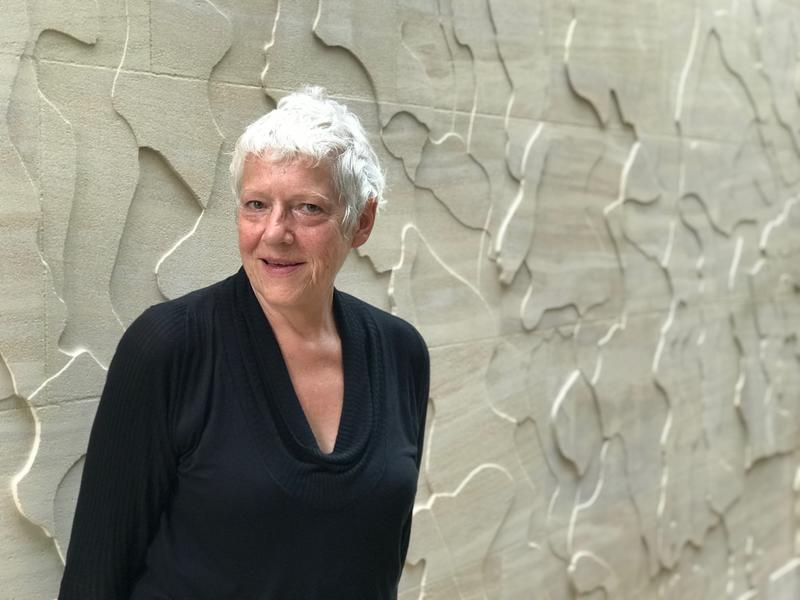 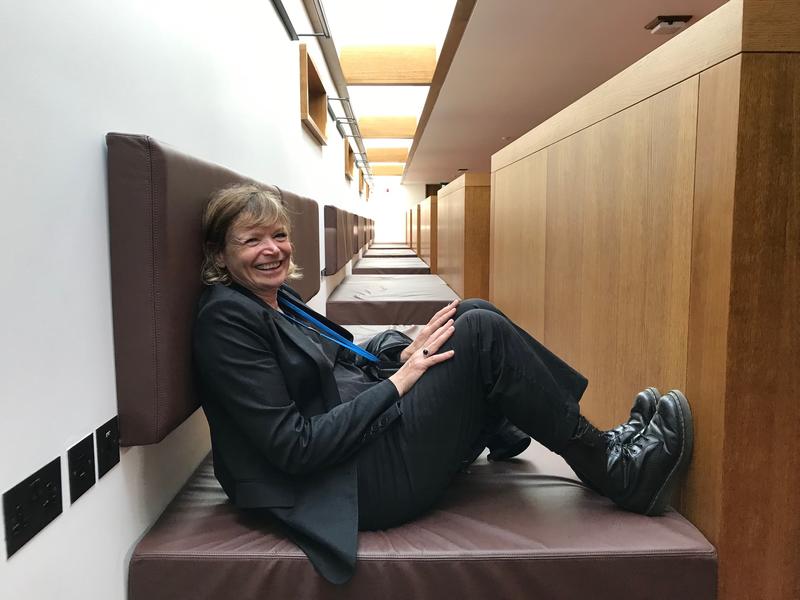 Architect Clare Wright - the library accommodates the need for different sorts of study space, following the British Library. It's not all a case of formal desks and chairs. 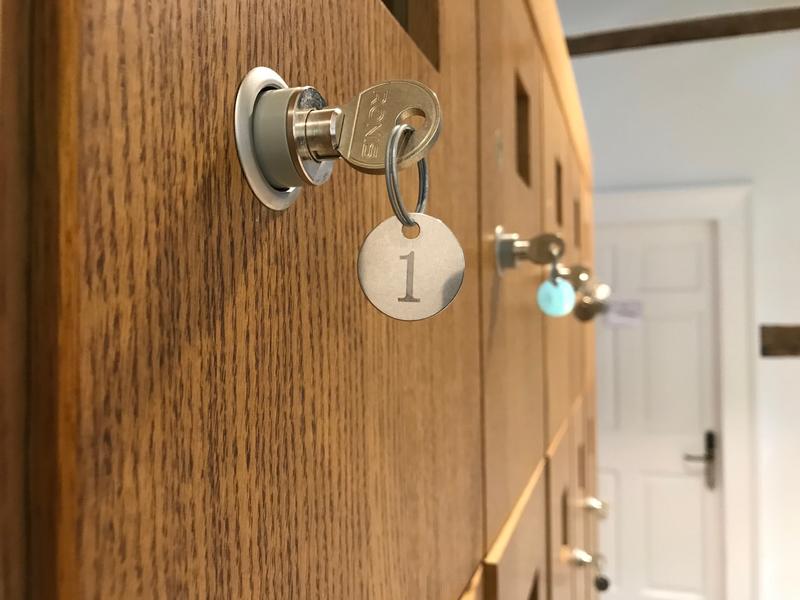 Custom joinery in oak, built to withstand centuries of use by generations of students.

There are two books published in conjunction with the Library. One is Stone Drawing (2014-19) by Susanna Heron, a British artist living and working in London. The other is Library & Study Centre, St John’s College, Oxford by Wright & Wright, that describes aspects of the design and architectural development. Both books can be purchased from Wright & Wright.