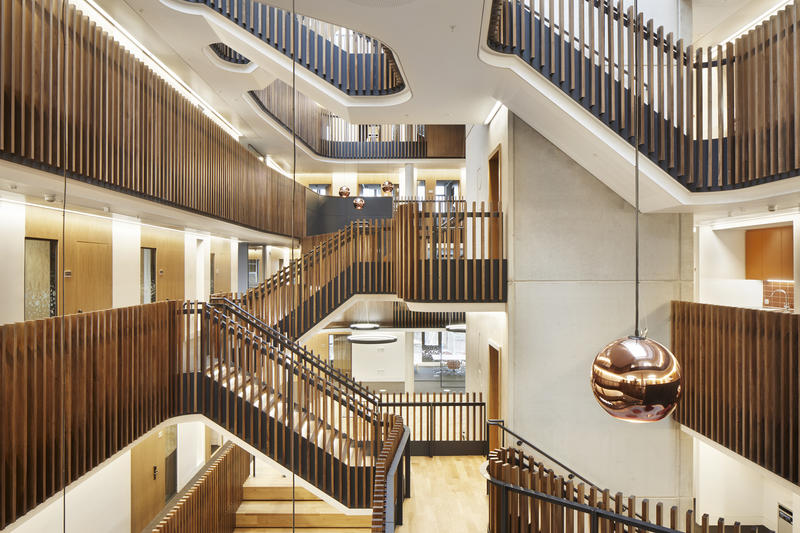 The University of Oxford has marked the opening of the Beecroft Building, a new 8,950sqm building for experimental and theoretical physics 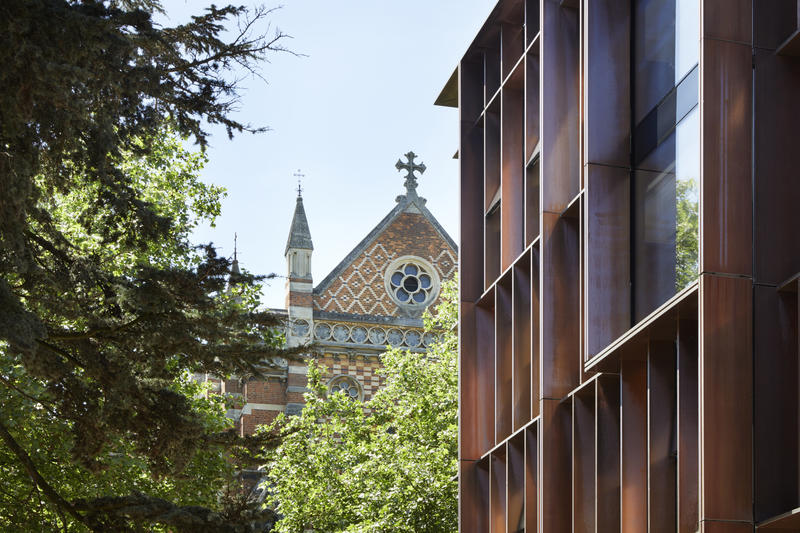 The Beecroft Building has been created with a sympathy towards Keble College, situated opposite on Parks Road

The Beecroft Building sits above the deepest basement in Oxford: a 16-metre-deep complex of high-specification laboratories intended to house extremely environmentally sensitive atomic-level experiments that will advance the University’s research into areas such as quantum science and technology, and probe the fundamental laws of nature. The new laboratories are among the very best globally. They can maintain temperature to within a tenth of a degree, and reduce the amount of vibration down to the width of a few atoms. 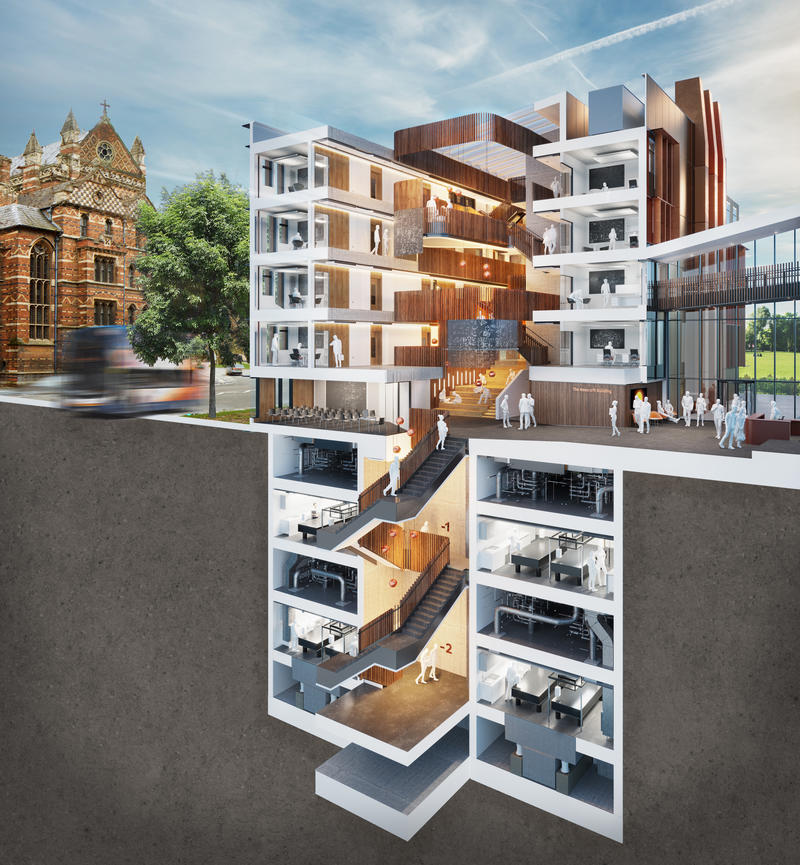 Professor John Wheater, former Head of the Department of Physics at the University of Oxford, said: ‘Modern science is essentially collaborative – the days of the lone scientist are long gone. The Beecroft Building – the Physics Department’s first new major research facility for over 50 years – has been designed to enable and encourage people to work together in the fluid combinations that are crucial to solving today’s complex scientific problems, and to provide a laboratory environment that is second to none.

‘The building’s ultra-low vibration levels and extremely close temperature control will enable experimental work that would have been impossible in our existing buildings. We will build a demonstrator quantum computer, visualise quantum mechanics at the level of individual atoms, and make amazingly precise measurements with the potential to reveal tiny discrepancies between theory and experiment.

‘Mysteries of the Universe still abound. We know our theories of the fundamental particles and the forces between them are incomplete. We understand little of how complex systems self-assemble. We continue to be surprised by the scope to invent theoretically new forms of materials with novel and potentially useful properties that turn out to be implementable in real materials.

‘These issues are all challenging and increasingly interdisciplinary. All involve basic science questions, some have obvious practical applications, others will turn out to have unforeseen implications. The Beecroft Building is a beacon of excellence that is already attracting the best scientists from around the world to come to Oxford to grapple with them. This is a time of great opportunity for Oxford Physics.’ 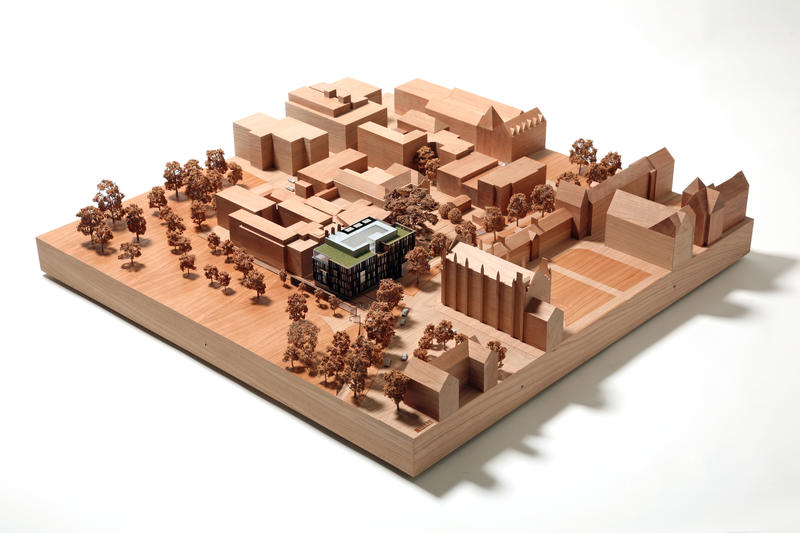 The Beecroft Building overlooks the University Parks to the North, and Keble College to the West

The Beecroft Building will accommodate some 200 theoretical and experimental physicists. It has been designed to foster collaborative working in a visually connected, acoustically controlled environment. Offices and collaboration spaces are organised within a five-storey atrium connected by a meandering staircase to enhance social interactions. Breakout spaces are arranged at half levels within the atrium, with informal seating arranged around double-height curved blackboards. These will provide opportunities for group working and serendipitous meetings.

The Beecroft Building provides the most technically advanced facilities and a modern working environment that will transform the way Oxford University’s Department of Physics works.

Physics at the University of Oxford

The study of physics in Oxford originated with the Philosophical Society of Oxford. This 17th-century group of scholars, which included Christopher Wren, Robert Boyle and Robert Hooke, met in the lodgings of a Warden of Wadham College to discuss the new fields of natural and experimental philosophy. Experimental philosophy (as physics was then known) was first examined as a degree subject at Oxford in 1850, and the subject’s first professor was appointed in 1860.

In 1872, with the opening of the original Clarendon Laboratory, Oxford became home to the country’s first purpose-built physics laboratory. By the early 20th century, the department had outgrown this building, and the Townsend Building, originally known as the Electrical Laboratory, was built in 1908. It remains a part of today’s Clarendon Laboratory complex and bears a blue plaque commemorating the work of Henry J G Moseley, who completed his work establishing the concept of atomic number and the modern picture of the atom there in 1913/14. A second major building, now known as the Lindemann Building, was constructed in 1939, and the Beecroft Building is connected into this at three levels.