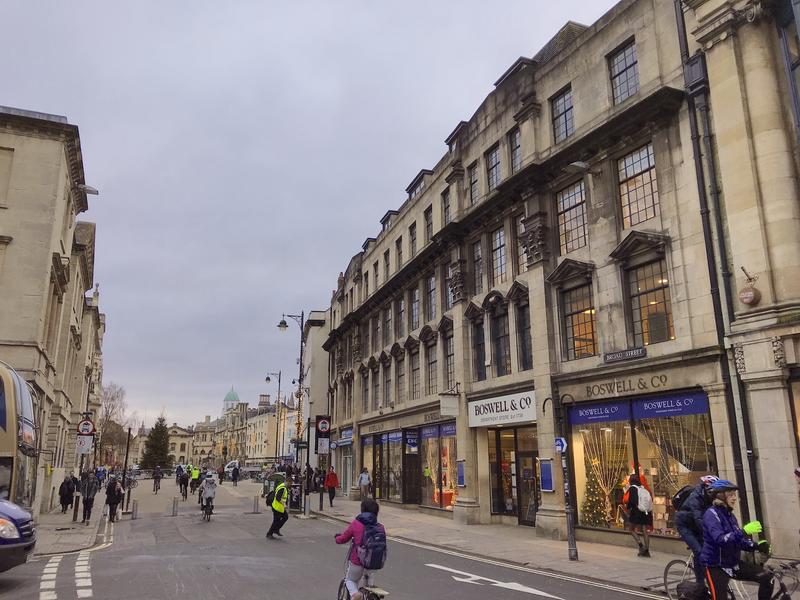 The beloved department store is closing

One of Oxford’s landmark shops and a memory for almost all alumni, Boswells, has shocked the city with news of its impending closure in 2020.

The all-purpose department store famous for having just what students need at a convincing price first opened its doors in 1738, and is believed to be the second oldest family-owned department store in the world.

Approximately 70 employees were told the news in late November, although the exact timing of the closure is not yet clear.

The Boswells board of directors issued a statement saying that they had been actively exploring all options to make the business work, ‘but due to prevailing adverse retail conditions has concluded that the store is likely to close in 2020.’

One of the Directors, Mr Jonathan Pearson, told The Oxford Times that the store had not made any money over the past two years, despite a new café that since opening in 2015 had won a loyal clientele. Another Director, Ms Sarah Pearson, mentioned that ‘Some tourists go straight to Bicester Village and are not coming Oxford.’

Anecdotally, the stage-managed ‘discount luxury’ offering of Bicester Village has diverted numerous tourists who might previously have come to Oxford. They board a train at London Marylebone, get off at Bicester directly by the retail village, spend all day there and then head directly back to London with a new Samsonite suitcase loaded up with luxury goods.

Formerly, the purveyor of that Samsonite suitcase might have been Boswells, with its extensive luggage collection by the Broadstreet entrance to the store.

Another possible source of adverse change, although not one mentioned by the Boswells Directors, is Oxford’s new Westgate shopping centre which has anecdotally placed the rest of Oxford’s traditional retail district under pressure, with reduced footfall and sales.

As things stand there are numerous empty store fronts to be observed as you walk around Broad Street, Turl Street and the High Street. Other high-profile retail casualties in recent years include Ducker and Elmer Cotton Sports, both on Turl Street.

Part of the existing Boswells shop is leased by the City Council, while another part is believed to belong to the owners and will be sold.