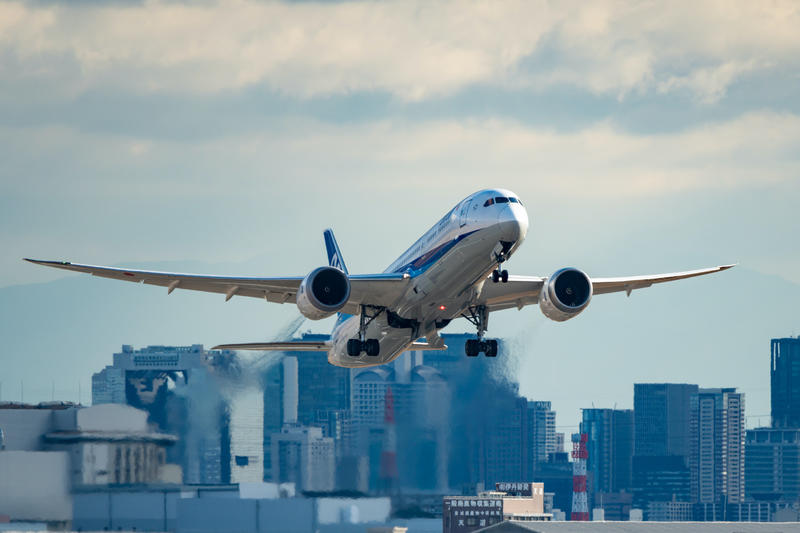 Aviation is a stubbornly difficult strand of transport to decarbonise. Aircraft burn huge amounts of fossil fuel, for business travel, leisure activities and tourism that used to be prohibitively expensive but in recent decades have become accessible to large populations as fossil fuels became cheaper in real terms.

Demand management aside - and that too is on the table, of course, alongside that Swedish phrase flygskam, or ‘flight shame’ – very few industry observers truly think that batteries will make the sort of gains in energy density to ever be capable of displacing liquid fuels for aviation applications. Hence, the question arises whether sustainable replacements for fossil liquid fuels can be developed and then made in sufficient quantities.

Oxford’s Department of Chemistry has become a leading authority on so-called Sustainable Aviation Fuel (SAF), broadly described as sucking CO2 from the air and combining it with green hydrogen made from water.

The resulting fuel is therefore carbon-neutral and does not involve digging up and burning fossil fuel. However, the process is in its infancy and the sort of scale that will be required rests on the emergence of large carbon-capture and green hydrogen sectors.

Dr Tiancun Xiao, a Senior Research Fellow, will present his exciting findings at COP 26 on 5 November. He told QUAD that his newly-founded (summer, 2021) company OxCCU Tech has already raised a significant amount of funding and his aim is to see a Boeing Dreamliner fly from London to New York return, entirely fuelled by this net-zero liquid fuel, within three years.

His confidence rests partly on a breakthrough that was shared through a paper published in Nature Communication in very late in 2020, which reported the use of an inexpensive and abundant iron catalyst to perform the complex process for the treatment of CO2 that goes to form the long-chain hydrocarbon fuels used in jet engines.

Previously this process had relied upon the catalyst cobalt, which is expensive and controversial because so much of it has been linked to human rights abuses in the Democratic Republic of the Congo.

An attractive way of explaining the new approach was formulated in a letter published in the Financial Times in August, which had this week’s COP26 firmly on its radar. The letter was signed by the Oxford researchers behind OxCCU Tech – the recent Head of Oxford Inorganic Chemistry Professor Peter Edwards, Drs Tiancun Xiao, Benzhen Yao, Peter J Dobson and Gari Owen.

They collectively noted that, until recently, one of the best known technologies was the Fischer-Tropsch process, and indeed some of the same people here were behind another listed company called Velocys, which is currently working with British Airways towards aviation fuel made from municipal waste. However to use Fischer Tropsch process to make aviation fuel from CO2, it must be firstly converted into carbon monoxide, which adds cost.

But that process has now been upgraded by a simpler, more direct one-step process using the recently discovered iron catalyst in Oxford.

The letter stated, ‘These fuels, now based on non-fossil carbon sources, can be used directly in existing aircraft fleets including their associated infrastructure.’

The challenge is now envisaging a scaling up of fuel production of sufficient scope to meet both aviation demand and the world’s decarbonisation objectives. Genuinely green hydrogen is in its infancy while capturing enough CO2 from the atmosphere in a cost and energy effective manner is also a work in progress.

But for aviation to have a future in a net-zero world there is simply no alternative. Dr Xiao notes that Norway is targeting 5% e-fuel by 2023, as a share of its own liquid fuel consumption.

Dr Xiao says that a Dreamliner return flight from London to New York burns in the region of 33 tons of fuel, dependent on loading factors and winds. A single passenger will therefore often be responsible for as many emissions in a single long-haul flight as they make in all their other activities for a year, or more. Aviation contributes an estimated 2-3% of total global emissions and 12-13% of transport emissions, but it is a rapidly growing sector so a solution cannot come fast enough.

OxCCU Tech’s technologies have application that go beyond aviation. They will likely play a role in other chemical applications such as CO2–derived lubricants, surfactants, indoor heating and power generation.

www.oxCCU.com OxCCU Tech was founded in 2021 and has already completed a successful first round funding process.

www.velocys.com Velocys began life as Oxford Catalysts in 2005, at that time the 55th commercial spin-out of Oxford University technology