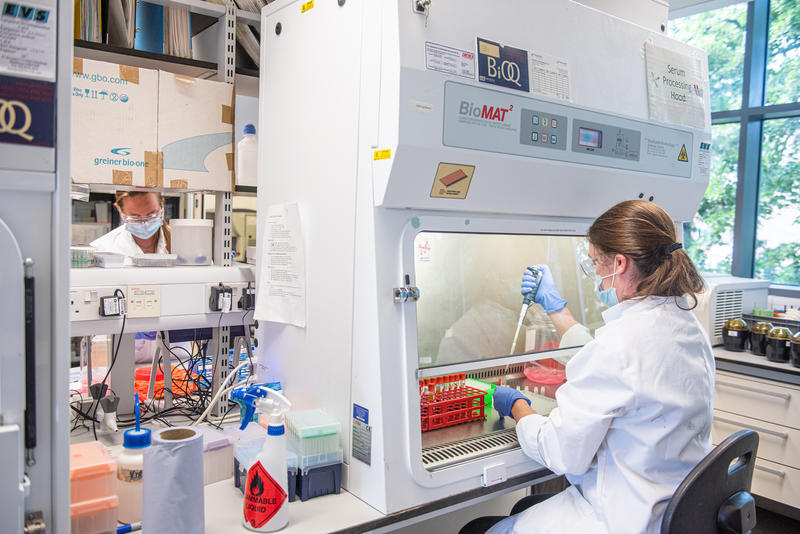 Initial findings from a study looking at the longer-term impact of COVID-19 has found that a large proportion COVID-19 patients discharged from hospital were still experiencing symptoms of breathlessness, fatigue, anxiety and depression two to three months after contracting the virus.

The University of Oxford scientists carrying out the C-MORE study have also detected abnormalities on MRI in multiple organs and believe that persistent or chronic inflammation may be an underlying factor for these changes among COVID-19 survivors.

The study, whose initial findings were published online as a pre-print on MedRxiv, is being led by researchers from the university’s Radcliffe Department of Medicine and is supported by the NIHR Oxford Biomedical Research Centre (BRC) and the NIHR Oxford Health BRC, as well as the BHF Oxford Centre for Research Excellence and Wellcome Trust. The C-MORE study is also part of the national PHOSP-COVID platform, led by the University of Leicester, which is investigating the long-term effects of COVID-19 on hospitalised patients.

The study took 58 patients with moderate to severe laboratory-confirmed COVID-19, who had been admitted for treatment at the Oxford University Hospitals (OUH) NHS Foundation Trust between March and May 2020. They also recruited 30 uninfected controls from the community, group-matched for age, sex, body mass index and risk factors such as smoking, diabetes and hypertension.

The participants underwent magnetic resonance imaging (MRI) of their brain, lungs, heart, liver and kidneys; spirometry to test their lung function; a six-minute walk test; cardiopulmonary exercise test (CPET), as well as assessments of their quality of life, cognitive and mental health.

The C-MORE study found that two to three months after the onset of the disease, 64% of patients experienced persistent breathlessness and 55% complained of significant fatigue.

MRI also detected tissue changes in parts of the brain, and patients demonstrated impaired cognitive performance. Their ability to sustain exercise was also significantly reduced, although this was due to a combination of fatigue and lung abnormalities.

The study also found that patients were more likely to report symptoms of anxiety and depression, and a significant impairment in their quality of life compared to the controls. Dr Betty Raman, who is leading the C-MORE study along with Professor Stefan Neubauer, said, 'Our study assessed patients recovering from COVID-19 following hospitalisation, two to three months from disease onset. Whilst we have found abnormalities in multiple organs, it is difficult to know how much of this was pre-existing and how much has been caused by COVID-19.

'However, it is interesting to see that the abnormalities detected on MRI and exercise capacity in patients strongly correlated with serum markers of inflammation. This suggests a potential link between chronic inflammation and ongoing organ damage among survivors.'

Dr Raman, a Clinical Research Fellow at the Radcliffe Department of Medicine, added, 'These findings underscore the need to further explore the physiological processes associated with COVID-19 and to develop a holistic, integrated model of clinical care for our patients after they have been discharged from hospital.

'We would like to thank all our patients and their families who have taken part in this study. In helping us to better understand the effects of this new disease, they have made an important contribution in helping others who have contracted – and who will contract – the virus.'