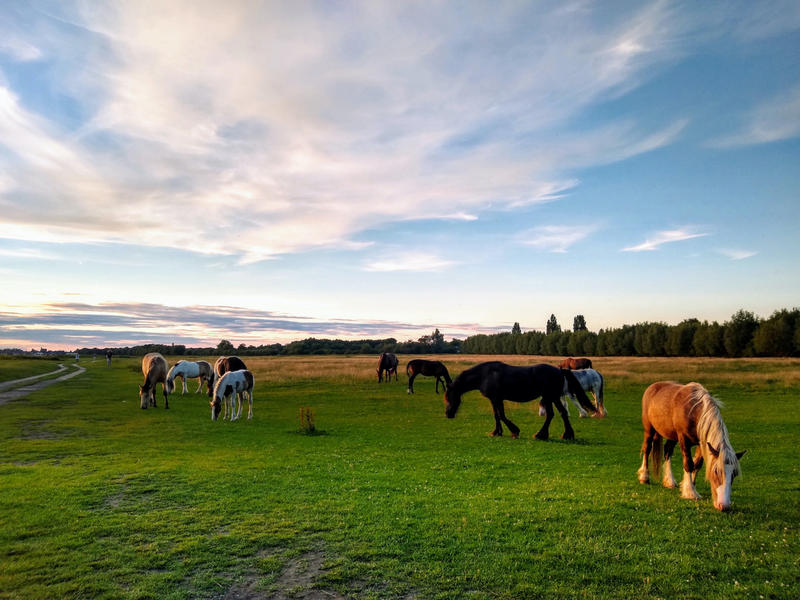 A group within the University called ‘HERO’ is working towards ecosystem restoration across Oxfordshire, and QUAD talks to one of its chief architects

Wilding or ‘rewilding’ has become controversial faster than a tabloid newspaper making fun of so-called ‘wokies’.

The subject wasn’t new but re-erupted like a volcano around a book published in 2018 called Wilding by Isabella Tree, a writer based in West Sussex on a successfully ‘wilded’ farm estate called Knepp.

Some critics have derided wilding as laziness or a recipe for unbridled weeds, or a utopian fantasy based on a misreading of history - was the landscape ever truly wild?

The main line of attack though revolves around food security. If we rewild all the farms it will increase food imports - soybeans grown where recently there was rainforest – in a worst-case scenario resulting in a net increase in climate emissions and a net decrease in biodiversity, exactly the opposite of what was intended.

That’s an unfortunate conflict. Even TV star Jeremy Clarkson has shown in his popular TV series Clarkson’s Farm, which happens to be in Oxfordshire, that farming and nature are both in crisis.

It’s not a case of food versus butterflies, but the need for a major reassessment of how as a society we value the world around us.

A group in Oxford calling themselves HERO (Healthy Ecosystem Restoration Oxfordshire) is trying to address this challenge.

The group was set up in early 2020 by Professor Yadvinder Malhi CBE, Professor of Ecosystem Science at Oxford. 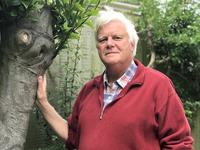 Another guiding light and early architect and the person we’re talking to today is Jonathan Spencer MBE (pictured), formerly a senior member of Forestry England, a part of the Forestry Commission, the government department responsible for public forests in the UK, and currently a Trustee of the Soil Association among many other roles connected with improving and promoting the environment.

In a recent journal article published in British Wildlife, Jonathan points out that the Greek roots of ecology and economy is the same one, oikos, meaning home – the home of living things, and stewardship of the home, our homes.

He then remarks that the broad field of environmental economics is finally coming together in what might be called a grand convergence. Nature serves human needs but only if we look after it.

The trouble is that the conflict is also ongoing. Spencer cites Cambridge economist Partha Dasgupta,

‘The existing financial system is fundamentally tilted against nature... financial flows devoted to enhancing our water, air, soil and other assets [are] dwarfed by subsidies and other investments that exploit those assets.’

This then is the real conflict, with farming at the centre of a perfect storm just as climate change bites hard in the form of floods and droughts.

Oxfordshire can be viewed as being at the centre of this crisis. The River Thames is an enormous watershed that converges on Oxford and then empties towards Reading and London. Flooding in all three cities is an ancient and regular occurrence but it has become worse in recent years and is predicted to intensify.

Spencer says, more than once, in a conversation in his home near Winchester, ‘if the intellectual capital at the University of Oxford and the financial capital of London can’t solve this one together, where then is the hope elsewhere!’

‘The University is so well placed to devise, lead, influence and implement action for change’.

But how to solve it? Spencer says that flood plains have to be allowed to function as they did once – which implies extensive upstream restoration of wetlands and alterations to catchment areas.

Jonathan is an enthusiastic exponent of the New Forest as a working model. The Forest spans 28,000ha of mixed forest and pasture on the south coast of England west of Southampton, and was always a ‘wilded’ landscape in the sense that it offers a complex model of commoner grazing rights with light state subsidy and land-use patterns that haven’t changed much for a millennium.

The New Forest was never flattened and then turned over to intensive agriculture – a welcome anomaly when considering the extent to which this has been the model across the UK since 1945.

Anyone who knows Oxford knows Port Meadow (pictured, top) as a micro-equivalent to the New Forest; common land providing for public enjoyment, food production and wildlife, a wild open space where commoners are allowed to graze livestock and when the River Thames floods, the cattle retreat, and in the summer they advance again.

Spencer reminds me that the word ‘cattle’ is the same word as ‘chattel’; not just property but portable property, or in the case of beef livestock a ‘movable feast’, as he puts it, in the face of flooding. We need far more such places fulfilling these joint roles.

Should Port Meadow be turned into a housing estate or a field of barley? Either would be silly, yet to avoid such outcomes the role of the meadow in providing a recurring eco-system service needs to be valued, and widely replicated along the Thames to cope with future floods and to store carbon, provide for wildlife and of course to supply pasture-fed beef and lamb.

This is where other Oxford luminaries such as economist Professor Dieter Helm (author of core works such as Natural Capital and Green and Prosperous Land and another ‘hero’ of Jonathan’s) have forged a powerful new vocabulary around the concept of ‘Natural Capital’, a term which refers to all the natural ‘assets’ that we take more or less for granted, ranging from mineral deposits to forests, fisheries, and more fundamentally soil and water.

Jonathan explains that in this new vocabulary, Port Meadow is not just somewhere where you drunkenly cycled to The Perch a long time ago and remember with a hazy sense of summery magic.

It’s also the provider of a recurring, ‘maintenance’ ecosystem service to do with water quality and flood risk mitigation, wildlife and carbon sequestration. It is a natural capital asset.

Although the subject is vast and complex, there is a growing weight of opinion that says that the flow of subsidies towards farmers, after BREXIT and the gradual dismantling of what used to be the Common Agricultural Policy, needs to recognise ecosystem services, which range widely from familiar categories (crops, timber) to environmental regulation (air quality, flood plains, water quality, pollination) and cultural services (human well-being, education).

‘Biodiversity is the key enabling service that drives the generation of oxygen, the sequestration of carbon, the cycling of nutrients, the recycling of organic wastes, and the growth of plants and animals.’

Again turning to the example of the New Forest, Jonathan talks enthusiastically about ‘a common land model’, where it is possible to envisage private interests and public goods working together rather than against each other. He talks about the fact that the New Forest has an ‘Atlas of Rights’ that determines who can do what, but it works because it is a ‘community of people with animals’ and not simply a ‘landscape with animals’.

With the UK’s farmland graded 1 to 5, with 5 being bog or heath, 4 marginal, and 1 the best, it will be the lowest grades that will generate the biggest changes. Chucking fertiliser at Grade 4 land to extract a marginal living made possible only by vast subsidy is simply not a viable long-term model, whether for the environment or for economics - exactly the conundrum addressed by Isabella Tree in Wilding.

Jonathan argues instead for a far more creative approach to land use, a graceful relinquishment of past practices where they have failed, and a much greater value placed against the numerous services that nature renders us, often invisibly and too often regarded as ‘for free’.

We can’t return to the past, but – he says this is a fundamental distinction – we can  ‘reinstate natural processes as drivers of biodiversity and ecosystem function’, some of which will echo former land-use practices.

That’s the real definition of wilding and done correctly it will complement rather than reduce food production.

Jonathan hopes that Oxford University and its constituent colleges can become practitioners in all these ideas, like many groups within HERO - and not just participants in a polite discussion.

Jonathan received his MBE in 2018 for services to woodlands, nature conservation and the environment. His forthcoming book is Forest Conservation for the 21st Century.

HERO hopes that it can enable University researchers to support the many different community groups engaged in restoring healthy ecosystems such as wetlands, woodlands and grassland across the county, as well as achieving changes on University and College land https://www.biodiversity.ox.ac.uk/hero/

Further Oxford climate and biodiversity research can be found at http://bit.ly/trueplanet