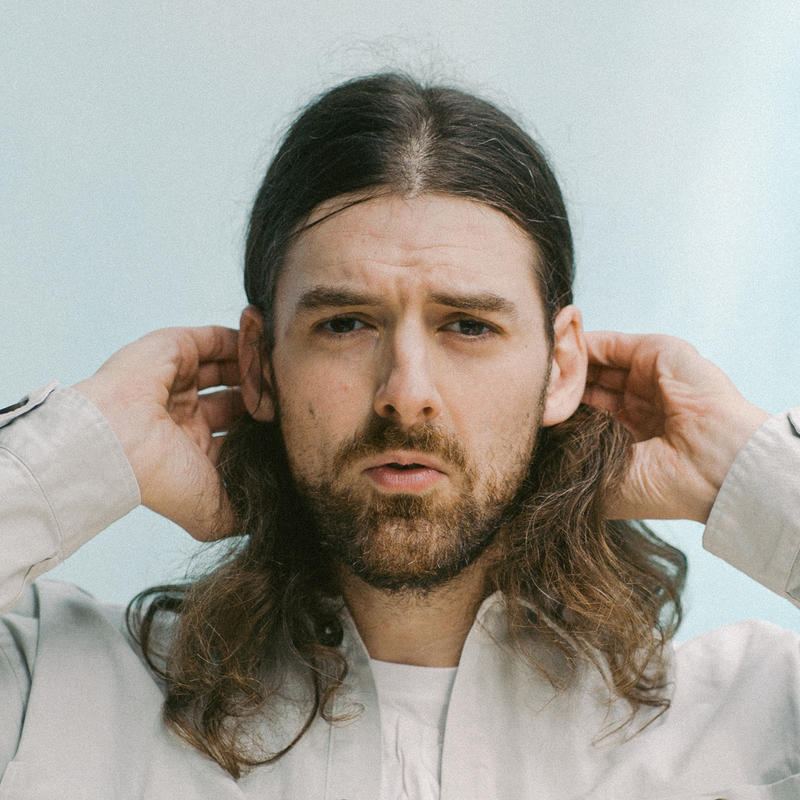 Dr Johnny Drain (St Anne's, 2009), discusses his career from a PhD in Materials Science to cooking in the world's most lauded bars and restaurants

Tell us about your journey, from studying for your PhD in Materials Science at Oxford, to collaborating with some of the very best restaurants, bars and food brands in the world.

After my viva, but before submitting my corrections, I moved back in with my parents and started staging at various restaurants. I even worked shifts as a pot-wash to see how kitchens function—you can learn a lot by just watching and asking the right questions. I think my parents despaired with me; a newly minted PhD suddenly go to working in dark, sweaty kitchens. I started emailing high end restaurants with R&D kitchens and was asked by the Nordic Food Lab, then part of Noma in Copenhagen, to do a research project for them about ageing butter. The rest, really, has spun out from there.

What prompted your move away from materials science to food science?

I just had other itches to scratch. Since completing my PhD I've also played a lot of music and I realised that being in academia wouldn't allow me to explore multiple career avenues in the way that I have. With respect to food, I'd always eaten a lot, cooked a lot and thought I'd like to run restaurants at some point in my life. (The more I've worked in/with restaurants, the less keen I've become to do that!)

What's the most important lesson that you learned at Oxford?

The importance and value of bouncing ideas off people. One of the most memorable, perennial things about PhD life at Oxford was being able to sit down for lunch at college on a long table with people you did and didn't know and to start discussing very random things. From how President Lyndon B Johnson liked his trousers cut (there's an audio recording, look it up!) to alternatives to the Heaviside step function, there were countless conversations I was sucked into that left trails of inspiration and tracks of knowledge in my mind. Almost none of it was relevant to my then work but it helped build a richer mind. And it made me good at pub quizzes! Also, the idea that (probably) anything is possible in life.

How do you think that Oxford changed you?

It changed me tremendously, that much I'm sure. In what particular ways, I'm less certain of. I think it amplified my sense of what is possible in life.

What are some of your favourite memories of your time at Oxford?

Formal dinners were often magical, and I never tired of them. Night-time bike rides across Port Meadow under a full moon. Being able to meet with and eat with your friends several times a day.

Favourite spots in general would be the libraries. What an incredible resource to have on your doorstep!

My favourite places used to include Bookbinders; visiting the cheese shop and grocers in the covered market followed by picnics with my partner in Port Meadow—cutting cheese, apples and figs with my little Opinel camping knife; and the St. Anne's MCR formals where the food was really very good.

Were you a good cook as a student, what did you cook to impress friends?

I was a decent cook, but I tended not to invite people over! With that said, in my final year and a half I lived with some housemates thankfully more hospitable and sociable than me and we'd have dinners, in a very tiny house, for large groups. I remember making a minced pie flavoured ice cream (mincemeat in the ice cream base and then nuggets of cooked pastry swirled through). Unfortunately, my ice cream churn was very small and it wasn't quite frozen by the time we served it.

Meeting Minds has a very busy programme with several sessions running simultaneously. What would be your elevator pitch to convince people to book onto your Meeting Minds talk: 'From trash to treasure: Rethinking "waste" in the world's best bars and restaurant'?

Does delicious food make you happy? Does waste and climate change make you unhappy?

Learn about how the former can help mitigate the latter using fermentation, the ancient techniques that underpin most of our favourite foods including chocolate, coffee, bread, cheese, and wine.

What do you hope that people will take away from your Meeting Minds session?

I hope that the session will encourage people to reconsider what they consider as waste.

You have worked with chefs and restaurants all around the world: from developing cultured butters in Copenhagen, ramen noodles in Zurich and ice cream in Switzerland. How are you using fermentation to unleash a chef’s creativity and which project have you enjoyed the most?

Fermentation is inherently collaborative: you only produce good results if you cultivate an environment that your microbes like. Therefore, there are certain constraints that this introduces from the outset, and I think constraints are very important in creative processes. Moreover, fermentation can be used to create radically new flavour profiles and open up new taste horizons, allowing chefs and bartenders to do more.

My work with Doug McMaster of Silo and Ryan Chetiyawardana and team of Mr Lyan has been most rewarding because they're both superstars and we've collaborated periodically for a long time now.

What's next on your list? Is there a person, company, or industry, that you're still eager to work with?

I'm going to be shameless in my answer to this: I'd still love to work with Heston, if someone reading this can make that happen! Equally it would be great to be put in touch with Nigella Lawson (LMH, Modern Languages) for an upcoming (chocolate) project.

During lockdown, many people have had the time to reconnect with food production, for example, discovering the pleasure of making homemade bread.

Do you feel optimistic that this will help lead the way for encouraging people to experiment more with fermentation? Which other fermentation recipes are easy to try at home?

Yes. From sourdough to lacto-ferments to home-brew to vinegar it's a slippery and pleasurable slope. I'd say a simple lacto-ferment is a great place to start. Chop up vegetables (e.g. carrots, radishes, gherkins), cover completely with a 3% salt brine (3 g salt, 100 g water), and store in a jar for 5 to 10 days until your veg are sour, tangy and crunchy. Simples.

Thinking about COP26 this November, how much should world leaders be enforcing regulations for sustainable food production and consumption, and how much should we all be taking personal responsibility for a zero-waste lifestyle?

It needs to come from both of those sides, sure, but most importantly we need to nurture systems of corporate governance where companies are making changes and doing the right thing not just because they're forced to, or can't avoid it, but because of broader moral imperative.

How do you keep yourself motivated to continue exploring new areas of food design and sustainability?

Who are the big influencers in the sustainable food industry right now?

What has been your biggest fermentation surprise? Is there anything that you didn't expect to work, but turned out to be delicious?

There are lots of delightful curveballs: and of course you can make things that don't taste anything like chocolate taste like chocolate, which is the concept of the company I’ve just founded WNWN Food Labs. We'll be launching our first 'chocolate' bar in December.

In case of emergency, which food do you turn to for comfort? What's your equivalent of Paddington Bear’s marmalade sandwich tucked under his hat?

I always have a giant jar of kraut and one of kimchi running at home: if you have those in the house it's near impossible not to be able to whip up something tasty even when it appears you've next to nothing in the larder.

Register now for Meeting Minds Global on Monday 13 September 2021 to join Johnny Drain for a cook-along.

Johnny will be demonstrating a simple ferment showing how vegetable scraps can be transformed into something delicious.