‘A SERIOUS ACT OF SUBVERSION’ 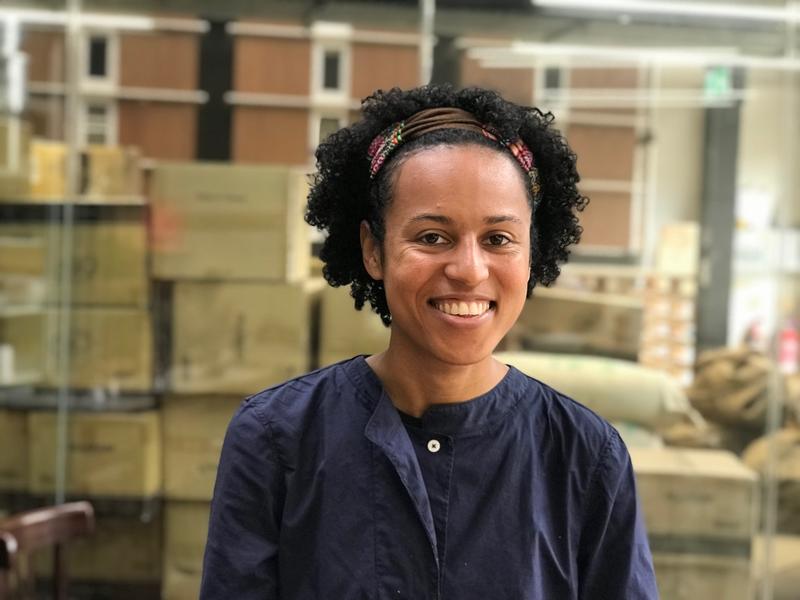 ‘A SERIOUS ACT OF SUBVERSION’

Following a history degree at Oxford Kate Bernstock (LMH, 2014) set out to be a human rights lawyer but found herself working for real at the Thomson Reuters title Practical Law, and also working as a research assistant for Sathnam Sanghera, whose 2021 book Empireland, How Imperialism Has Shaped Modern Britain, became an overnight best seller.

Fully subscribed, nonetheless she has also just managed to finish a part-time Masters degree at Goldsmiths, University of London, in Black British History, the only degree programme of its kind offered in the UK.

With a Jewish mother and a Jamaican father, Kate is perfectly poised to recognise the nuance and complexity of race and gender, invariably mixed up in individual lives to the point where it is not always possible to know precisely what was happening and why.

This is doubly, or trebly the case with convicted criminals such as Ann Duck (1717-1744), who Kate discovered watching the 2017 TV drama Harlots.

Duck was executed for a multitude of crimes committed in the Holborn district of London, ironically in the immediate vicinity of the law courts.

Although considered a prostitute there is no evidence that she plied this trade beyond passing off as a street walker, luring men back to a house and then robbing them.

The title of Kate’s thesis is Chasing Shadows: Illuminating Ann Duck’s Holborn, 1717-1744, the ‘shadows’ recognising the exceptionally fragmentary evidence for Duck, and also the way in which archives can be ‘violent’ in the sense that they may only record a life at the point of a criminal record, denying the person any character beyond their criminality.

The different chapters of Kate’s study tease out compelling evidence to demonstrate how Duck’s life chances were seriously stacked against her, with a compounding disadvantage of class, gender and race.

On the matter of class, she notes that fully employed female servants were paid enough to be on the brink of poverty, with virtually no prospect of betterment.

As for gender, Ann appears to have been handled with maximum severity by the legal system because she robbed men.

A contemporary account of her life states that not only was Ann a “Servant at a Bawdy House” and a “Pickpocket”, but “was so daring, as to commit Street-Robberies even upon Men too.”

Kate notes, ‘The message is clear, Ann’s decision to target ‘even…men’ was a decision that singled her out amongst her contemporaries as a particular threat.’

As for race, it is the most difficult subject of all in 18th century England because the more recognisably ‘modern’ categories of supposedly ‘scientific’ racism lay ahead in the 19th centuries and beyond.

This is so much the case that it has been fluently argued by previous historians that race mattered very little in this early period, except to mark out dark skinned Britons as curios.

While accepting that the matter was in flux, Kate successfully draws on the archive to demonstrate how ‘Out on a night walk in January 1744, Ann recalls in her account that a gentleman had “no liking to me, he swore he did not like my Face, being of tawny Complexion.”’

Allied to other legal restrictions on people of colour and the drip into metropolitan English society of the so-called ‘Plantation Complex’, the idea of the African-descended person as a chattel (and thereby slave), it is increasingly difficult to argue that race was of little consequence.

Within a lively but essentially invisible clandestine group of individuals who collectively comprised a section of London’s underclass, with numerous accomplices and close associates, Ann Duck often walked in ‘Eagle and Child Alley, between Shoe-Lane, and the Fleet-Market’ in St Sepulchre’s.

As Kate puts it, this was ‘an area that rejected society as much as society rejected it.’

Eventually tracked down by the authorities for a series of robberies, she was tried and put to death.

Whatever intersectional view we adopt, Duck ‘was enacting a sustained attack against an accepted hierarchy of power’.

Kate describes Duck’s life in terms of ‘a serious act of subversion,’ arguing persuasively that she obtained various forms of agency in the face of overwhelming odds, during a short life that was defined by rebellion.

Informing her work from the start is a notion of the ‘violence of the archive’ that was pioneered by Haitian academic Michel-Rolph Trouillot (1949-2012) in his work Silencing the Past: Power and the Production of History (1995).

Despite fragmentary evidence historians including Bernstock are trying where possible to adopt a view that rests its authority in real primary evidence but then tries to build out such clues into a broader and richer portrait of a possible life, drawing on other primary evidence concerning the context and place and time lived in by the subject.

An example is right at the start of the thesis, where Kate imagines Duck’s procession towards her execution at Tyburn, after a religious ceremony at St Sepulchre’s church.

It is an effective life writing tool that sits within archival evidence, extended towards a particular individual for whom not every detail can be known.

Kate says that her next move is potentially towards a PhD but she is examining her available options – as an experienced researcher her other idea is to continue working for an income and self-supporting her research towards a book project that might build on Ann Duck’s case by unearthing other subjects from the same period of British history. 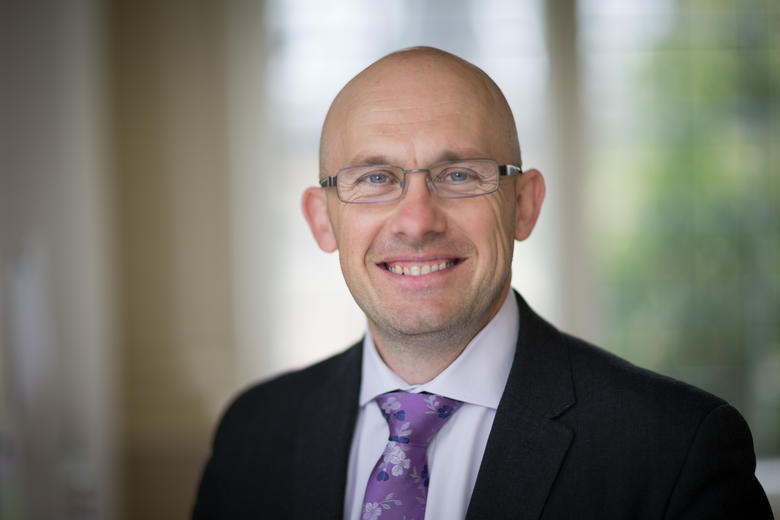 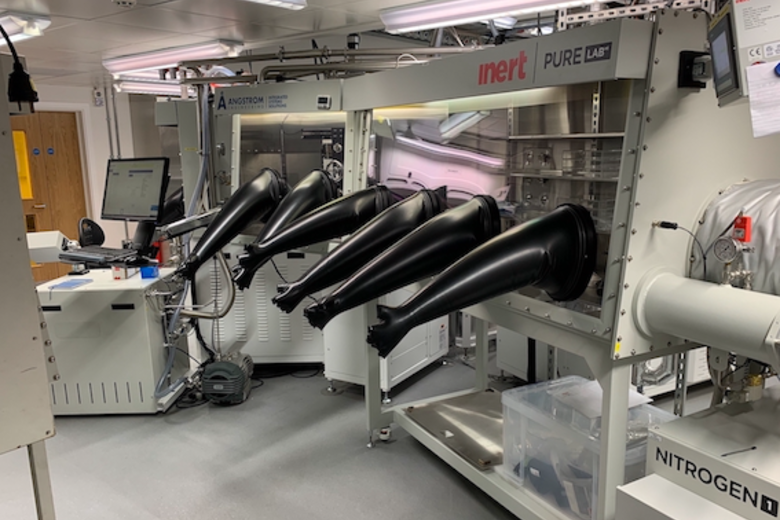 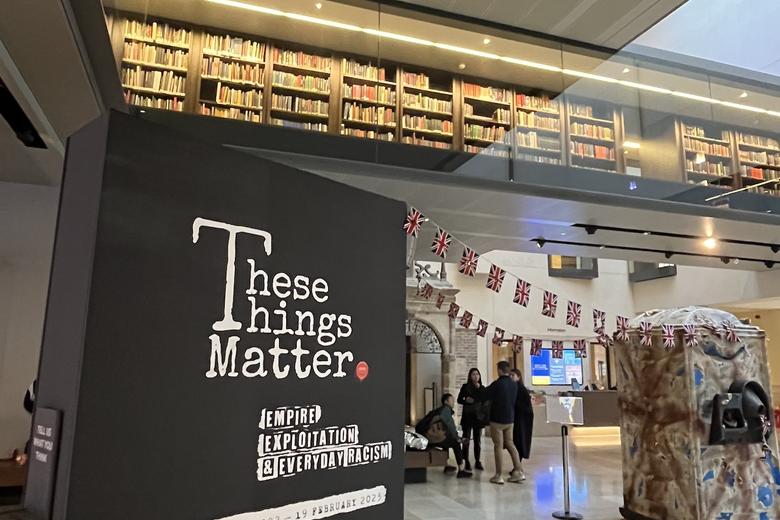 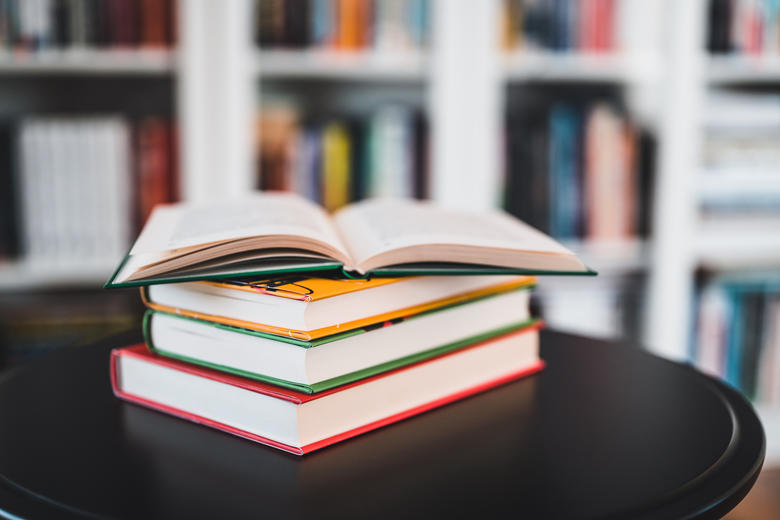 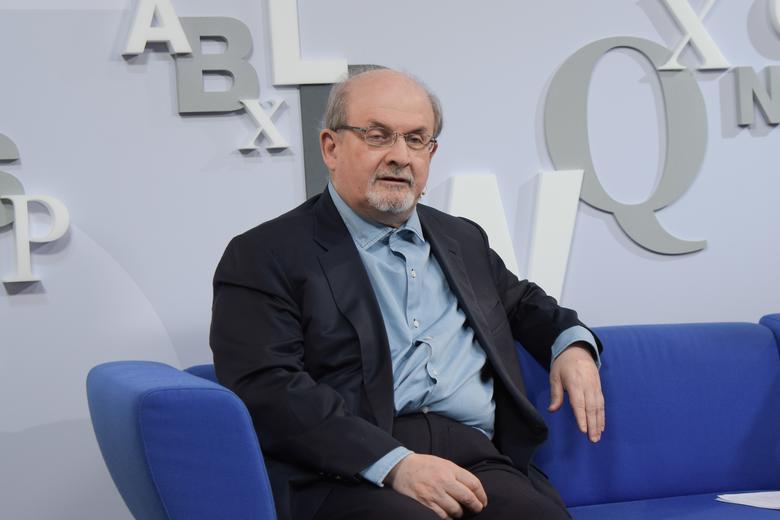 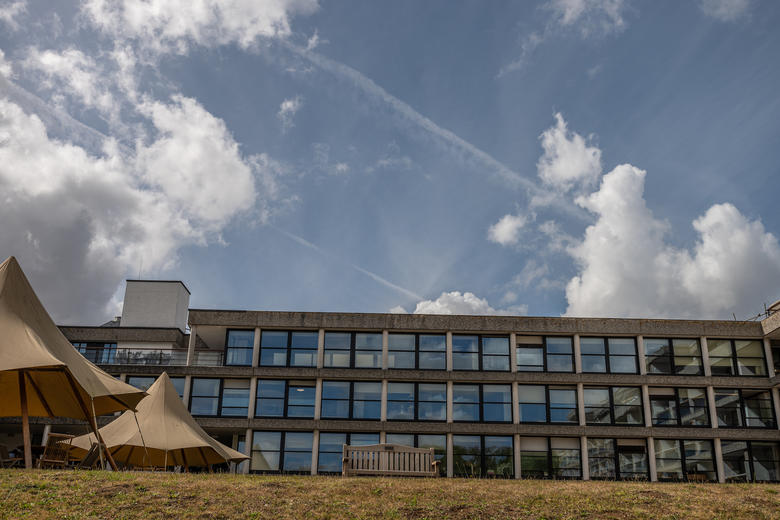 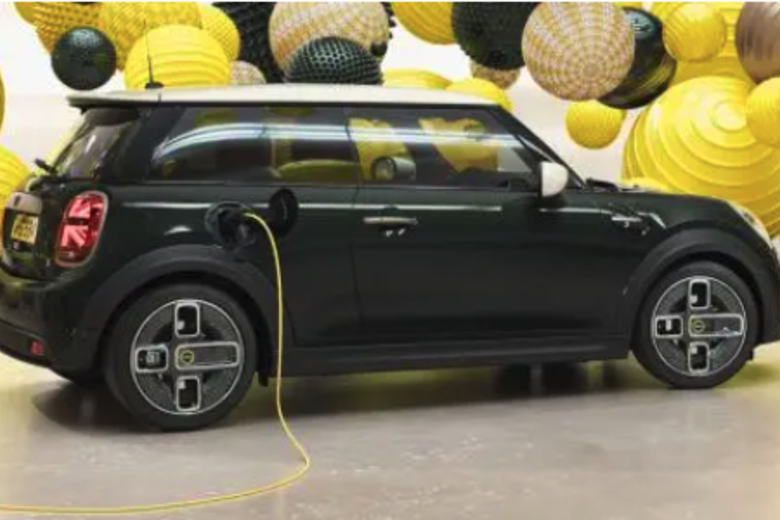 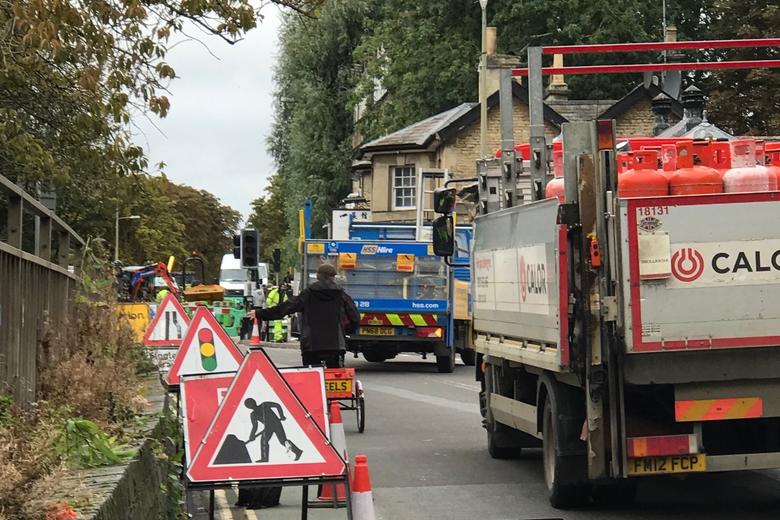 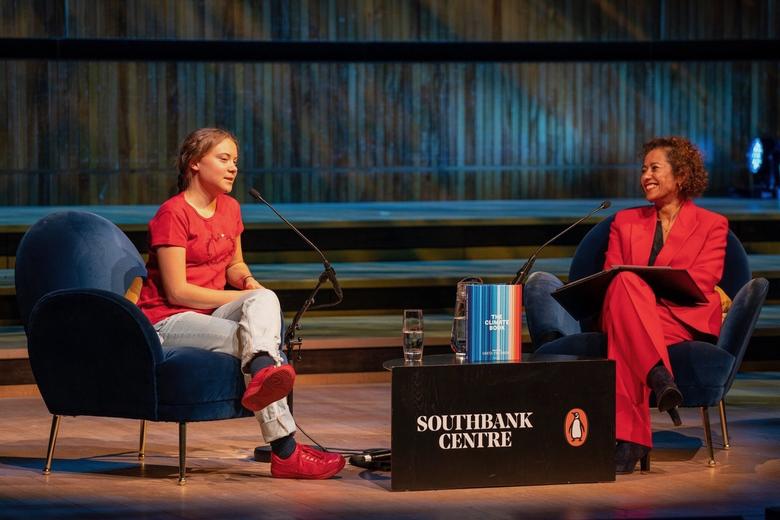 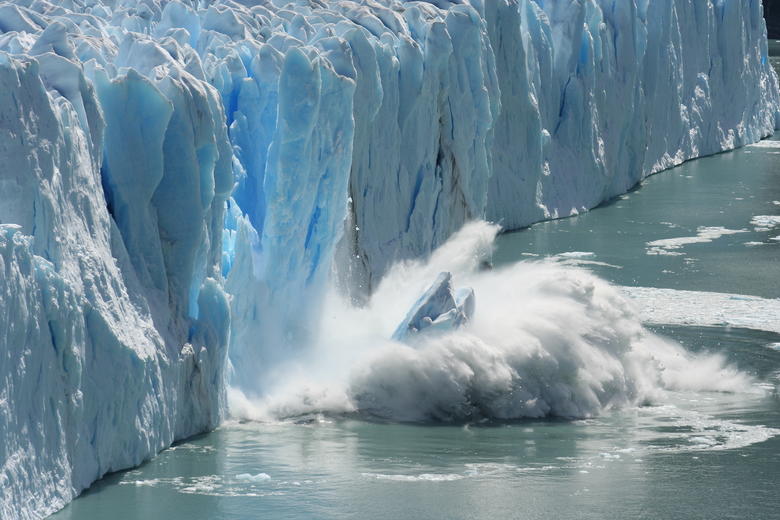 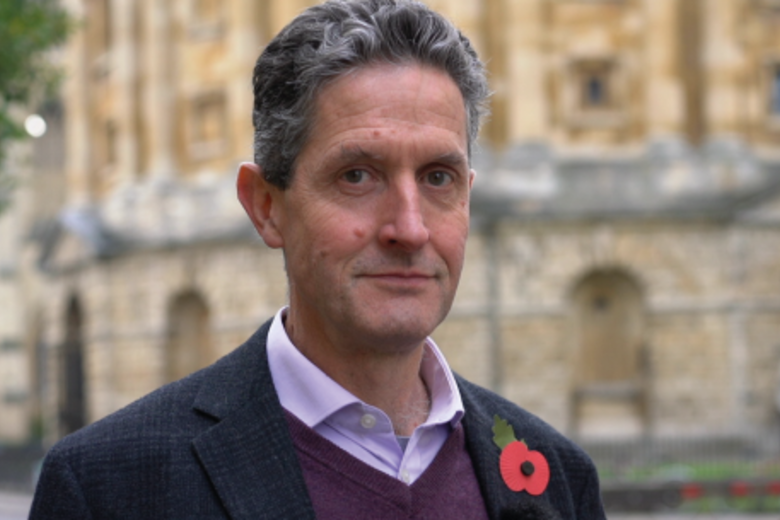 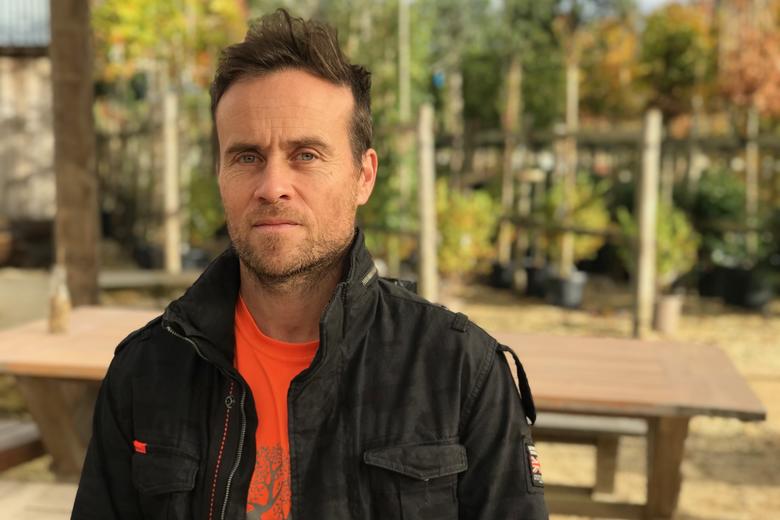